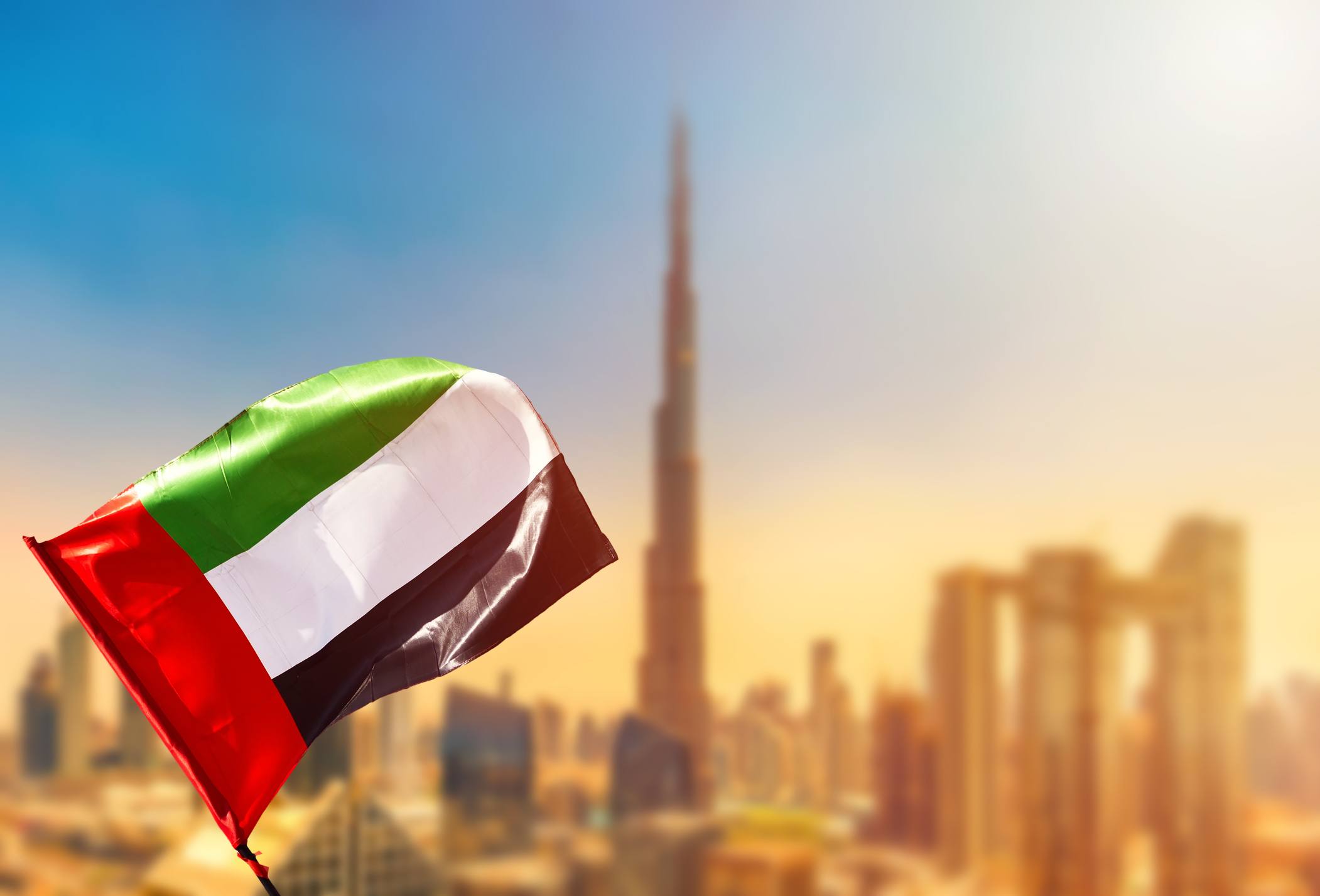 The United Arab Emirates (UAE) recently made two significant military procurement decisions: it would buy the French-made Rafale fighter jet, its weapons, and a dozen Airbus H225M Caracal helicopters for combat search and rescue and anti-ship missions; and, it was suspending discussions with the U.S. for the purchase of the F-35 Lightning II fighter, MQ-9B Reaper drones, and air-to-air and air-to-ground weapons due to “technical requirements, sovereign operational restrictions, and cost/benefit analysis.”

Despite the Dear John letter, the emirate said we can still be friends: “The U.S. remains the UAE’s preferred provider for advanced defense requirements and discussions for the F-35 may be re-opened in the future.”

U.S. Secretary of State Antony Blinken replied “We remain prepared to move forward with both [fighter aircraft and drones] if that is what the Emiratis are interested in doing.”

The Wall Street Journal reported the U.S.-UAE discussions foundered over U.S. concerns the UAE would allow China access to the F-35’s technology, though the Emiratis previously argued they have a perfect record of protecting U.S. technology.

The UAE won’t be allowed to make any modifications to the F-35, but French president Emmanuel Macron directed Thales, the builder of the Rafale’s electronics to give the UAE access to all the black boxes. Another Middle Eastern country refused to buy U.S. aircraft after Washington demanded information on every sortie, said it would install spyware on the aircraft, and expected the customer to pay the cost of its snap inspections.

The U.S. been concerned about the UAE-China relationship for some time. Washington is worried about the deployment of Huawei 5G wireless technology in the emirate and other members of the Gulf Cooperation Council. The emirate no doubt feels 5G is critical to its competitiveness as a global business hub and tourism destination; the U.S. likely thinks Chinese 5G will give Beijing access to business, military, and political information in the emirate, an operating and transit site for U.S. military forces in the region.

Recently, the UAE, after a U.S. demand, terminated a Chinese-funded $1 billion project in the Khalifa Port Free Trade Zone the U.S. said had military applications. U.S. President Joe Biden spoke about the project to Abu Dhabi Crown Prince Mohammed bin Zayed who said he heard Biden “loud and clear,” though the emirate later declared, “our position remains the same, that the facilities were not military facilities.”

This must seem like Groundhog Day for the UAE. In 2006, Dubai-owned DP World was forced to back out of an approved purchase of port management contracts at six major U.S. seaports after the U.S. Congress opposed the deal. Fifteen years later the UAE is learning it can’t even conclude a seaport project at home without a U.S. intervention.

As a result of the U.S. arm twisting, the UAE may have to make an offsetting accommodation to China that the U.S. will like even less, a prime example of “it seemed like a good idea at the time.”

And it’s not just UAE-China ties. Washington is looking askance at attempts by the UAE, Iran’s third-largest trade partner (behind China and the European Union), to improve relations with Tehran, despite the occasional hiccup like Iranian threats after the UAE normalized relations with Israel.

Recently a U.S. delegation visited Abu Dhabi and warned the Emiratis the U.S. has “visibility on transactions [with Iran] that are not compliant with [U.S.] sanctions,“ and ”Those banks and firms face extreme risk if this continues.”

Why is the U.S. taking a hard line with the UAE over trading with a large, consequential neighbor (Iran) or an emerging technology leader and investor (China)?

The U.S. administration says – and this time it means it! – it is pivoting to Asia. Washington may or may not succeed, but is loath that another regional or global power will fill the vacuum it creates by vacating the region, especially if the new guy is welcomed by the locals, as China seems to be.

The leaders of the UAE (and Middle East) were likely appalled by the livestreamed rout of U.S. forces in Afghanistan. Did they wonder: if the U.S. will walk away from an effort of two decades and over $2 trillion dollars, do their more modest engagements with Washington matter, regardless of what all those visiting officials say?

As to Iran, there is a large Iranian business presence in the UAE and, if Iran normalizes relations with the rest of the world, the emirate is in the prime location. The U.S. has levied sanctions on Iran since its client, the Shah, fled in 1979 and, in the UAE, that is 42 years of foregone business, all in the name of making the Americans happy. To the UAE, it makes as much sense as the U.S. not trading with Mexico.

And accommodating the U.S. may eventually hurt the UAE, which allows U.S. forces to attack Afghan targets from its bases. The emirate will be a handy target if Al-Qaeda or the Islamic State decide to retaliate for a U.S. strike.

Regarding China, the UAE “has emerged as China’s primary economic partner in the Gulf” and there are more than 4,000 Chinese companies operating in the UAE. The UAE and China are  partners in energy, e-commerce, and transportation, and the emirate wants cooperative relationships with Chinese universities to bring technology R&D to the Gulf.

A significant Chinese presence in the UAE would be a boost to Beijing’s project to build strategic strongpoints, ports with “dual-use commercial-military capabilities,” as part of the Maritime Silk Road. The strongpoints are less visible than naval bases, and easier to negotiate than a full-up foreign military base. But, with the exception of specialized weapons-handling facilities, civil and military port facilities are identical, so it is possible the “information” the U.S. gave the UAE about the Khalifa port project was really disinformation to disrupt the growing Chinese-UAE relationship.

China dominates the commercial maritime sector while the U.S. role is seriously diminished. For example, China leads the U.S. in bulk carriers, container ships, oil tankers, natural gas carriers, and chemical tankers. China is the leading manufacturer of shipping equipment, is invested in 100 ports in 60 countries, and is home to seven of the ten busiest ports in the world. Compensating for unfortunate maritime policy choices by using third parties to check China’s growth may work in the short term but won’t change the underpinnings of China’s maritime strategy, and those third parties will weary of being press-ganged into Washington’s war on Beijing.

International business travelers appreciate the UAE’s location, amenities, and business friendly environment. So too do traveling American security service officials who will be rapidly identified and cataloged if the UAE adopts China’s surveillance technology. It’s no joke: the Dubai police rapidly identified the members of the Israeli hit team that killed Hamas official Mahmoud al-Mabhouh – and that was using 2010 gear. The U.S. intent may be to displace China as a surveillance technology supplier and, instead of a backdoor to Beijing, the backdoor will be to Washington.

The government of Iran doubled the budget of the Islamic Revolutionary Guard Corps (IRGC) for 2022. Some that money will fund the ongoing expansion of the IRGC’s naval force which regularly exercises keeping foreign navies out of the Gulf by blocking the Strait of Hormuz, which sees a daily flow of “about 21% of global petroleum liquids consumption.”

The UAE would have found those F-35s and drones useful to counter Iranian naval pressure, but operational restrictions that limit their use to U.S.-approved scenarios will make the UAE military an arm of the U.S. and limit its local freedom of action if that would conflict with U.S. goals wherever else Iran is active, such as Lebanon. So much for a U.S. Middle East policy to “…work with our regional partners to deter Iranian aggression and threats to sovereignty and territorial integrity…”

The UAE’s ruling families enjoy public support to the extent they focus on economic fundamentals. The Emirates’ leaders may be ready to adjust aspects of their strategy and tactics to cooperate with the U.S., but Washington appears to be oblivious to – or maybe it just doesn’t care – if its preferences negatively affect the economies of its friends.

Given the meaningless successes Washington scored against the UAE’s sovereignty there’s one question: Was the “cost/benefit analysis” the UAE referred to about its  wider relationship with America or just the F-35?