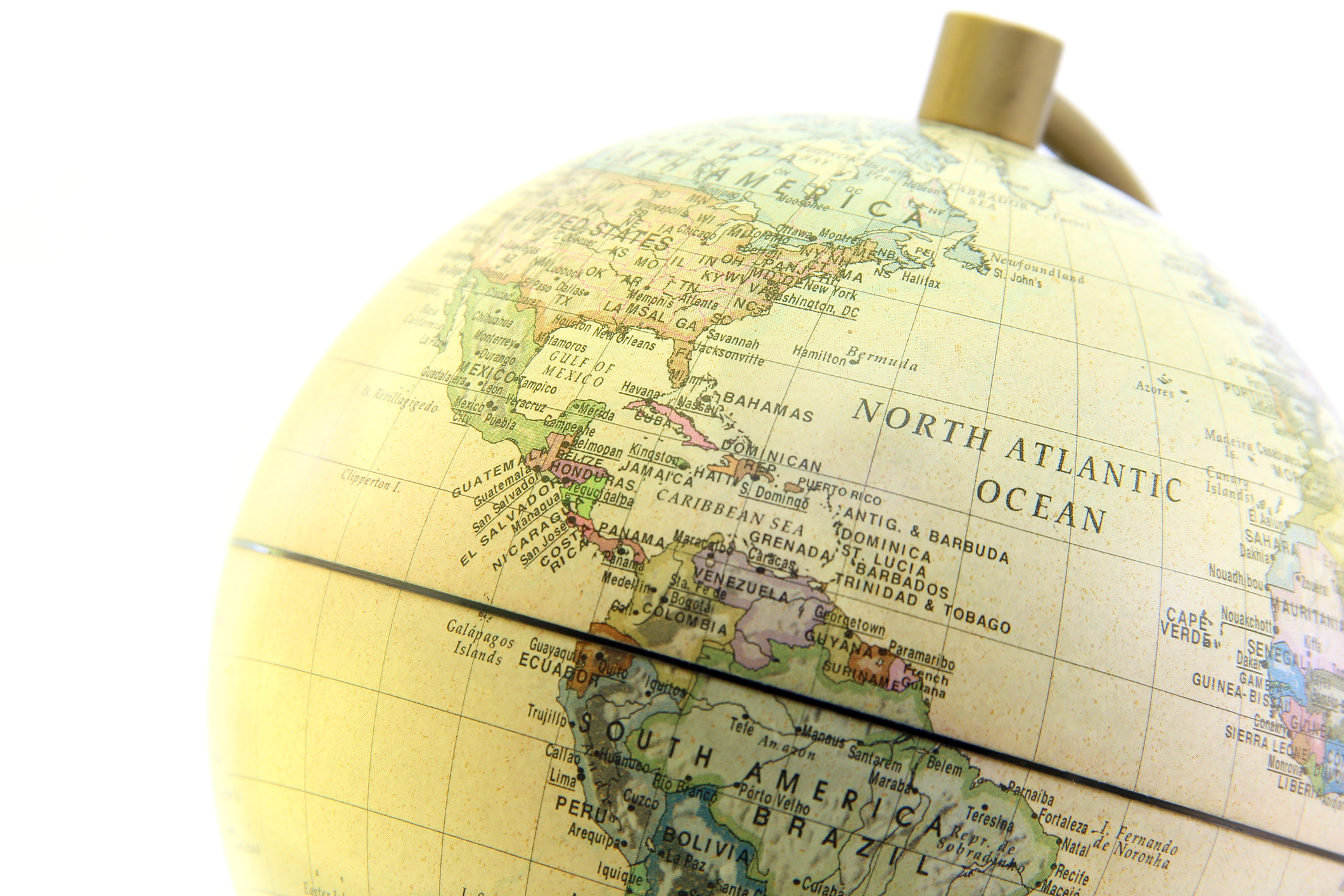 In thinking through operations in the North Atlantic, there is a strategic triangle among the seabases, the land bases and airpower which enable the combat effects to be delivered throughout the North Atlantic defense arc from Florida to Finnmark.

As the Marines go ashore, or operate afloat, what is the major focus, mission or contribution?

One area of interest is the evolving capabilities for the reconnaissance mission.

How might ashore Marines throughout the arc connect with the U.S. Navy, the Air Force, and allies, to provide enhanced information central to the fight?

But for this to work, the C2 side of the equation needs to be significantly worked.

How does Navy C2 onboard the amphibious and strike fleet integrate to provide a grid into which Marine Corps reconnaissance information most effectively flow?

This is clearly a challenge as was highlighted during a discussion at Camp Lejeune in April 2021 with Lt. Col. Macsay, an Expeditionary Operations Officer. “We have got to get past the idea that the Navy has one lane, and we have another. If there’s specific skills and functions that we can do and ones they can do, then we need to work ways to operate more effectively together?”

The Marines having worked ashore in the land wars, have worked very effective C2 for fires solutions ashore. The Navy is focused on C2 for the blue water fight. How can these two efforts become blended with a more effective capability to work the triangle of sea bases, airpower, and ashore forces?

This is a significant strategic reset that requires training, experimentation, and acquisition of capabilities to enhance their ability to work together.

Scalability of the force is a key capability which is the target of Marine Corps-Navy integration but how to enable such a capability?

A related challenge is honing skills operating as a distributed force within an integrated battlespace.

This means shaping new skill sets, and in Lt. Col. Macsay’s words: “Building a discipline that allows us to actually deploy with distributed command and control. This requires shaping capabilities where the overall commander can have a serious level of confidence in the distributed force’s ability to carry out command guidance.”

And this needs to be done in a denied combat environment as necessary.  For this to happen, reducing demand on communications bandwidth is required.

This requires enhanced training of the forces working together in the distributed combat environment so that there is a good deal of in Lt. Col. Macsay’s words, “implicit understanding of what to do” that does not need to be communicated over networks sucking up bandwidth.  This makes the training function increasingly important to shaping the new combat approach and capability to be relied upon in North Atlantic defense. Rather than having to do too much explicit communications, “we need to shape enhanced implied communications capabilities.”

By reshaping operations, and the exercises that support the process of changing how to operate, the template for change is created within which technologies can be identified which further the approach.

Rather than waiting for new technologies that operate as magic wands to deliver feasible Marine Corps-Navy integration, the approach of Second Fleet and Allied Joint Force Norfolk has been to craft the template now and technology will follow seems to make a lot of sense to North Carolina based Marines.

As the Marines work with the U.S. Navy to reshape capabilities for the maritime fight, two key elements for successfully doing so are the right kind of C2 for distributed integrated operations and logistical capabilities to support such a force.

The logistics piece is not an afterthought, but a key enabler or disabler for mission success.

With a sea-based force the force afloat has significant capability built in for initial operations, but the challenge is with air and sea systems to be able to provide the right kind of support at the right time and at the right place.

Engaging in operations against a peer competitor means that the force needs to be able to operate end to end in terms of secure communications and logistics.

Ensuring an ability to operate from home ports or allied ports is part of the security challenge; finding ways to use air systems to move key combat assets to the various pieces on the operational chessboard in the Atlantic is crucial; and having well placed and well protected stockpiled supplies which can be moved to support the force is a key part of the overall logistics puzzle which needs to be solved.

Lt. Col. Perry Smith recently retired from the USMC but I interviewed him earlier this year when he was the senior strategic mobility officer for II MEF. He and his team focus on the end-to-end supply to the force, through air, sea and ground movements to deploying or deployed forces. As he noted in a discussion at Camp Lejeune in April 2021, the Marines work end to end transportation which means that “the embarkers at the units actually do all the preparation for their own equipment, do all the certifications, do all the load planning, and move their units out.” But when force mobilization occurs for the joint force, the Marines are competing with the other services for lift support, and in North Carolina this means that they are competing with 82nd Airborne Division “for the same ports and airfields.”

First, there is the ability to support the initial deployment of the force.

And secondly, there is the challenge of sustaining the force going forward.

For the Marines, the logistics piece comes in two parts, namely, support afloat and support ashore, so there is a “naval slice and a ground slice.”

The Trident Juncture 2018 exercise provided an opportunity to work closely with the Norwegians on finding more effective ways to work with their domestic transportation systems, including capabilities like Norwegian ferries, to move equipment and supplies into the operational areas. As Lt. Col. Smith put it: “What I saw at Trident Juncture was their willingness to make this plan work because they have to. I think they depend on us in a time of need to be able to do reception staging, onward movement, and get to the point where we can back them up in a fight if we needed to.” And to do this requires shaping as seamless as possible a logistics supply line.

As CNO Richardson stood up the Second Fleet, a key focus was on incorporating the High North into the shaping of new defense capabilities. To do so from a USMC point of view is challenging because of limited logistical infrastructure and the clear need to rely on air systems with fairly long legs, which means the Osprey and the coming CH-53K.

There is also the challenge of the environment. As Lt. Col. Smith highlighted: “In the Pacific, you don’t have the problems we have in the High North with sub-zero temperatures with 24 hours of sun in the summer and two hours of daylight in the winter.”

The Norwegians are very competent in such conditions and the Marines have a lot to learn from them, and leveraging the kind of clothing, and telecoms equipment which they deploy with would make a great deal of sense. As Lt. Col. Smith put it: “How do we take advantage of the knowledge of our allies and leverage their capabilities for our forces to enhance our own survivability and lethality?”

The communication challenges are significant.

As you operate from sea, and work with an expeditionary base, linking the two is a challenge, which requires having an airborne capability to link the two. When looking at the North Atlantic arc from North Carolina to the Nordics, strategic mobility is delivered by a triad of airlift, sealift and pre-positioning.

Where best to pre-position?

How best to protect those stockpiles? And how to move critical supplies to the point of need rapidly?

Reworking the Marine Corps force to work more effectively with the U.S. Navy requires a reset of the logistics enterprise.

As Lt. Col. Smith articulated the challenge: “How do you shape convergence of your technology, your tactics, your techniques and procedures with the assets which are available to an effective combat force?”

Good question. That is challenging with the force you have, let alone for some future force.

What can be too easily overlooked is that adding new platforms, deliver new capabilities only if they can be used by the operating forces effectively and in a sustained operating environment.

As Maj. Gen. Cederholm, the CG of 2nd Marine Air Wing put it: “We operate all over the globe. Right now, we have forces all the way from Europe into the Far East, and everywhere in between. The sun never sets on 2nd Marine Aircraft Wing. We have to have a ready force and generate combat power today as we face the challenges of transformation tomorrow.

“We can never lose our readiness trait, or our ability to respond immediately when called upon.”[1]