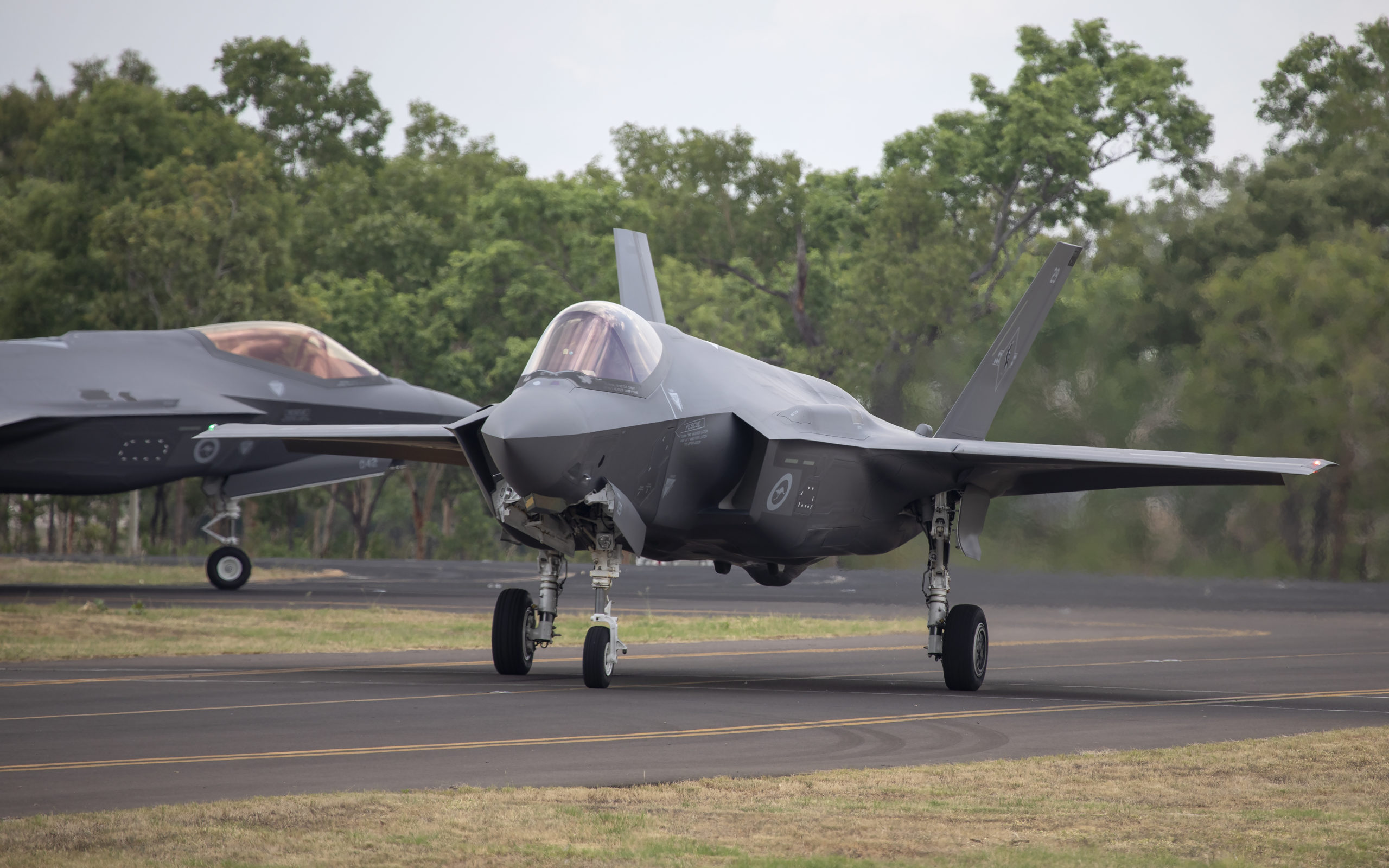 The Royal Australian Air Force has based its first Lockheed Martin F-35As at RAAF Base Tindal near Katherine in the Northern Territory.

The aircraft are the lead elements of the RAAF’s 75SQN which is transitioning to the new aircraft after the retirement of the final F/A-18A/B Hornets on November 29. The squadron will have a complement of 16 F-35As by the end of 2022, and will again be Australia’s forward-deployed air combat unit.

The four aircraft ferried to Tindal from RAAF Williamtown on December 2, and were supported by a KC-30A MRTT from 33SQN at Amberley. Fittingly, one of the F-35As transferred to Tindal is A35-029, keeping the ‘29’ tail number – which was proudly worn by the units commanding officer’s aircraft throughout the Hornet’s operational life – in the squadron.

“The Tindal-based F-35As will assure the ADF’s ability to deter or defeat threats to Australia’s interests and strengthen our ability to project potent air power into Australia’s immediate region,” Defence Minister Peter Dutton said in a December 9 statement.

“The F-35A-equipped 75 Squadron will capitalise on frequent opportunities to bolster interoperability with US rotational aircraft deployments, and other Enhanced Air Cooperation activities that will take place in the Top End as announced at this year’s AUSMIN,” he added.

On December 9, Lockheed Martin Australia posted on its LinkedIn page , “We welcome the first four F-35s to be permanently assigned to Royal Australian Air Force Base Tindal No. 75 Squadron. The RAAF’s expanding F-35 fleet will further enhance Australia’s 5th Gen air combat capability and interoperability with other F-35 users in the region.

“Lockheed Martin is proud to be the F-35 OEM & prime sustainment partner with the RAAF and our Northern Territory suppliers in standing up F-35 capability at RAAF Base Tindal,” it added.

75SQN is the fourth and – at present – final RAAF unit to transition to the F-35A. The first was 3SQN which, in 2018, re-established at Luke AFB in Arizona to take on the first RAAF jets and ferry them back to Australia. This was following by 2OCU – the RAAF’s dedicated F-35A training and operational conversion units for pilots and maintenance personnel – in 2019/20, and 77SQN in 2020/21.

Facilities built at Tindal in recent years to accommodate the new jets include a new squadron headquarters, climate-controlled hangars, a training centre with two simulators, upgraded dispersed carports, and taxiways, while a runway extension and larger air movements ramp is planned to accommodate larger aircraft in the future.

The RAAF has now taken delivery of 44 of a currently-planned 72 F-35As, with 16 more scheduled to be delivered in 2022, eight in 2023, and the final four in 2024. Initial Operational Capability (IOC) was declared in December 2020 following the completion of the first operational conversion course conducted by 2OCU in Australia, and the declaration of a full operational capability (FOC) is scheduled for 2023.

This article was published by ADBR on December 9, 2021 and was written by Andrew McLaughlin.

Featured Photo: No. 75 Squadron F-35A Lightning II aircraft A35-029 taxis on arrival at RAAF Base Tindal, Northern Territory.  No. 75 Squadron, RAAF Base Tindal, Northern Territory, is now home to four fifth-generation F-35A Lightning II multirole fighter aircraft. With two, of the unit’s eventual 16, F-35As arriving at their new Top End home on 2 December 2021, and an additional two arriving on 8 December 2021. The F-35As travelled to their new home with air-to-air refuelling support provided by a No. 33 Squadron KC-30A Multi-Role Tanker Transport aircraft.

Operating from RAAF Base Tindal, the No. 75 Squadron F-35As will enhance the Australian Defence Force’s ability to deliver a potent air combat capability from the Northern Territory.