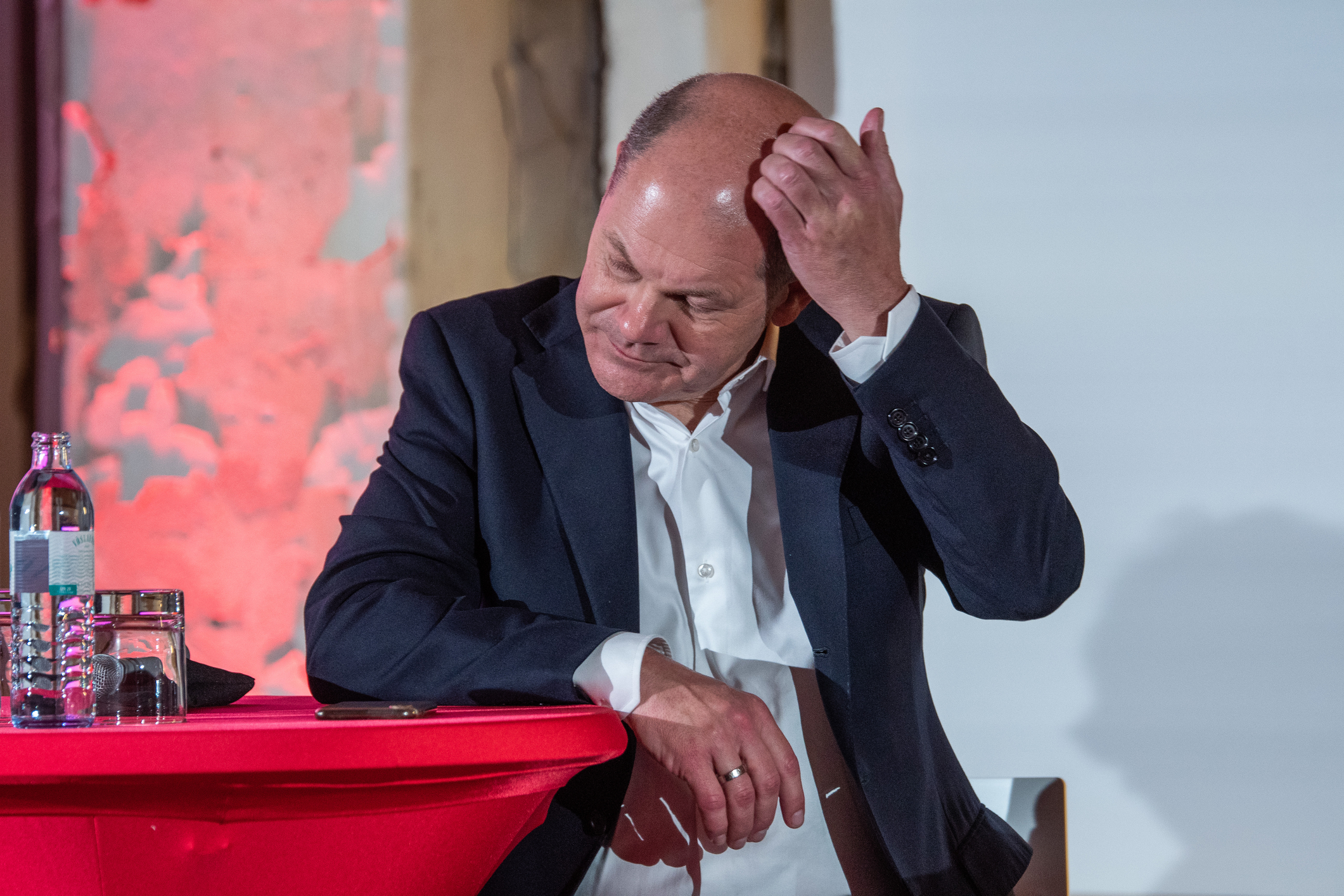 The new German government’s response to the evolving situation between Russia and Ukraine has been both underwhelming and complicated.

Along with responding to the recent spike in Covid-19, peaking at well over 100,000 new cases a day, managing the Ukraine crisis has been a serious test of how Chancellor Olaf Scholz’s three-way coalition government—between his Social Democrats (SPD), the Greens (with Foreign Minister Annalena Baerbock as co-leader) and the pro-business Free Democrats (FDP), led by Finance Minister Christian Lindner—functions. The other key player on the Ukraine issue is the defence minister, the SPD’s Christine Lambrecht.

The jury is still out but the early indications are not promising. Germany, and Scholz himself, have been criticised for being too passive and not more strongly supporting Western positions on Ukraine. The chancellor’s public comments have been weaker than fellow NATO and European leaders. It’s hard to escape the conclusion that Scholz prefers to leave the main running to his foreign and defence ministers. He also doesn’t want to jeopardise Germany’s economic relationship with Russia, especially as a source of energy. Germany is therefore very wary about the possible imposition of sanctions on Russia.

So, despite the evident energetic activity of Baerbock and Lambrecht (strong public comments and meetings with the key players, including in Moscow), the Scholz government has taken a minimalist position on the Ukraine crisis. It wants a wider EU role in the crisis and has strongly advocated negotiations, possibly to be chaired or facilitated by Germany and France, rather than just leaving things in the hands of the United States and Russia.

It has categorically ruled out supplying military personnel or German-made or -supplied equipment to Ukraine, including from third countries such as the Baltic states. It argues that supplying military personnel or equipment to a potential war zone just makes things worse. To use Lambrecht’s words, this would not ‘currently be helpful’. It has instead announced that it will send a fully equipped field hospital (with associated training) to Ukraine in February. That’s about as low-key a contribution as Germany could make.

Needless to say, Ukraine has been forthright, in Kyiv and through its ambassador in Berlin, in rejecting the German position out of hand, arguing that it desperately needs ‘defensive’ military equipment from Germany. The Ukrainian ambassador called publicly for an ‘immediate rethink’ of the German decision, noting that Ukraine needed ‘100,000 helmets and body armour’. Lambrecht has ruled out this request.

But the German government is sensitive about sounding too pro-Russian. The head of the German Navy, Vice Admiral Kay-Achim Schönbach, resigned from his position (perhaps having been leant on firmly by his minister) for comments made at a conference last week in New Delhi. The vice admiral told his audience that talk of a Russian invasion of Ukraine was ‘nonsense’, that all President Vladimir Putin wanted was ‘respect and to be treated as an equal’, adding ‘my God, to give someone respect costs almost nothing’. He reportedly said that the Crimea would never return to Ukraine and that Ukraine would never meet the criteria for NATO membership. Clearly, these were unwelcome and uncomfortable comments for the German government, especially coming from such a senior military leader.

Germany’s approach to possible sanctions against Russia, should it invade Ukraine, has also been very weak—although imposing sanctions is not as easy as it sounds. The sanction most discussed in the context of Germany is closing or not proceeding (for now) with the Nord Stream 2 gas pipeline. Taking action here would certainly be a substantial blow to Russia’s gas exports and send a significant message of disapproval to the Russian leadership. The pipeline is finished and is awaiting regulatory approval at the European end. That is expected in a few months but isn’t a decision for Germany alone, a further complication.

The problem with the pipeline is that it bypasses a number of countries, most notably Ukraine, on its way from Russia to its biggest customers, especially Germany. So Russia could send more gas through Nord Stream 2, cutting off Ukraine and some others. This would be disastrous for Ukraine in particular.

But handling the growing pressure on Germany to support sanctions against Nord Stream 2 will be a challenge for the new German government. Russia is a major supplier of energy to Germany, providing somewhere around 35–40% of its energy imports. It is highly dependent on Russia for its energy, not just for powering industry but also (in the middle of winter) for providing heating for German voters. The price of gas is already very high and it would go even higher if sanctions were imposed, so sanctions would be a major domestic issue for the Scholz government.

Given the pressure, Scholz has had to concede that acting against the Nord Stream 2 pipeline is something that would need to be ‘discussed’ if Russia invaded Ukraine. But it’s clear that he’d prefer to avoid such a step.

And the politics of the governing coalition are also a problem. The Greens, under Baerbock, support sanctions against Nord Stream 2. They would like to see the pipeline closed down now, for good, to reduce Germany’s use of fossil fuels. Nord Stream 2 will lock Germany into gas supplies from Russia for decades to come.

All of this is not necessarily new. Even under former chancellor Angela Merkel, Germany was under great pressure, not least from the US, not to proceed with Nord Stream 2, given that it would increase its energy dependence on Russia. And Germany has always been wary about sanctions in general.

So while the Ukraine–Russia problem is an unwelcome one for Scholz and his government, the German response so far has been a weak one, especially given the country’s weight and importance globally. It’s also a serious test for the new chancellor. Merkel’s international status and experience meant she was able to speak directly to Putin. This she did, often. It would have been interesting to listen in on some of those conversations, particularly when Russia annexed Crimea in 2014. Scholz has spoken to Putin but only by way of an introductory call last December. He certainly needs to become more active if he is to support Western positions on this new crisis.

A Perspective on Ukrainian Security: The Changing European Order

Europeans and the 2022 Ukraine Crisis