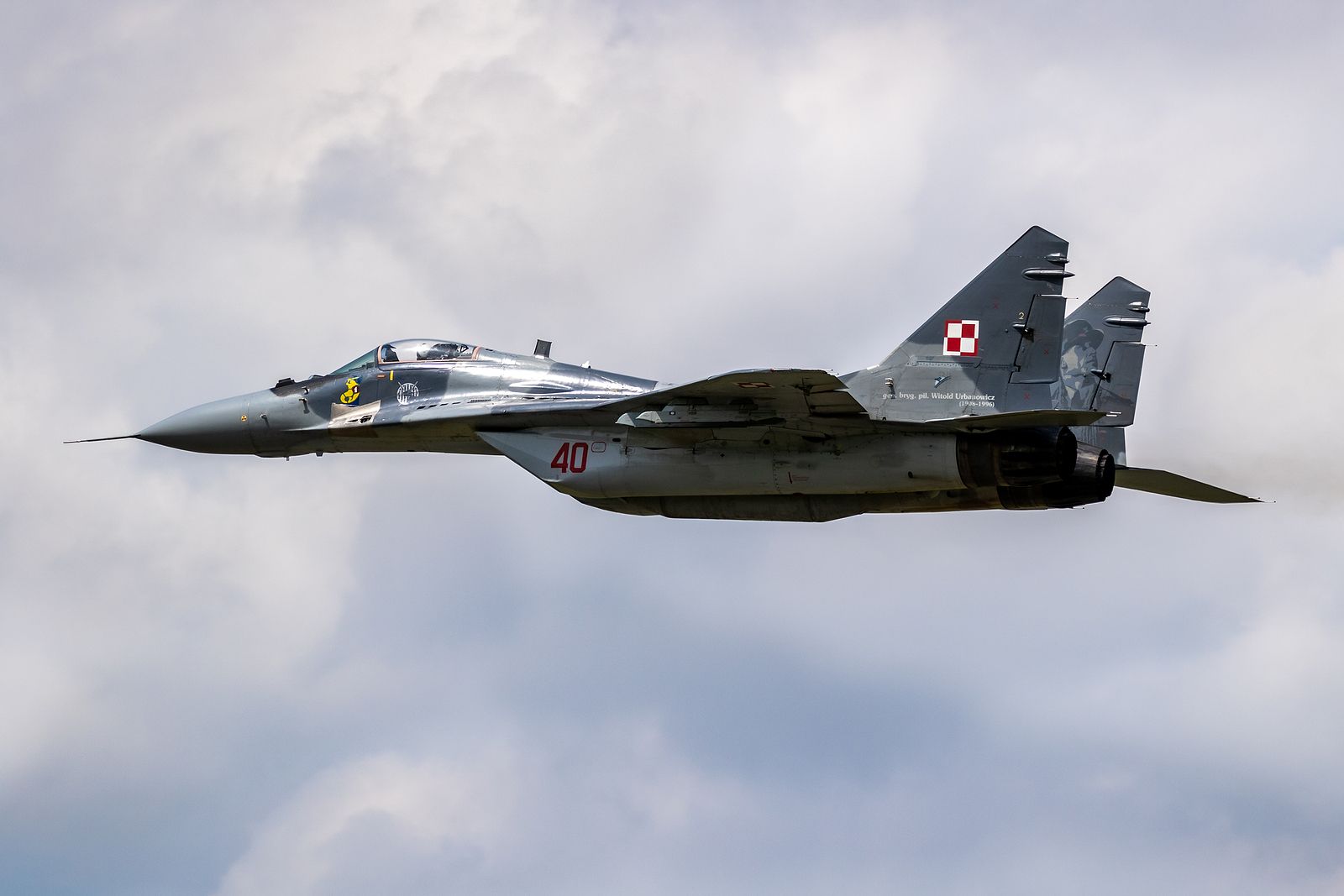 There is no doubt that all discussions and plans regarding a possible transfer of the MiG-29 jet fighters from any NATO member states to Ukraine should have been carried out in a full secrecy.

Unfortunately, some Western officials (including Joseph Borrell, EU’s “Foreign Minister,” who reportedly was the first person who revealed this) were unable to remain silent and the whole story soon leaked to the press.

Very quickly Poland – one of few NATO users of these ex-Soviet jets – found itself at the center of a heated discussion.

This incident deserves a comment not only because Ukraine would receive a significant military support, but also because the Biden Administration in its handling of this issue has shown exceptional carelessness and has created a threat to Poland – its ally.

Was this a cynical attempt of the White House to put an unacceptable pressure on Poland?

Many in Warsaw started to question the real intentions of the Biden Administration’s in its handling of the MIG-29 issue.

Such a narrative is now echoed by pro-Russian commentators in the West who always have been accusing the United States of impure intentions and an attempt to deliberately push Poland into a conflict with Russia.

First it was U.S. State Secretary Anthony Blinken who informed that NATO member states – such as Poland – that they had a “green light” and can supply Ukraine with the MiG-29 jets.

According to the Polish authorities, this announcement was not negotiated with Warsaw.

This was the first error made by the United States.

Such announcement should have never been made in public, because it put a pressure on Poland and pushed Warsaw to the front, while security issues – especially now, during a wartime – should be discussed and agreed collectively.

Blinken’s words can be perceived in the stress of conflict as an attempt to force Poland to make a unilateral decision to hand over the planes to Ukraine.

The handover of planes to Ukraine by Poland would strengthen Ukraine’s capabilities, while the United States would remain uninvolved (it would not have to pay political costs of such difficult and controversial deal).

If successful, the White House would seize an opportunity to present this issue as a collective success of NATO under the U.S. leadership.

However, in case of any setback, the same story would be portrayed as an individual, ill-considered and unwise decision made by the authorities in Warsaw who had not consulted their allies.

CNN even stated that “Poland caught the United States by surprise with a proposal to provide its Soviet-era fighter jets to Ukraine” but in fact it was Poland, who was unpleasantly surprised in the first place.

Warsaw decided to “throw away a hot potato” back to the Americans.

Warsaw’s reaction was a masterpiece: the Polish government announced that it was ready to deliver, without any costs, all MiG-29s it has to a U.S. air base in Germany (Ramstein).

The message coming from Poland was clear. We are ready to take some risk associated with this deal, but we expect our allies to share it with us, since we cannot afford to pay all cost – political and potentially also military – alone.

We expected the United States and other NATO member states to provide a much needed political and security umbrella.

Poland’s Vice Minister of Foreign Affairs Paweł Jabłoński said that explicitly: “Poland cannot be the only NATO country to bear the risk, while other states do not either compensate or share a risk with us.”

As a NATO frontline country with a shared border with Russia, Poland has significant reason to be cautious.

From a Polish point of view the behavior of the Biden Administration looked like this: A decision to send jets to Ukraine was a good idea as long as Warsaw was expected to take a whole burden, but when other NATO member states were asked to assist, then the same idea suddenly became dangerous and started to “raise serious concerns for the entire NATO alliance” (as stated by Pentagon’s spokesman John Kirby).

Some commentators explained U.S. behavior as a mistake and innocent clumsiness, while others – particularly those in Poland – were reminded a scientific analysis of John Mearsheimer, who is a supporter of so-called realist school of international relations.

This well-known author wrote several books, including the one entitled “The Tragedy of Great Power Politics,” in which he described a highly cynical and instrumental policy a global power can follow.  It is known as “buck-passing” and means that other states – such as Poland (“buck-passer”) – are encouraged to take risks while a stronger state remains uninvolved, at least as long as its own security is not in a grave danger.

In other words, a burden and potential price is paid by a smaller ally, while a the global power can enjoy fruits of this policy.

The Biden Administration’s. calculation in the “MiG deal”?

We can only guess, but unfortunately the U.S. reputation in Poland was damaged.

This is the worst moment for any cracks within NATO.

Although the “MiG deal” seems to be dead – at least as long as the United Stated does not change its approach – it is important to equip readers not only with opinions, but also hard facts.

Poland has up to 28 MiG-29 jets, but not all of them are still operational.

All Polish MiG-29s are old and are expected to be retired soon.

Apart from political problems, there are also technical ones.

As noted by a leading Polish defense expert Juliusz Sabak (Defence24), in Polish MiG-29s “altitude is displayed in feet, distance in miles and speed in knots. Russian standards, used also in Ukrainian aviation, are meters, kilometers and kilometers per hour.

When it comes to training, even pilots flying the Ukrainian MiG-29 would need no less than a few months to get used to NATO’s MiGs.

Moreover, it would be necessary not only to train pilots, but also to replace on-board equipment, including with new communication and IFF (Identification Friend-or-Foe) systems, which would have to compatible with Ukrainian standards.