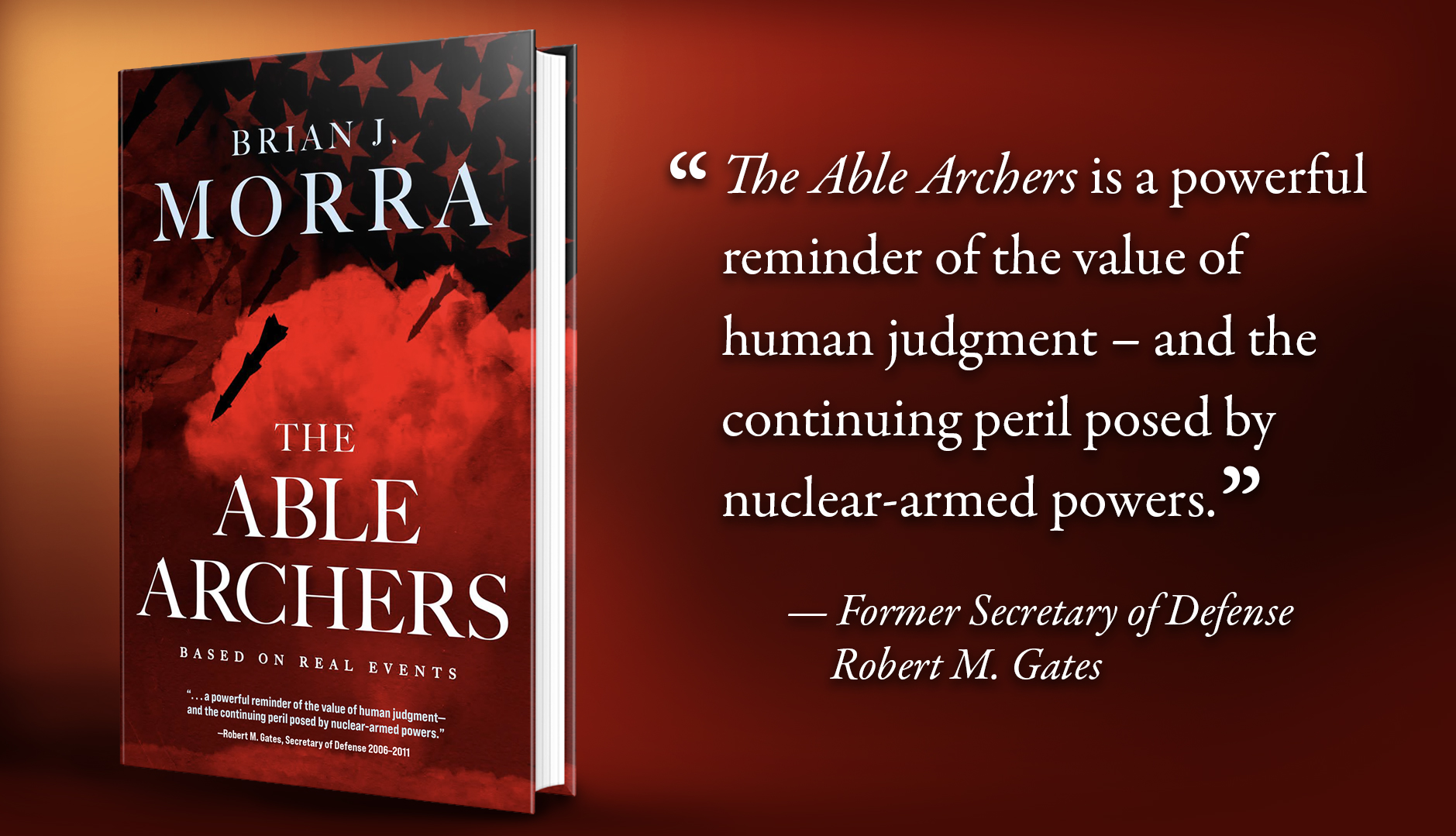 Vladimir Putin’s invasion of Ukraine has taken this topic from the domain of the abstract to that of contemporary reality.

The world is once again confronted by the prospect of a major war in Europe that has created a crisis that leaders must manage under the lurking specter of nuclear escalation.

This book takes the reader through such a crisis.

In 1983, the world stands at the brink of nuclear annihilation, and only a few people are aware of it.

A riveting story of how two men’s lives intersect in the midst of an existential crisis.

The Able Archers is told through the eyes of two key participants:  a young American intelligence officer, Captain Kevin Cattani; and his more experienced Soviet counterpart, Colonel Ivan Levchenko.  The story plays out from the skies over Siberia to the gritty, dangerous streets of East Berlin.

The Able Archers is a marvelously written and terrifying dramatization of the great nuclear war crisis of 1983 – a crisis that is little known but one that offers critically important lessons about how to manage fraught relations between nuclear superpowers today. The Able Archers places the reader inside both the Soviet and American sides of the 1983 crisis.

The human element makes the crisis personal and delivers a visceral reading experience.

It also highlights how the two sides view of the same events are very different and are predicated on divergent perspectives.

Cattani and Levchenko take turns narrating the action, putting the reader squarely in the shoes of these two fascinating protagonists.  In fact, all the characters are so compelling that both national security professionals and lovers of historical fiction will enjoy The Able Archers.

Selected praise for The Able Archers

“The Able Archers is a powerful reminder of the value of human judgment – and the continuing peril posed by nuclear-armed powers.”  Former Secretary of Defense Robert M. Gates

You can learn more about the book and pre-order The Able Archers now at Brian’s website www.brianjmorra.com.

You’ll find buttons on his site for both the Amazon and BN.com book sites where the book can be ordered or you can use the Amazon link below: