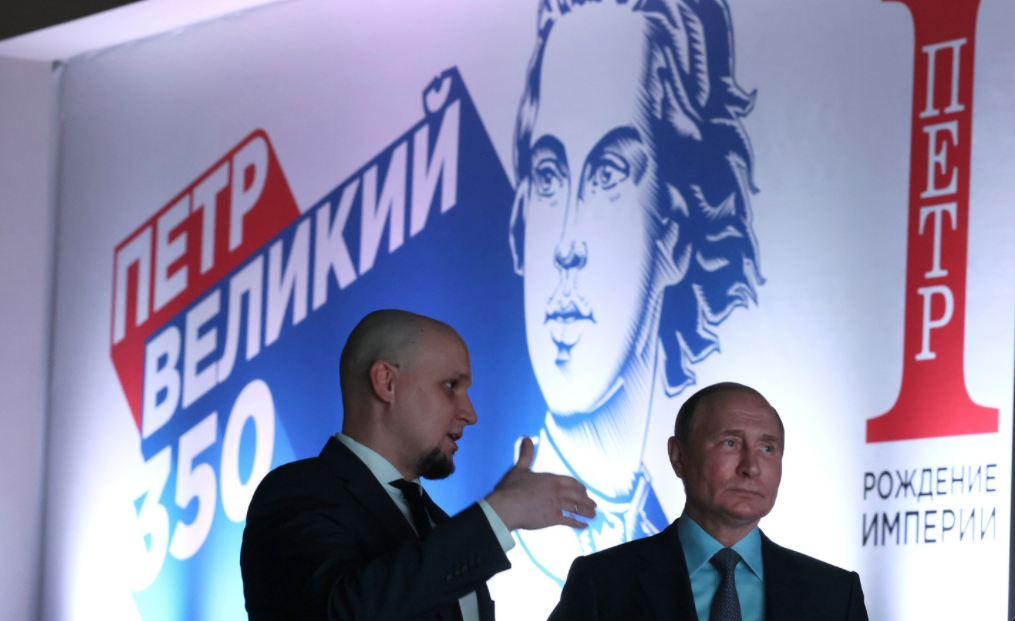 During that visit, they inaugurated an exhibition dedicated to Tsar Peter the Great’s stay in Paris and Versailles in May and June 1717. The exhibition ran from May 30 to September 24, 2017.

For Macron, this was part of his reaching out to Putin for a reconciliation and hoped for “normalization” of Russia within Europe itself.

In an interview with my  colleague Jean-Louis Gergorin, we discussed how Macron approached the Putin challenge.

“Macron has been very sensitive to the use of symbolism in his Presidency to set in motion his policy agenda. A key example is hosting Putin at Versailles prior to the 2017 G-7 meeting. Russia had been tossed out of the G-8 thereby making it the G-7. Despite that, Macron hosted Putin prior to the meeting and notably at Versailles.

“Gergorin outlined why Versailles was so important as a symbol for Putin. In short, when Peter the Great visited Europe in the time of Louis XIV, the king refused to host him at Versailles. When his successor was king, the regent convinced him to host Peter the Great at Versailles, in part because Russia had defeated Poland and Sweden and had become the dominant Eastern power. Versailles denied then granted to Peter the Great and the red carpet to come to Versailles for the man who sees himself in the tradition of great Russian leaders was not missed by Putin.

“The Russian leaders have been preoccupied throughout Russian history for recognition by Western leaders as an equal power. The conscious effort by Macron to bring Putin to Versailles was a clear statement by him that he recognized Russia as an equal partner, but as Gergorin put it: “Whatever that would then mean in concrete terms.”

That meeting and that exhibition seems to have taken place in a whole historical era different from the one we are entering.

And as part of the symbolism of the ongoing historical transition we are thrust into, we have another Peter the Great exhibition, this one being held in St. Petersburg itself.

According to a TASS article published on June 9, 2022:

“Russian President Vladimir Putin has visited a multimedia exhibition at the All-Russian Exhibition Center, dedicated to the 350th anniversary of the birth of Peter I, the first Russian Emperor.

“The exposition, dubbed ‘Peter the Great. The Birth of Empire,’ is designed in the form of an immersive biography performance. Ten key theme zones are established in 18 rooms, united by a common storyline based on the path of Russia’s development as determined by Peter I. These include the development of the country’s statehood, a new word in diplomacy, the creation of civil society, care for the people and their needs, scientific and educational reforms, innovative technologies and new skills, as well as culture and everyday life.

“Putin said earlier that Peter I was “a prominent statesman and military leader,” a patriot who had fully committed himself to serving his country. According to the head of state, Peter I’s ambitious reforms in state management, the economy, science, culture and education “helped strengthen Russia’s authority on the international stage and largely determined the country’s development as a strong and sovereign power for centuries to come.”

And in a Reuters article published on June 9, 2022, Putin’s comments highlighting the parallel to the time of Peter the Great and the contemporary period was highlighted:

“Peter the Great waged the Great Northern War for 21 years. It would seem that he was at war with Sweden, he took something from them. He did not take anything from them, he returned (what was Russia’s),” Putin said after a visiting an exhibition dedicated to the tsar.

“In televised comments on day 106 of his war in Ukraine, he compared Peter’s campaign with the task facing Russia today.

“Apparently, it also fell to us to return (what is Russia’s) and strengthen (the country). And if we proceed from the fact that these basic values form the basis of our existence, we will certainly succeed in solving the tasks that we face.”

And in a very clear part of the emergence of our new historical situation, it should be noted that the shift from historical positions of neutrality in Northern Europe is by two countries deeply influenced by Peter the Great — Sweden and Finland.

As Putin noted, there was the Great Northern War which was a Russian-led attack on the supremacy of the Swedish Empire in Norther,n Central and Eastern Europe.

And with regard to Finland, one only has to visit both Helsinki and Petersburg to see the impact of Peter the Great. The Great Northern War deeply involved Finland as it was then part of the Swedish empire, and during the war Finland was occupied by the Russians.

After the War in the agreement with Sweden surrendered most of Finland, but retained some Finnish lands close to St. Petersburg.

History really never just history, and when significant historical change is underway, what has been past becomes reinterpreted in terms of the emerging historical epoch.