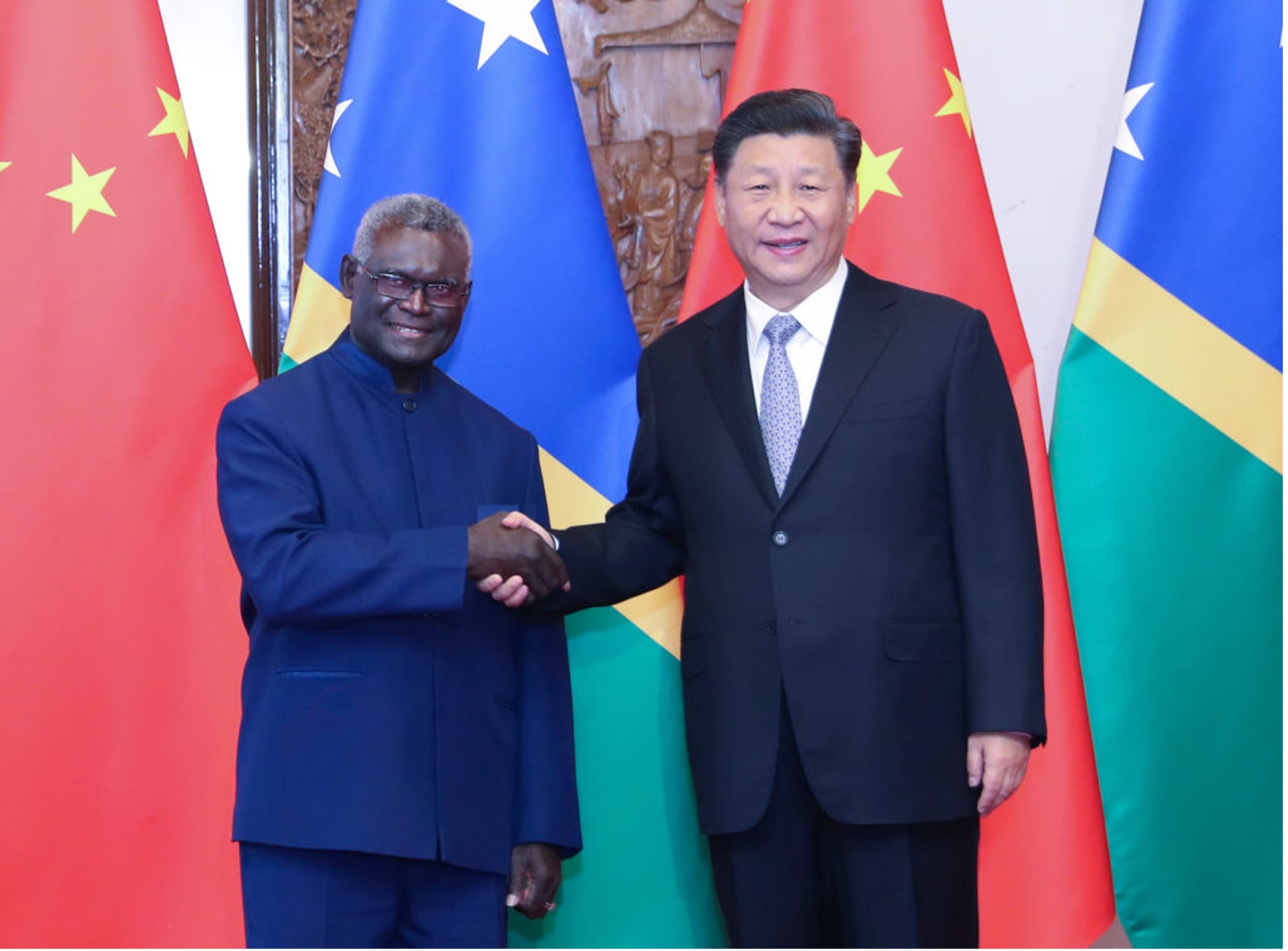 In the Xi Jinping era, the Chinese People’s Association for Friendship with Foreign Countries (commonly known as the Friendship Association, or Youxie) promotes the Belt and Road Initiative, a strategic, political and economic vehicle driving towards a China-centred global order.

The Friendship Association is a hybrid party–state organisation with three ‘mothers-in-law’ (to use the argot of the Chinese Communist Party system): the Ministry of Foreign Affairs; the CCP united front organisation, the Chinese People’s Political Consultative Conference; and the CCP’s International Liaison Department, which the party uses to conduct foreign policy discussions with foreign political parties.

The Pacific China Friendship Association is China’s main point of contact for rolling out the Belt and Road Initiative in the Southwest Pacific.

The Pacific ‘branch’ has been busy.

In 2018, at a meeting of friendship associations from the Americas and Oceania in Hainan, China, Tonga’s Princess Royal Salote Mafile’o Pilolevu Tuita proposed establishing a Pearl Maritime Road Initiative, extending the BRI into the Southwest Pacific.

Soon after that, all of Beijing’s Pacific island diplomatic partners signed agreements on the BRI, with infrastructure development the main theme. Some have already started BRI projects.

From Kiribati, to Vanuatu, to French Polynesia, China has repeatedly tried to gain access to militarily significant airfields and ports, all in the name of BRI. Beijing has established military cooperation relations with Fiji, Papua New Guinea and Tonga, and provided police support to Vanuatu and Solomon Islands, frequently in combination with humanitarian aid activities. Just this week, China and Solomon Islands signed a security agreement, despite the protestations of the Australian and US governments.

China is rolling out the Digital Silk Road in the Pacific, using its Pacific embassies to set up ground stations for its Beidou satellite navigation system. Meanwhile, China makes use of commercial operations for Beidou-equipped reference stations in the Pacific. Ground stations and reference stations work together to provide centimetre-level accuracy for satellites. Beidou is China’s GPS equivalent, and it is now on a par with, if not better than, GPS. Like GPS, it’s a military technology, crucial for missile targeting and timing.

The CCP’s political interference and grey-zone activities aim to co-opt Oceanian political and economic elites and to access strategic information, sites and resources in the Southwest Pacific. The establishment of military installations in Oceania could substantially alter the balance of power in the Indo-Pacific. It could cut off the Pacific island nations, Australia and New Zealand from the US and other partners, turning the region into a China-dominated vassal zone.

South Pacific leaders meet regularly to discuss collective security and geostrategic matters—in other words, joint concerns about China. However, their worries about this relationship are usually only hinted at and rarely made public, and their overriding priority tends to be development. China offers assistance with development projects but, unlike most donors, the loan must be paid back, with interest. The Cook Islands, Fiji, Samoa, Tonga and Vanuatu all have crippling levels of debt to China.

Pacific island leaders tend to have a strong sense of history. Few would welcome dependency on China, or the Pacific turning into a Sinocentric order. Yet a degree of reactivity towards calls for vigilance about the CCP’s malign activities is usually couched in anti-European, anti-colonial rhetoric.

Given the continued presence of historic colonial powers in the region, it’s been easy for some to conflate concern about the real dangers of CCP political interference and grey-zone activities—when expressed by ‘Western’ actors—with neo-colonialism and calls of ‘whataboutism’.

This conflation plays into CCP narratives seeking to equate the party with the Chinese people, recasting any critique that it’s inherently racist. But imperial power and racism are by no means a monopoly of Western powers.

There’s real a danger that in their kneejerk response against Western colonialism, Pacific elites will embrace external domination in a new and more dangerous form. The air of schadenfreude that some segments of the Pacific elite display towards ‘traditional’ Pacific powers will be a short-lived pleasure if they can’t transcend this reactionism and recognise the need to plan a way forward in an era of dangerous strategic competition.

Perhaps surprisingly to some, the return of a more active role of the US, UK, Japan, India and the EU in the Pacific, and a resurgence of Australian, New Zealand and French presence and assistance, has been appreciated and welcomed by many Pacific governments. But Pacific leaders want to be treated as equals, not pawns in an international power play, and not as some nameless group of islands in a strategically important region. The US, EU and other partners need to take the time to better understand the individual countries of the Pacific, their histories and their concerns.

It’s especially important that Pacific nations not just be the subject of analysis about CCP political interference in the region. They should be drawn into the international conversation. Pacific civil society must be engaged in this work too, not just governments. In many of the Pacific states, elements within the government are already compromised, and they will not welcome discussions on CCP political interference. Further, CCP united front work is often comingled into corruption and organised crime, which has entangled many political and policy actors, making raising the issues even more difficult.

Pacific journalists also need more support so they can do the due diligence that will enable a factual, informed, depoliticised and public conversation about the CCP’s foreign interference activities in their respective states and territories.