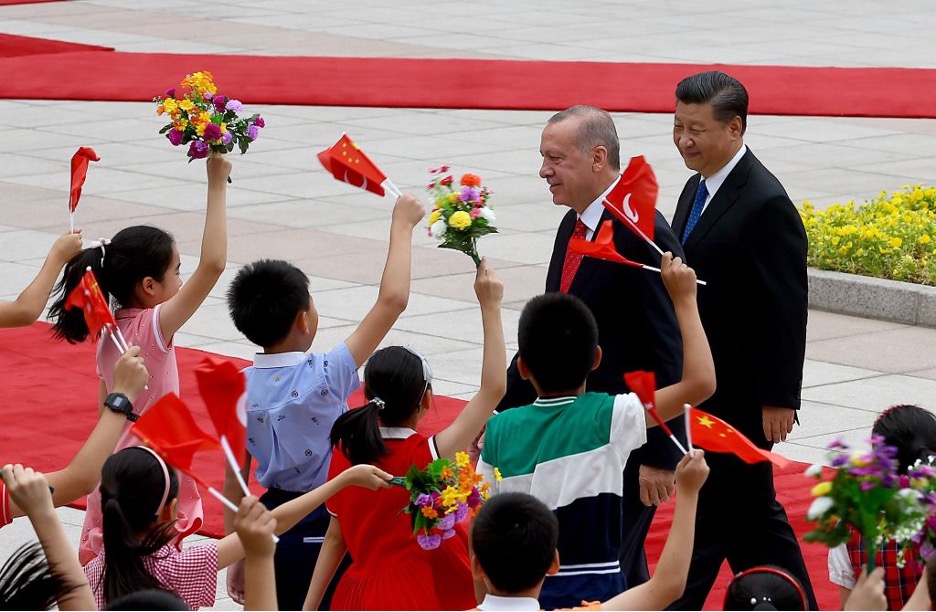 It’s easy to attribute all the problems and changes in Turkey to the whims of President Recep Tayyip Erdogan’s strongman largesse. His foreign-policy adventurism has led to increasing regional and international isolation and a transactional relationship with foreign partners, including NATO and the EU. In addition, loyalists and patronage networks have embedded themselves in think tanks, businesses and the foreign-policy bureaucracy. Turkey’s foreign policy these days is mainly about maintaining power at a growing economic and political cost to Turkish citizens.

Turkish foreign policy mandarins, however, have watched the changes in the past few years and are aware that the international order is shifting. The isolationist rhetoric of ‘America first’, combined with US domestic political apprehension towards further military engagement in the Middle East, has put constraints on fixing the ongoing problems in the US–Turkey alliance. The relationship has been deteriorating for quite some time and Turkey has sought support for its interests outside of its traditional Western-oriented relationships.

With a spiralling economy and low poll numbers for the ruling coalition, Erdogan’s Justice and Development Party (AKP) has been searching for new partners to help it stave off economic disaster and the possible end of its 20-year tenure following elections scheduled for 2023.

As the global community focuses on the war in Ukraine, there’s another growing partnership of particular concern that should be viewed with caution: the increasing closeness between Beijing and Ankara.

China has entered into strategic partnerships with Saudi Arabia, Iran and other Gulf states. While most of Beijing’s engagement in the Middle East has centred on hydrocarbon resources, Turkey’s relationship with China is unique. China and Turkey find themselves among a growing bloc of authoritarian countries in the global order, and Beijing sees Ankara as an important player in changing the rules-based order given its influence and strategic position between the Mediterranean, Middle East and Eurasia.

China has played an integral part in Turkey’s foreign-policy vision for a while. Since the 2016 coup attempt in Turkey, its new executive presidential system and the Eurasianist tilt in Turkish foreign policy have allowed Ankara to deepen its economic, security and military relationship with Beijing. Chinese power presents a viable alternative for economic and political support for Turkey’s ambitions in the world, without the baggage that relations with Russia bring.

Turkey’s pursuit of ties with other regional power groupings that China plays a definitive part in, such as the BRICS and the Shanghai Cooperation Organisation, is one example of this tilt. These recalibrations signify the paradigm shifts within the Turkish political and foreign policy establishment over the two decades of AKP rule.

Closer relations with Turkey present China with an opportunity to effectively engage with and influence politics in the Middle East and to expand its influence and economic integration in the Mediterranean. Ties between Turkey and China can potentially affect Turkey’s relationships with the EU, NATO and the US more broadly, mainly because Turkey can use its relations with China as a balancer in what has become an increasingly transactional foreign policy with its traditional alliances.

NATO recently declared China a strategic priority given the systemic challenges China brings to the rules-based order, its confrontational stance towards Taiwan and its close ties with Russia. China responded by calling the NATO alliance a source of instability in the world and prone to Cold War thinking. Gaining leverage over Turkey gives China favourable circumstances to undermine the solidarity within NATO that has arisen with the Ukraine war. Turkey’s relations with Russia are a current example of this.

China doesn’t have the conditions attached to economic aid and human rights that are found in Turkey’s partnerships with the EU and US and so is very attractive to Erdogan for maintaining his authoritarian ‘new Turkey’. If Turkey were to embrace China, that could unhinge whatever leverage the EU, NATO and the US have on Turkey in human rights engagement, minority rights and stopping the rise of authoritarian politics in Turkey and the broader Middle East region.

Turkey has been a prominent voice of support for Uyghur rights throughout the world and was once a sanctuary for Uyghur dissidents from Xinjiang. As Turkey seeks economic benefits from China and gains an advantageous foothold with Beijing’s Belt and Road Initiative, activists are being deported and Turkey is no longer a haven.

The AKP could use Turkey’s position in the Organisation of Islamic Cooperation to champion Uyghur rights. Yet it has been reluctant to do so given the growing closeness between Ankara and Beijing. The AKP’s timidity means that the West loses one of the most prominent supporters of Uyghur rights in the Muslim world. Notwithstanding Albania’scontribution, this leaves countries like the US and Australia to continue to be vocal against China’s policies in Xinjiang.

Turkish opposition parties such as the Republican People’s Party and the Good Party have championed the Uyghur cause and could become a prominent voice against further Chinese integration if they were to win next year’s elections against Erdogan and the AKP.

Militarily, Turkey’s domestic arms industry is slowly replacing its need for NATO military hardware. Turkey’s endogenous Bayraktar TB2 drones have been critical in destroying Russian military hardware and have shifted the dynamics in the Ukraine conflict. Turkey may seek cheaper and more cost-effective military hardware or technology from China for its defence industry if relations with the US and NATO continue to deteriorate. Growing military and security ties between Ankara and Beijing have met challenges, and Chinese military equipment is still no match for US and NATO hardware.

Continued economic woes, unorthodox economic policy and terrible poll numbers could create the conditions for a change in government in 2023 in Turkey. Erdogan, however, will likely try to maintain power at all costs. Support from other authoritarian countries like Russia and China could ease the blowback from any election manipulation or chicanery. It’s unlikely that a change in government would undo the years of mistrust between Turkish policymakers and its traditional allies in NATO and the US. It will be difficult to bring Turkey entirely back into the Western fold. This makes it very likely that there will be further development and entrenchment of ties between Ankara and Beijing.

With NATO’s attention on the Russia–Ukraine conflict, and the EU and US dealing with their own authoritarian movements, the relationship between China and Turkey will likely fly under the radar. However, stronger ties between China and Turkey present a genuine and existential problem to Western cohesiveness in NATO, the EU’s stability, US power in the region and the balance of power in the Mediterranean. As China’s footprint grows in the Middle East and beyond, this developing relationship may become an issue sooner rather than later.

Iain MacGillivray is an analyst in ASPI’s Washington DC office.