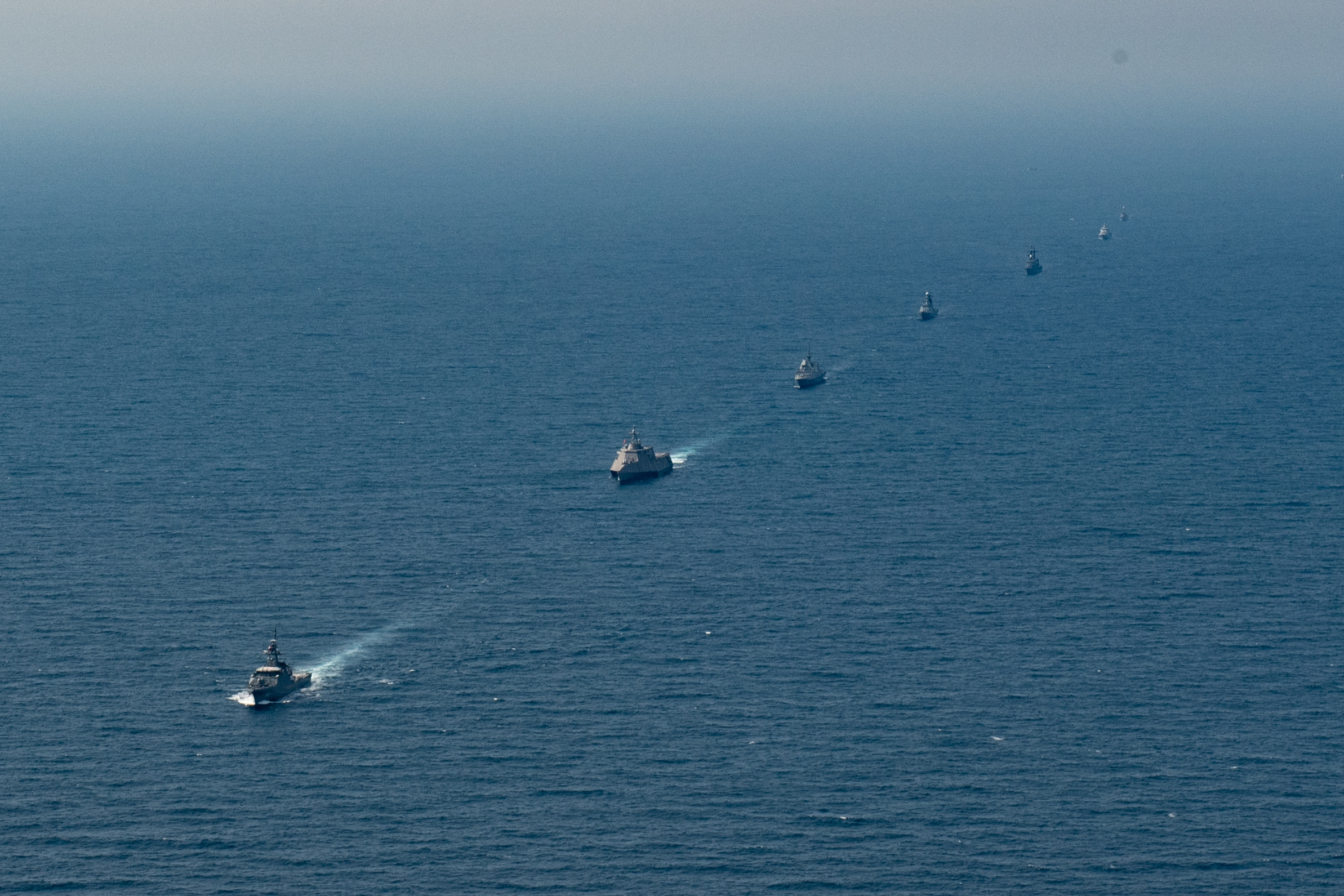 The recent debate on The Strategist about whether Vietnam should have a maritime or continental geostrategic orientation has reinvigorated the long-term and historical interaction between the two strategic cultures. It also shows that it’s not easy for a relatively small power such as Vietnam to construct its future path, given the limited resources it currently possesses. I would argue against Khang Vu’s ideas and align more with Euan Graham and Bich T. Tran’s view that Vietnam should prioritise its maritime domain and invest more on maritime capabilities.

Looking out to the sea is a way for the nation to re-engage and reconcile with its Southeast Asian maritime past. Vietnam’s strategic culture has always been affected by a continental mindset dominated by a Confucian, anti-mercantile ruling elite in the country’s dynastic period. The market, beyond the ‘sacred boundary’ of the bamboo hedge, symbolised the low status of commerce. During the Ho Chi Minh era (1945–1969), Vietnam was dealing mostly with land-based security threats and wars fought primarily on land.

The maritime apex of the 16th and 17th centuries was deliberately ignored because the Marxist–nationalist historical narrative deliberately antagonised the Cochinchina realm and its successor, the Nguyen dynasty (1802–1945), which laid the first foundations for the colonial era through their proactive maritime interaction with the West.

In the 21st century, as Vietnam finds itself in a world of economic interdependence, extensive trade networks and rising maritime challenges, it doesn’t just simply aspire to create a new geostrategic path. It has been in the process of rediscovering its maritime identity.

By expanding its interests into the maritime domain, Vietnam is also trying to redefine its ‘living space’. The Red River Delta has always been considered the birthplace of the Vietnamese people. Thousands of years of interaction with the Chinese civilisation created several push factors: the asymmetry of power and geographical proximity that defined the northern threat. This eventually culminated in the legendary ‘southward expansion’ that helped solved the problem of lack of strategic depth.

However, after the border wars with China and the Khmer Rouge in the 1970s and 1980s, Vietnamese leaders realised that the country needed to extend its sovereignty and jurisdiction beyond the shoreline. In other words, they wanted to turn maritime zones in the South China Sea into a security buffer.

It’s not surprising that Vietnam, as a small country, is attempting to make full use of the international maritime order under the UN Convention on the Law of the Sea to limit warships near its coast, while facilitating its eastward expansion into the sea.

Since the 2010s, a deliberate return to the maritime past has been gradually realised. The nation’s 2007 maritime economy strategy was re-evaluated and amended in 2020 with a focus on sustainable development. The goal is to turn Vietnam into a ‘country with a strong maritime economy [that] can get rich from the sea’.

After the 12th communist party congress in 2016, Vietnam’s military policy stressed the ‘gradual’ modernisation of several critical services, with the navy and the air force at the forefront (there was no mention of the ground force). The South China Sea dispute pushed the determination further in 2021 after the 13th congress, when ‘gradual’ transformed into ‘immediate’ as the guiding principle for modernisation.

China’s aggressiveness in the South China Sea is apparently the main reason behind the push. However, it’s also because the maritime vision, economically and strategically, has persuaded the party to invest in naval and air power.

What about threats that come from land? Two points relating to the use of force and the level of threat are relevant to this discussion.

Vu is right that it’s not wise militarily for a country with limited resources like Vietnam to invest in a wide range of capabilities without a concrete strategy for how and when it will use them, and for what ends. Investing in one’s navy and air force in general is an expensive endeavour, because those services require not only personnel, but also a particular level of technological mastery and a strong industrial base.

However, as Graham and Tran point out, ‘a binary continental-versus-maritime dilemma is somewhat artificial’. The absolute separation between the navy and other services in modern warfare, as Vu implies, is an obsolete approach given the intensive evolution of military technologies and the way armies wage wars in the 21st century. A successive defensive campaign against an invasion force on land requires interoperability for joint operations among the services, including the navy. Similarly, a strategic defensive campaign in the maritime domain also demands support from the army and air force to protect the border and critical land-based infrastructure.

In short, a paradigm of mutually exclusive continental and maritime thinking in military design would be devoid of any meaningful value in combat operations, at both the campaign and strategic levels.

And what kind of threat is critical for Vietnam in the present? I believe threats should be categorised along a spectrum of probability. The most imminent threat for Vietnam would be a military conflict in the South China Sea following a potential mass pre-emptive strike by long-range weapons and cyberattacks to cripple the country’s critical infrastructure and capabilities to strike back.

A maritime blockade of Vietnamese outposts in the Spratly Islands is another scenario. A large-scale border war like what happened in the 1970s and 1980s is extremely unlikely (although cannot be ruled out). Vietnam’s relationship with its three neighbours in today’s interconnected and interdependent world is defined by different principles, priorities, dynamics and mindsets compared to the Cold War era. The borderland has been increasingly shaped by peaceful economic cooperation and the idea of common prosperity.

Due to limited resources, it’s completely logical and understandable that Vietnam must prioritise investing in the maritime domain in both economic and military terms.

Vietnam should become, in the words of Colin S. Gray, ‘a land-based, encouraged, and organized’ maritime country, not vice versa. The tilt towards the sea has already been set in motion. Turning back to a purely continental mindset would be a strategic mistake.

Nguyen The Phuong is a PhD candidate in maritime security at UNSW Canberra at the Australian Defence Force Academy.

The first AUMX, co-led by the U.S. and Royal Thai navies, includes maritime forces from the U.S. and all 10 ASEAN member states. AUMX promotes shared commitments to maritime partnerships, security and stability in Southeast Asia.