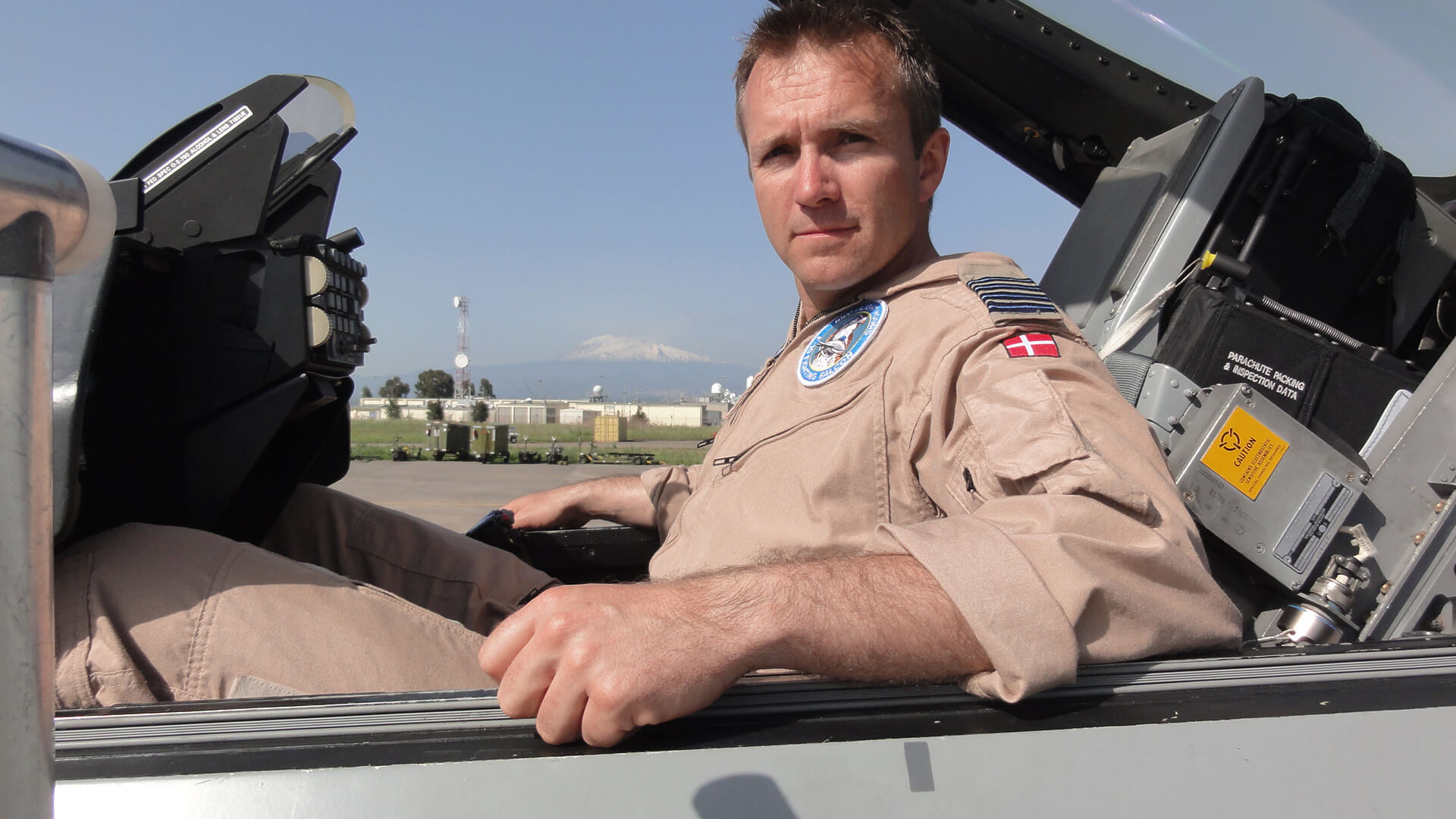 During my most recent visit to Denmark, I had a chance to visit Royal Danish Air Force bases in the Jutland area.

This provided an opportunity to discuss the transition from an F-16 to an F-35 force as well as other changes involving connectivity and decision-making systems and approaches.

But prior to those visits, I had a chance to visit with the head of the Royal Danish Air Force, Major General Anders Rex.

In past discussions, we focused on coalition issues as well as fifth generation transition issues.

And in our most recent discussion, both came together in terms of the kinds of innovations which an all fifth-generation force like Denmark will need to make in terms of building its own capability and working those capabilities with Air Forces flying older aircraft as well.

Denmark, Norway, the Netherlands, and Australia will become all fifth-generation fighter forces; which provides opportunities as well as challenges in working with older generation fighter aircraft and more generally working connectivity with other air, ground and sea assets to deliver what might be called a fifth generation enabled force.

The Australians have been more forward leaning than most in terms of trying to think through the impact of building a fifth-generation force understood not simply in terms of adding the F-35 but transforming the force to become a lethal and effective integrated multi-domain force.

In fact, I last met Major General Rex in Australia last March where he attended the Airpower Conference and he clearly has worked with and has high regards for the RAAF and its Plan Jericho approach.

One aspect of the F-35 global enterprise is precisely coalition partners cross learning from one another as they stand up their F-35 squadrons.

According to Major General Rex: “The goal for our coalition and our alliance is to get the best out of what we have as a coalition force.

“During Red Flag, the experiences we have been briefed on, fifth-generation aircraft make fourth-generation more lethal and survivable, and more effective.

“We could focus on the significant kill ratios which a fifth-generation aircraft can deliver.

“But that is not the sole focus.

“It is about how fifth generation aircraft lift the whole force so that the kill ratio for the entire force goes up exponentially.”

He emphasized the importance of combat learning associated with the new aircraft.

“When we were running our competition for a new fighter aircraft, I witnessed the operation of a Super Hornet F-squadron on the USS Nimitz carrier off the coast of San Diego.

“This was the latest variant of the Super Hornet which had just received a new AESA radar on it.

“And when we talked to the pilots, they made the point that there was no way they could have thought up or analyzed what they can use this radar for. Every single day they learned new things.

“That is how I see the kind of learning we are going to have operating the F-35 and more broadly the kind of co-learning which other platforms in the air, ground and naval forces will need to have as well to leverage what a fifth generation enabled force can bring to the fight.”

In effect, what Major General Rex was discussing was the opening of a significant aperture of co-learning, for example, in Danish terms, how the frigates can use their future SM-2s and SM-6s in conjunction with the SA and targeting capabilities which the F-35 would bring to the Danish force.

“Co-learning across the forces and the F-35 to the legacy platforms is a major challenge but a task which we need to master to get where we need to go as a Danish force, but even more significantly at the coalition level.”

“We need to focus on the broad co-learning challenge and how to elevate the combat force as a whole as the F-35 becomes a key force for change.”

Major General Rex underscored that this needed to become a core focus of exercises and training objectives within exercises, namely, co-learning between the F-35 and ground, air and naval elements both within F-35 nations as well as working with forces which do not have F-35.

A key example is the cross-border training the Norwegians do with the Finns and the Swedes.

The point of the cross training currently is that Norwegian F-16s work with Finnish F-18s and Swedish Gripens.

The Norwegians are shifting to F-35 and perhaps the Finns will as well.

The challenge then is to make sure that the Gripens can work more effectively as a result of the upswing in multi-domain capabilities which the F-35 brings to a force.

In short, it is less about fourth-fifth generation aircraft integration and much more driving an air force forward in terms of the capabilities which F-35 multi-domain aircraft can provide and as that is done shape co-learning with legacy aircraft as well as with key ground and naval systems.

It is about innovations in concepts of operation and the co-learning process unleashed by a fifth generation enabled force.

The featured photos shows Anders Rex in 2011 when flying F-16s from Sigonella Airbase during the Libyan operation.