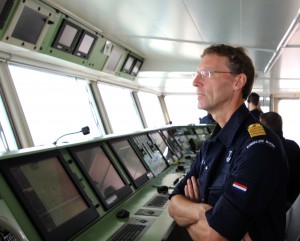 We are looking at how insertion forces can be shaped and leveraged as part of a 21st century approach to crisis management.

The strategic shift from relatively slow motion counter-insurgency wars, to higher tempo operations rests in part on having forces relevant to a crisis which can be inserted and have an effect.

We followed the Bold Alligator exercises since their inception as the USN-USMC team focused on the revival of the sea bae as a key enabler of a 21st century appraoch to crisis management.

In this 2014 article, we looked at the Bold Alligator exercise that year and the focus on shaping a way ahead.

Land wars of the past decade have led the United States to a significant redirection of its military forces.

The key roles played in ground operations and support by the U.S. Air Force (USAF) and the US Navy (USN) to the land forces have been evident and reflected in the decisions and focus of the Department of Defence.

These land-based roles entailed large-scale and expensive logistics operations via land, sea, and ground, along with significant expenditures to support civilian contractors, such as Maersk, for specialized capabilities.

Although charged to military accounts and considered military ops, these are really support to land-based forces more than they are dynamic military operations.

A major centerpiece of this effort has been Counter Insurgency Operations and the training of local forces to support local governance – highlighting a significant role for nation building. Stability operations were prioritized over traditional conventional operations, and the nuclear dimension of the force structure reduced and largely de-emphasized.

However, this bulging towards the traditional land role makes little sense going forward.

It is not about mass and occupation; it is about insertion, sustainment, crisis management and crisis termination with air, ground and sea assets as appropriate.

For example, rather than setting up long-term facilities (and providing advisors as targets), the U.S. insertion forces are able to speedily engage and withdraw – and several core allies are shaping similar forces.

The ability to establish air dominance to empower multi-mission insertion forces that are able to operate rapidly, effectively, and then withdraw, is a core effort that now exists and is emerging as a more efficient way of war for 21st century conflicts.

The long-standing debate over ‘boots on the ground’ versus ‘airpower’ really does not capture the evolving capabilities each group has to offer as they capitalize on new technologies to provide for more effective and more lethal insertion forces.

The boots on the ground debate is a political, not a military debate. Nobody argues that putting boots on the ground will not give you better fidelity, better opportunities to identify the good guys and the bad guys, and put weapons on the forehead of the correct bad guy.

Sea-basing clearly provides an important capability to insert and withdraw forces for military operations, and to help modulate crisis response.

As the Commander in charge of the USS Arlington put it during the Bold Alligator 2014 exercise:

“We are part of the sea-basing initiative.  The focus of which is: how do you build mass ashore without a huge logistical tail ashore?  We get those land forces ashore and then we sustain them.”

It is about calibrating insertion forces against various threats.

The forces are American and coalition with several nations contributing ships, and combat personnel to both the planning and execution of the missions.

A key aspect being tested in the operation is C2 to support operations against multiple objective areas and to shape a more flexible C2 system.

This ranges from inserting a Osprey-enabled force more than a 1,000 miles from the launch point and supporting that force with airborne C2 and ISR, to the operation of a Dutch ship as the key C2 center for the coalition operation, including launching an airborne and other assets against Fort Story, to the Expeditionary Strike Commanders working airborne and then on ships to direct the operation.

Shaping more flexible coalition C2 is clearly a key element of the BA 2014 exercise, and, of course, in mission success in real world operations.

Interviews conducted about the Dutch command ship the HNLMS Johan de Witt highlighted the C2 role of the ship.

These interviews were followed up with an interview with the Captain of the USS Arlington who highlighted the significance of enhancing the capabilities of C2 aboard the new generation of amphibious ships, precisely because of the expanded role which the sea base is being asked to play and can play.

It is built more or less along commercial standards; there is a lot of room for operations.

It is a small village.

There is an airport, a garage, a hotel, and a port in effect involved with the ship.

The difference with our ship compared to most ships of its class is that we have a large C2 area.

Question: Where have you operated the ship?

Captain Rene Luyckx : We have been on Exercise African Winds; twice we have operated as the command ship for anti-piracy operations off of Africa; and in the Caribbean as well.

Question: The kind of operations we need to do now require flexible C2.

How have you used it so far?

This ship was the flagship for the EU task force off of Africa.

We will go again in January where Sweden will be in charge but they will operate off of our ship because of our C2 capabilities.

We intend to use the ship for a larger national force but it has become a very effective coalition asset.

And sea basing is crucial for you can operate independently, and provide support logistics aboard the ship rather than having to push them ashore.  And we can do C2 for the entire force we might support ashore as well.

Question: The Osprey is part of BA-2014.  How does it affect your thinking about operating as a coalition partner with the USN-USMC?

We can land the Osprey aboard our ship.

And the Ospreys can go deep against an objective area.

And we can do other operations with our helos and landing craft.

And we can Command and Control all of this from the ship if we wish rather than having to put C2 ashore in a potentially hostile environment.

The Netherlands and Bold Alligator 2014

In a discussion with Commodore Kramer in the C2 deck of the ship, the Commander talked about the approach:The coordination going on here involves the forces landside as well as the movement of the vessels.

The crew is multi-national and from various services as well.

There are 12 countries involved in working on the exercise as well.

The NATO procedures are crucial to being able to bring such a group together to do such an operation.

You cannot do it at the same level or same speed without NATO procedures and training.

We have been out here only a couple of days but we are functioning well after such a short time because of those common procedures and training.

The discussions aboard the Dutch ship, naturally turned to C2 because of its role in the exercise.

But it is clear from Odyssey Dawn and the role of the USS Kearsarge and its role in that operation, that C2 enhancements are crucial for the amphibious fleet.

With a large deck amphib, like the USS America entering the fleet, and ships like the USS Arlington operating at much greater distances from other ships in the ARG-MEU, C2 is more importance now for the Gator Navy as that force transforms into an amphibious task force.

Commodore Baker was asked about this growing demand signal for enhanced C2:

We have a much more robust C2 suite than a traditional LPDs.

What does constrain me is the actually sailors we billet on board.

We have the capability to do the LHD or LHA can do, and we are prone to deploy more independently over time as we do disaggregated ops.

Question: C2 limits for the amphibious ships is butting up against the demand to use the sea base differently in doing insertion operations

How are you addressing this?

The sky is the limit.

There are initiatives we are doing to upgrade skill sets.

We have sent to schools to get skill sets to increase our capability.

In short, the exercise involves working with an evolving C2 capability to manage forces operating throughout key objective areas.

The presence of the Osprey allows the US and its allies to operate against longer range objective areas as well as other objective areas reachable by rotorcraft and reinforced by landing forces.

The sea base is characterized by logistical integrity meaning the insertion forces can be supported by the sea base, and it is not necessary to build forward operating bases or to land significant supplies ashore in order to prosecute missions.

The ISIS threat reminds us that leaving equipment behind — which is required for land-centric forces — can lead to the arming of one’s next adversaries.

It is a force tailored to crisis management, as opposed to having to rely on bringing significant forces ashore along with their gear in order to mount operations.

This article was first published on November 11, 2014.

The featured photo shows Captain Rene Luyckx: on the bridge of his ship during Bold Alligator 2014. Credit: Second Line of Defense