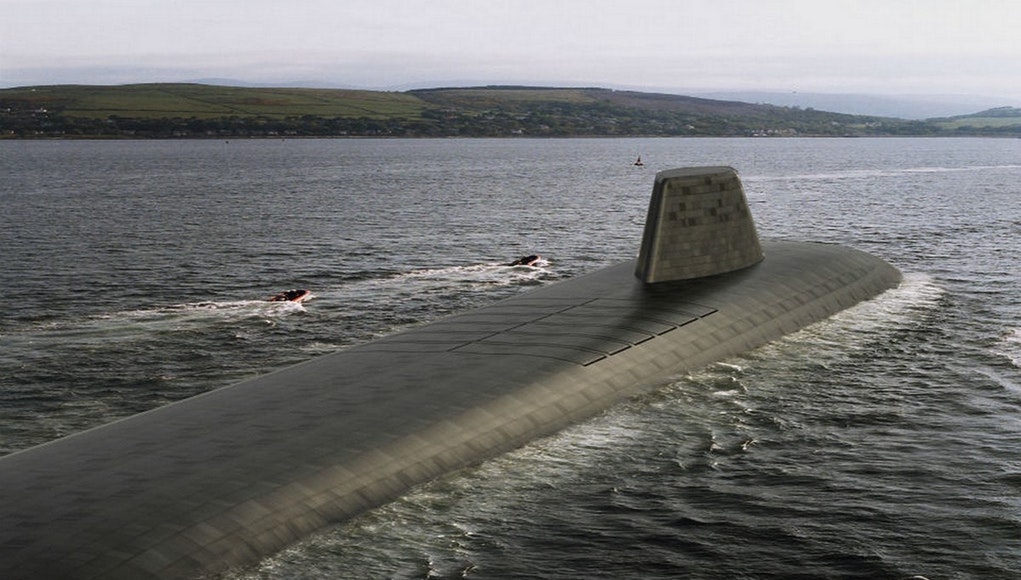 In a story published December 6, 2018 on the UK Ministry of Defence website, Defence Secretary Gavin Williamson announced a £400 million funding boost for the Dreadnought programme, as he opened a new training academy and revealed the name of the second Dreadnought submarine.

The planned funding release, which supports the building phase of the programme, came as the Defence Secretary unveiled a £25 million BAE Systems academy that will upskill employees to work on Royal Navy submarines for the next two decades.

The £400million investment will safeguard more than 8,000 jobs in Barrow and across the UK, which are all supported by the £31billion Dreadnought programme and supply chain.

The announcement was made during the Defence Secretary’s visit to BAE Systems’ site in Barrow-in-Furness, where he also named the second Dreadnought submarine as HMS Valiant.

“Next year marks half-a-century since British nuclear-armed submarines began patrolling the waters in response to the danger posed by the Cold War – and the world is again facing a raft of intensifying threats.

“This £400m investment will ensure the Dreadnought programme remains on track, so we continue to have a nuclear deterrent at sea for decades to come. Not only does today’s news see us safeguard 8,000 jobs right now, but I have also opened a brand new multi-million-pound facility to train Britain’s submarine engineers of the future.”

The last vessel to carry the name HMS Valiant was the second Royal Navy nuclear-powered submarine.

Launched in 1963, she took part in the Navy’s first tactical exercise under the Arctic ice and played an important role in the Falklands War, deterring the Argentine surface fleet from closing the islands.

The latest investment comes after £960 million worth of contracts were announced in May to ramp up the current phase of construction for the UK’s four nuclear-armed Dreadnought submarines.

“The Academy for Skills and Knowledge is essential in developing the vast range of talent in Barrow and ensures that the workforce is equipped with the best possible tools needed to meet the ever-growing demands placed on the UK’s submarine construction industry.”

The Submarine Academy for Skills and Knowledge will provide around 2,500 people a month – including 600 apprentices from across industry and the Ministry of Defence – with invaluable skills and training to benefit the work carried out on the Dreadnought and Astute submarine programmes.

“This is a fantastic facility that will provide a unique environment in which to train our growing workforce. Our investment in skills will not only ensure we have a pipeline of world-class talent available to deliver our complex programmes, but will also positively contribute to the economic prosperity of the region and the UK’s engineering industry.

“The new academy will give our current and future workforce access to the very latest in learning and development, demonstrating our lasting commitment not just to our current employees but to those who will join our company in years to come.”

Today’s funding announcement comes a year after the launch of the Government’s Industrial Strategy, which set out a long-term plan to boost the productivity and earning power of people throughout the UK.

It demonstrates how defence is building a Britain fit for the future – how we will help businesses create better, higher-paying jobs in every part of the UK with investment in skills, industries and infrastructure.

As the UK faces its decisive Brexit vote next week, all defense plans will find themselves in a new political and strategic context going forward.

Indeed, given the domestic challenges and crises going on throughout the West, this is a general observation facing the realities of what defense modernizations really will be going forward.

The Royal Navy provided an overview to the Dreadnought Class.

And George Allison has provided his update as well.