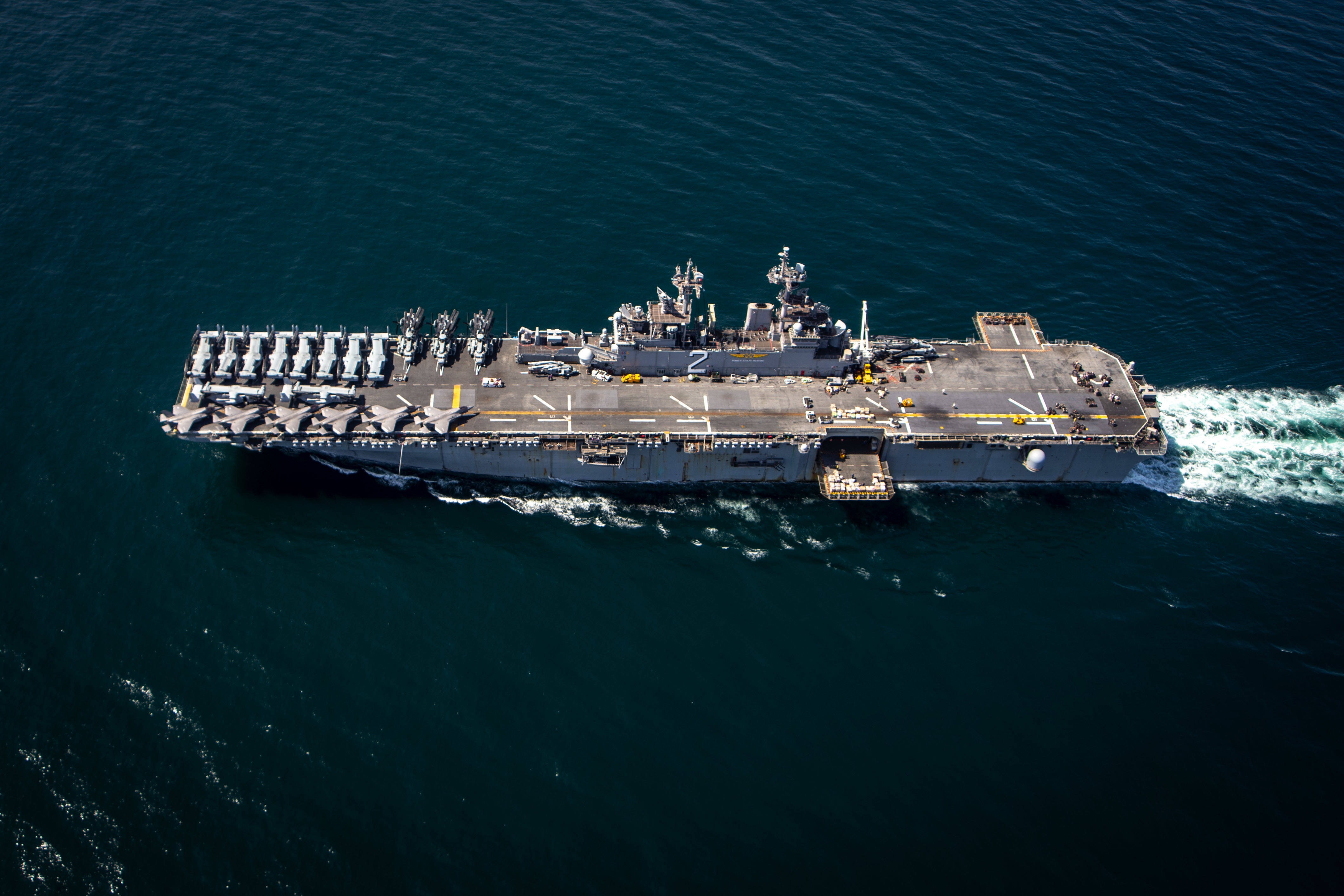 At the time when US Naval Aviation had reached its 100th birthday, Ed Timperlake, a naval aviator looked back and looked forward to its future.

The article was first publish on October 4, 2011 and was written during a visit to MCAS Yuma.

ABOARD USS WASP, At sea

On June 13,2011 Second Line of Defense had a chance to interview Lt. Col “Tinman” Schenk at Pax River.

We were able to discuss the overall effort to prepare to take the F-35B to sea.

“Tinman” got it so right when he discussed months ago what it all means when the F-35B touches down on the USS Wasp.

We will take our ten or eleven carrier fleet, and we now will double the number of capital ships that can deploy a fifth generation fighter.

The Pacific “Honeycomb” strategy is achievable.

The F-35 has added the unique design vector to it’s inherent supersonic stealth airframe capabilities-a “C4ISR-D” cockpit the “Z-axis” which is a new design and upgrade path for combat aircraft.

The potential of this capability was underscored by “Tinman” in June.

What the F-35 gives you is a fused picture of all of that, so you don’t have to interpret separate data streams.

Now, the F-35 system is going to do a lot of that processing for you.

Those new capabilities have been recently revealed in the Libyan Operation whereby the Osprey was a real gamechanger in operations.

And we are visiting a key part of the USMC responsible for innovation at a perfect time with the performance of the Osprey and the roll out of the B.

The Marines at the Marine Air Weapons Training Squadron (MAWTS) MCAS Yuma, are always  looking at the strategic capability being added to the Marine Amphibious Ready Group (ARG), especially  with the addition of the  MV-22 and now the F-35B.

We are visiting MAWTS and  for us, the pleasure of watching the landing of the B on the WASP while visiting USMC “Top Gun” is very great indeed

Scalable forces are opening up a new range and flexibility of strategic options to the national command authority.

These forces will allow a proper power projection capability for the Black Swan dynamic facing the US and its allies.

Such forces will allow coverage of a wide range of contingencies using a myriad of platforms, tactics, dedicated realistic  training and combat planning is truly now  a brave new world.

General “Dog” Davis CG 2nd Marine Aircraft Wing understands the tactical, strategic and even financial value of merging together three aircraft into one.

The F/A-18 Hornet, the electronic version “Growler” and the attack VSTOL the AV-8, Harrier are all being replaced by the Lighting II.

For the Navy/Marine “Gator Amphib” Team the F-35B is a multi-mission stealth supersonic aircraft that is the glue that can bring together all platforms in the air and sea.

In fact, the F-35 family is a perfect wingman to cover a 1600 mile 3 Dimensional all aspect search umbrella for an Aegis ship with the SM-3 missile system.

The emerging American Air/Sea battle strategy backed up by proven technology advancements in exercises like Northern Edge is to dominate the battle by successfully executing a US/Allied strategy that  “no platform fights alone” with  the goal  to make the enemy fight alone and die in the dark.

Today that ability is becoming a reality.

The F-35B was designed from the beginning to recognize and stop needless losses in accidents.

Yet again LtCol Schenk nails that point with his fleet and combat experience.

Having grown up as a Harrier pilot and spent many, many hours doing takeoffs and landings and having the requirement to do every type of landing at least once every 30 days in the Harrier, the F-35B is a big improvement.

The F-35 makes the basic flying task easy, and so now you have what we would call spare capacity to devote to other things, which allows the pilot to focus on the mission and the systems of the airplane. The design of the airplane is intended to fuse information within the airplane — to make that task of managing the system easier.

Naval Aviators with the detachment fly the Marine Corps’ newest, most advanced multi-role fighter, the F-35B.

The 31st Marine Expeditionary Unit, the Marine Corps’ only continuously forward-deployed MEU partnering with Wasp Amphibious Ready Group, provides a flexible and lethal force ready to perform a wide range of military operations as the premier crisis response force in the Indo-Pacific region.

Or to take another case a world away:

4500 Marines, F-35 Squadron on Standby in the Middle East as US Mulls Syria Exit

Two Navy amphibious ready groups and about 4,500 shipboard Marines are on standby in the Middle East to support an American exit from Syria if needed, a defense official confirmed to USNI News late Monday.

The three-ship Kearsarge Amphibious Ready Group with the 22nd Marine Expeditionary Unit transited the Suez Canal into the Red Sea over the weekend, while the three ships of the Essex ARG and the 13th MEU are on station just outside the entrance to the Persian Gulf in the North Arabian Sea.

The 13th MEU is deployed with a squadron of Marine F-35B Lighting II Joint Strike Fighters aboard USS Essex (LHD-2), which have been used to strike targets in Afghanistan.

While there are no immediate plans to deploy the Marines to assist with the departure of about 2,000 American troops in bases across Syria, the forces are being held nearby as a contingency as needed, the official said.

Since then, the administration has been working through the timing of removing the troops from Northeastern Syria. At the same time, the U.S. is working to ensure the safety of Kurdish fighters, who were key U.S. allies in the anti-ISIS fight but are viewed by nearby Turkey as terrorists.