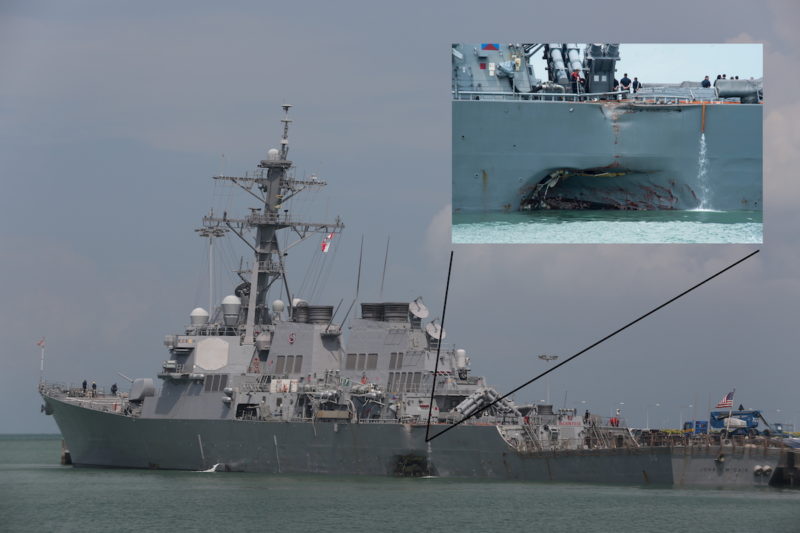 With the shift from the land wars to higher tempo operations involved peer competitors, the industrial base is challenged to be able to just to build platforms, but to be configured to provide for repairs to combat assets in times of conflict.

As Ed Timperlake, the former director of the Office of Mobilization in the Reagan Administration has argued:

“Modernization and mobilization must both exist in harmony.

“There needs to be a mobilization planning and requirements focus at the Office of the Secretary of Defense level focusing on consumption rates, battle damage repair attrition analysis and the real industrial base response capability.”

With the strategic shift, sustainability of forces operating in contested environments becomes a key focus of attention and clearly a challenge to a force built for the land wars, where just in time logistics and uncontested supply lines provided for force sustainment in the Middle East.

But this is clearly not the focus when one is facing the possibility and probability of great power conflict.

In a recent article by William R. Hawkins, the importance of reworking the shipbuilding industrial base in the United States was the focus of attention.

In the face of the construction demands, capacity to repair battle damage resulting from combat in a distant theater such as the South China Sea seems to be lacking. The Maintenance and Modernization report calls for expanding beyond the current 21 dry docks on the U.S. Pacific coast merely to reduce current backlogs in the normal routine. When something off schedule occurs, extraordinary measures have to be taken.

Consider the recent experience with the USS Fitzgerald (DDG-62) after its collision with a merchant ship off the coast of Japan on 17 June 2017. The warship first limped to Japan for evaluation before being sent back to the United States for repairs. But she could not be dealt with at any of the Pacific dockyards; she had to be carried to a dry dock at Ingalls Shipbuilding in Pascagoula, Mississippi. The Ingalls facility is the leading construction site for the Arleigh Burke–class, having built 30 of them with more under contract. At the time, the Navy stated, “Only [Ingalls] has the available capacity to restore USS Fitzgerald to full operational status in the shortest period of time with minimal disruption to ongoing repair and new construction work.”

He then discussed destroyer repair incidents over the last few years, which required repairs to a damaged vessel, but only one at a time.

Each of these destroyer incidents involved only one ship, and none was especially large. How many warships might be damaged in a short period during a war with a major adversary? And might they not include larger ships: cruisers, amphibious assault ships, and aircraft carriers? A 2018 reportby the Congressionally chartered National Defense Strategy Commission warned, “Against an enemy equipped with advanced antiaccess/area-denial capabilities, attrition of U.S. capital assets—ships, planes, tanks—could be enormous.” Wargaming at the Naval War College could provide ballpark figures for damage levels that might be suffered in a variety of engagements.

Where would the stricken ships go for repairs and how would they get there? And how long would it take to get them back into action? There is nothing in the current industrial establishment to support anything other than pessimism about the answers.

The Navy’s fiscal year 2020 funding request includes $92 million for drafting the Shipyard Infrastructure Optimization Plan, which covers both public and private shipyards. As part of this analysis, the extra capacity to repair battle damage on a realistic scale must be examined, with a focus on creating substantial capacity on the Pacific coast to support repairs in the most likely theater for major naval combat.

Mr. Hawkins taught economics at universities in Tennessee, North Carolina, and Virginia before going to Washington, DC, for a 20-year career focused on the defense industrial base. He worked for Congressional committees and think tanks and has published hundreds of articles on national security topics for a wide variety of professional and popular publications including those of the Army and Naval War colleges.

The featured photo shows the the damage which could been seen to the guided-missile destroyer USS John S. McCain (DDG 56) following a collision with the merchant vessel Alnic MC off Singapore on Aug. 21, 2017. U.S. Navy Photo