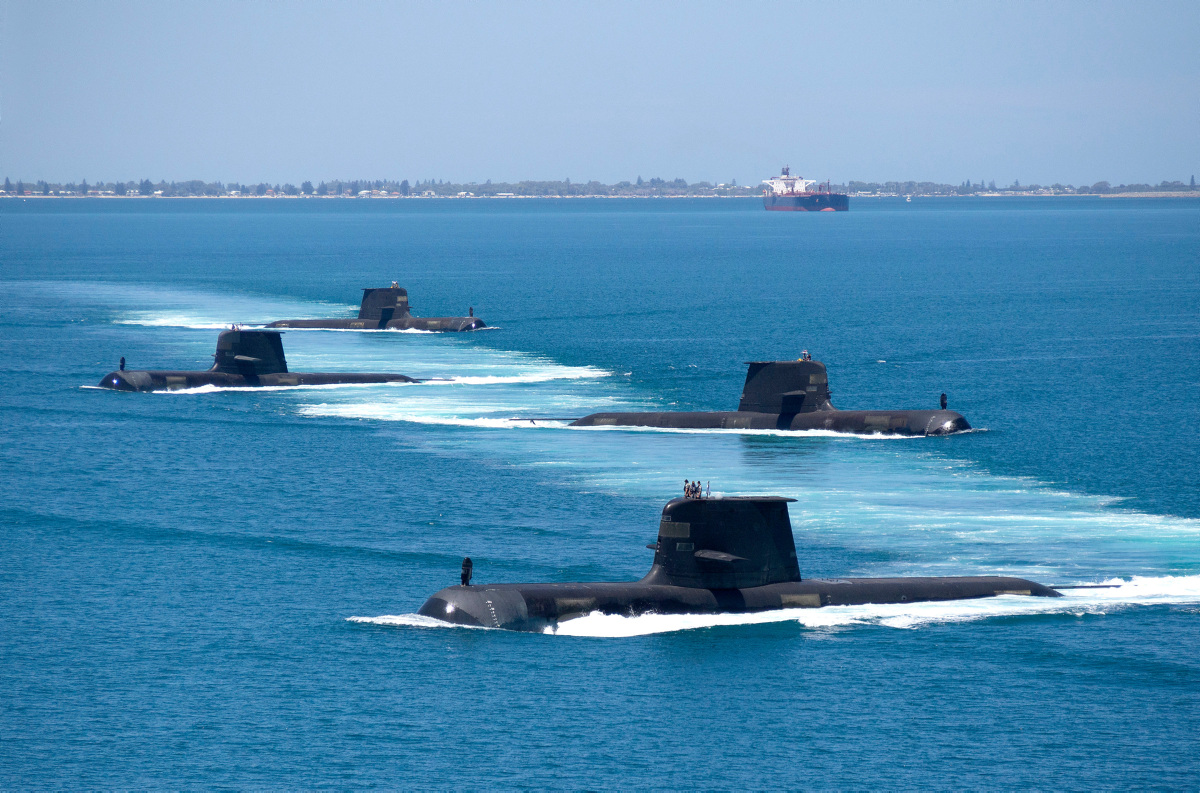 First and foremost, it is refreshing to see Australian MPs sticking their necks out, thinking strategically and openly engaging in the defence debate, beyond the narrow confines of basing politics and ‘nimbyism’. Gosling’s proposal to make more of Darwin as a regional defence training and engagement hub is also worth considering.

Second, it serves as a reminder that Australia’s future submarine program is not simply behind schedule, with dim prospects for expanding the force beyond six boats until the late 2030s. It also suffers from a curious lack of attention to logistic enablers, such as submarine tenders and designated forward operating locations.

This is odd, given the prominence assigned by Canberra to the submarine program as the mainstay of the Australian Defence Force’s conventional deterrent capability.

However much the technology evolves, the distances that Australia’s conventionally powered submarines are required to travel from their home base, HMAS Stirling near Perth in Western Australia, to their patrol areas are unlikely to change. That is a drag on fuel and time on station, with no obvious prospect of being able to refuel or rearm in the theatre of operations. Fremantle is a long way to go to fill up and reload.

While Darwin offers a central, strategic location in the Top End, it’s not an ideal jumping-off point for submarines, for reasons that Gosling elucidates.

But Australia has other options that are arguably more suited for supporting forward submarine operations, from its eastern Indian Ocean territories, the Cocos (Keeling) Islands and Christmas Island. Christmas Island is better known as Australia’s front line against illegal migration, just 280 nautical miles from Jakarta. Such proximity imposes both political and operational constraints on its development as a military base. But the Cocos (Keeling) Islands, located 700 nautical miles from Indonesia’s capital, already play a significant enabling role in Australia’s defence, as a forward location for maritime surveillance aircraft. The enabling infrastructure on the islands, as foreshadowed in the 2016 defence white paper, is set for further expansion.

These far-flung Indian Ocean outposts are easily written off as liabilities. In How to defend Australia, Hugh White acknowledges ‘circumstances in which they would be critically valuable’, but concludes they are more trouble to defend than they’re worth. In testimony to parliament, Anthony Bergin and Sam Bateman have also highlighted obstacles to building up defence infrastructure on the islands, in terms of physical geography and challenging weather.

Still, I believe Australia’s Indian Ocean islands deserve serious attention as a force multiplier for Australia’s submarines. The Cocos (Keeling) Islands lie 2,000 nautical miles northwest of Perth, in a handy location for Australia’s northwest approaches or major straits that pass through the Indonesian archipelago. Christmas Island is even closer. As Australian territories, only the enemy and mother nature can deny their use.

Of course, the flip side to Cocos (Keeling)’s and Christmas’s value as prime strategic real estate is their vulnerability to blockade or direct attack. Yes, they would be much more vulnerable than Darwin, but still worth investment in hardened infrastructure, including fuel and weapons storage, as well as stable berthing locations. In peacetime or crisis conditions, the ability to sustain more of Australia’s submarines forward, for longer, could be very helpful indeed. Even one combat reload in theatre would be a significant multiplier for a small force in wartime.

The principle should be to make as many of the logistical enablers as mobile as possible, so that they can be flown in and flown out at short notice. Can Australia’s future submarines be designed in ways that assist resupply from such rugged, bare-bones locations?

We should not be too quick to discount the strategic value of Australia’s offshore Indian Ocean territories when they could help to stretch the legs and combat punch of the ADF’s most strategic and precious capability.

If history is a guide, the US submarine effort against Japan stumbled in its initial stages because it was too widely dispersed—between Hawaii, Brisbane and Perth—and because of a malfunctioning torpedo. Concentration matters, especially when the assets are so few.

But in a contemporary maritime conflict, Australia’s submarines are likely to require much greater intensity of effort in the opening stages, primarily directed at naval forces, instead of an attritional campaign against an adversary’s economic supply lines.

The pitiably small number of submarines that are likely to be available to Australia over the next two decades means that we must be creative about maximising the limited capacity available. Technology will surely evolve, sometimes in surprising ways. But the distances remain constant. This mandates more attention to logistical enablers, leveraging our outlying strategic geography, to enhance the ability of our submarines to operate and to fight forward.

Admittedly, this is an unabashed armchair admiral’s thought bubble. Others more in the know will spot flaws obvious in the argument. But that’s okay; at least the debate will have been joined. Well done to Luke Gosling for opening the valves.

This article was published by ASPI on November 1, 2019.