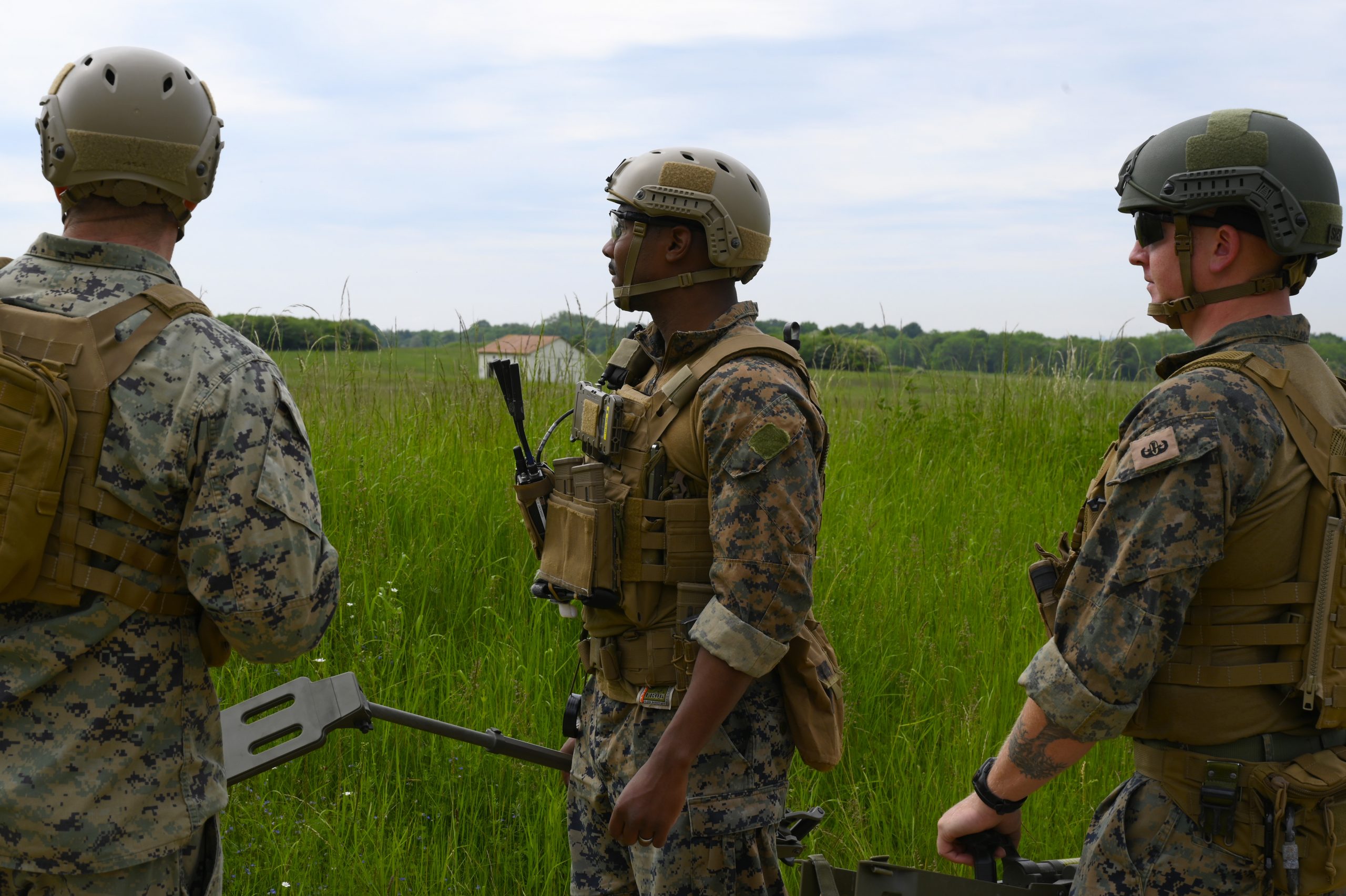 Well, NATO kicked off BALTOPS 50 on the anniversary of D-Day.

This is how the press release from Naval Striking and support Forces NATO highlighted the launch of the exercise:

“This year, we celebrate the 50th BALTOPS, an exercise that sets the foundation of interoperability across the Alliance,” said U.S. Vice Adm. Gene Black, commander, Naval Striking and Support Forces NATO and commander, U.S. Sixth Fleet. “BALTOPS stands as the keystone of our exercise season, demonstrating half a century of the unwavering commitment of our partners and Allies. Lessons learned in BALTOPS enable international strike group operations, advanced missile defense capabilities and seamless surface action group missions.”

During the first six days (the CET/FIT phase), ships and aircraft will transit through the Danish Straits, focusing on maritime operations in critical chokepoints, ensuring access and freedom of navigation in the Baltic Sea.

For the first time, exercise design incorporates defensive cyber warfare tactics, techniques and procedures as BALTOPS continues to adapt and train to ensure an asymmetric advantage in the era of modern warfare.

Naval Striking and Support Forces NATO (STRIKFORNATO) will again command and control BALTOPS from its headquarters in Oeiras, Portugal.

BALTOPS, held in the Baltic region since in 1972, is a joint, maritime-focused exercise that brings together NATO Allies and partners in order to increase interoperability and enhance flexibility among the participants.

In a press release from the 26th MEU dated June 6, 2021, this is how their role in the exercise was described:

BALTOPS, the premier maritime-focused exercise in the Baltic Region, began in 1972 and is now in its 50th iteration and continues to build on a legacy of high-end interoperability between allied and partner maritime forces.

During Baltic Operations 50, Marines with the 26th MEU will participate in a constructive, scenario-driven exercise, enhancing staff proficiency across various warfighting domains, as well as test advanced expeditionary warfare concepts in effort to contribute to our increased lethality, interoperability, and integrated warfighting.

“Exercises in Europe provide us with an opportunity to enhance relationships, interoperability, and interdependence with our allies and partners,” said Sampson. “Baltic Operations 50 and other similar exercises ensures the 26th Marine Expeditionary Unit remains ready, relevant, and capable, ready to fight tonight and win in any clime or place.”

The exercise, commanded by Vice Adm. Eugene H. Black, Commander U.S. Sixth Fleet and Striking and Support Forces NATO, demonstrates NATO’s commitment to promote peace and security in the region by exercising an international team of forces that can rapidly respond in a time of crisis.

And this press release highlighted the role of the USS Roosevelt in the exercise.

GDYNIA, Poland – The Arleigh Burke-class guided-missile destroyer USS Roosevelt (DDG 80) arrived in Gdynia, Poland alongside other NATO ships prior to the start of BALTOPS 50, for a scheduled brief-stop-for-fuel, June 5, 2021.

Roosevelt is one of more than 40 ships from 18 nations scheduled to participate in the 50th iteration of BALTOPS, the premier maritime exercise in the Baltic sea, June 6-18.

Roosevelt is one of four U.S. Navy destroyers based in Rota, Spain, and assigned to Commander, Task Force 65 in support of NATO’s Integrated Air Missile Defense architecture. These Forward-Deployed Naval Forces-Europe ships have the flexibility to operate throughout the waters of Europe and Africa, from the Cape of Good Hope to the Arctic Circle, demonstrating their mastery of the maritime domain.

U.S. Sixth Fleet, headquartered in Naples, Italy, conducts the full spectrum of joint and naval operations, often in concert with allied and interagency partners, in order to advance U.S. national security interests and security and stability in Europe and Africa.

For an article which looks at BALTOPS 19 which was the first exercise for the newly re-established Second Fleet, see the following:

The Evolution of a Startup Command: Second Fleet and the 4th Battle of the Atlantic

C2 and Fleet Innovation in the North Atlantic