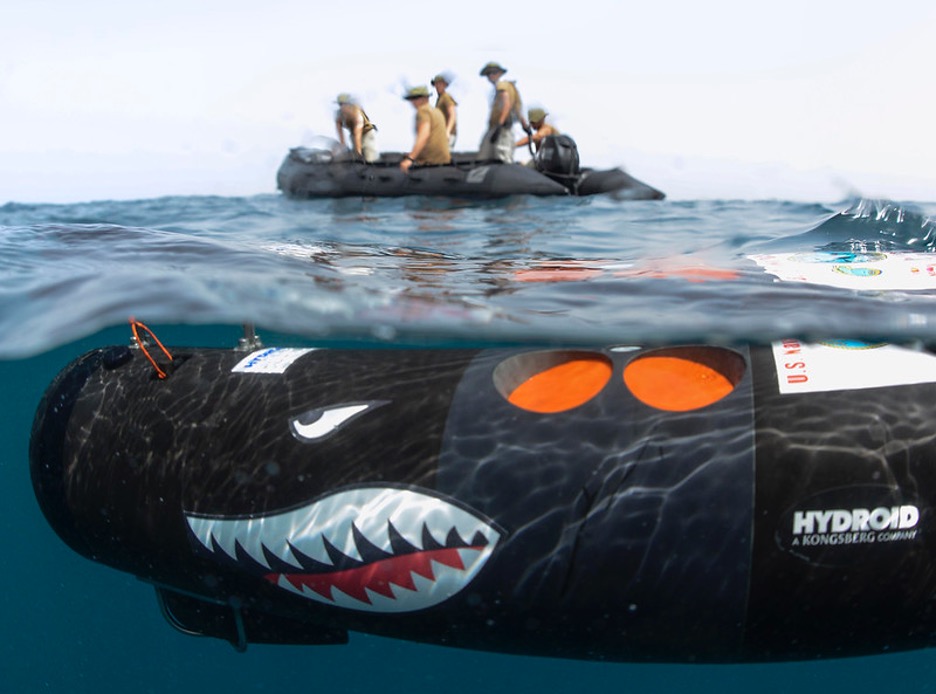 Now that the cacophony surrounding Australia’s submarine decision and the AUKUS announcement has quietened somewhat, it’s timely to mention a much smaller but nonetheless important milestone in building the Royal Australian Navy’s lethality—the pending acquisition of a sea mine capability.

Greg Sheridan of The Australian has recently, and quite rightly, written extensively about the need for the Australian Defence Force to embrace a range of asymmetric weapon types to add some spine to Australia’s quest for greater self-reliance as well as increased lethality. So, it was timely that just two weeks ago the Defence Department released a request for information from industry relating to the near-term acquisition of modern sea mines. Project SEA 2000—Maritime Mining, is up and running, and not before time.

The ADF’s force structure has become more and more US-centric over the past 70 years of Australia’s sitting underneath the umbrella of the ANZUS Treaty and all that that entails. In distancing themselves from the British influence that was still the hallmark of the ADF after World War II, our senior ADF leaders (over several generations) have become indoctrinated if not consumed with every aspect of interoperability, at the highest levels, with US forces. The navy is completely enamoured with slotting itself in a US battle group (or amphibious ready group), the air force has the appearance of a subset of the US force with a range of US-sourced aircraft types, and the army to a lesser extent with artillery and tanks.

None of this is a problem when you rely on the US for your overarching defensive strategy. Having all your eggs in one basket becomes a problem, however, if things go awry and your senior partner is otherwise occupied. So rather than complementing the US with capabilities (and in this case asymmetric ones) which make the whole greater than the sum of the parts, we’re at risk of being just some more of the same. And those parts, as Sheridan has pointed out, are vulnerable due to a range of potential support and survivability weaknesses (everything is made somewhere else).

And so, to asymmetrical capabilities. SEA 2000 aims to acquire an outfit of modern sea mines to be laid by submarine, surface and air assets. This acquisition has been a long time coming, after an attempt to acquire mines in the early 1990s was shelved. The RAN hasn’t been particularly interested in sea mines; it involves boring and dangerous work and just doesn’t have the air of being ‘blue water, big navy’ in the same way a new destroyer does.

Anything to do with mines, laying or countering them, has been a backwater for many years in both the RAN and the US Navy. But sea mines are exactly the asymmetric weapon Australia needs plenty of. As a maritime nation, our sea approaches are extensive, but many are eminently mineable and the presence of minefields either laid to protect our sea lanes or laid to disrupt an adversary’s operations against us is one hell of an asymmetric capability.

Some in the navy may suggest that all we need to do is to get a few and advertise that we have them, and that area of navy capability is done and our potential foes will tremble in their shoes. They are a tad misguided. Australia needs an extensive mine inventory, and we need to practise laying them from air, surface and subsurface platforms to become proficient in their use as well as demonstrate to observers our real capacity to bring these powerful yet flexible weapons to bear. Anything less and our mining capability will be seen as nothing more than a paper tiger.

The ADF will need a mix of influence mines as well as more advanced encapsulated torpedo mines to be laid from surface ships (offshore patrol vessels and craft of opportunity), aircraft (P-8s and heavy lift units) and submarines. Newer technology involving the use of modified autonomous underwater vehicles will also enable the ADF to acquire smart mobile mines that can be launched from submarines and navigate autonomously into adversary waterways and harbours.

If there’s one sure way to deter adversary surface and subsurface units from approaching our harbours or using our sea lanes, it’s the laying of minefields. Even in periods of tension, mines provide the flexibility to impose a significant deterrent without causing an all-out confrontation.

As one of many examples, minefields can be laid in home waters so that the onus is on an adversary to stay away. Such protective fields could be remotely controlled (turned off and on by command) to allow the safe passage of friendly ships, both merchant and naval. Of course, in times of conflict they can be laid anywhere, with a variety of strategies and tactics to choose from. The psychological impact on an adversary is extensive as soon as sea mines enter the fight.

In the same way that industry has answered the call on advanced missile initiatives (encouraged by the government), so too must the call go out for industry to become engaged in the development and supply of sea mine systems and support. Defence Innovation Hub grants, for example, could target industry with emerging capabilities.

Importantly, there also needs to be cultural change within the RAN. Leadership from the top is required to ensure that sea mines and all they offer in both the defensive and offensive realm are covered in warfare training across rank and file. At best, current training in minelaying and mine tactics in general is cursory; even mine warfare specialist officers have little exposure to the tactics and skills involved.

A reinvigorated mining capability is an important investment for the ADF. To support the acquisition, industry must be encouraged to participate, and the navy must step up and build a supporting culture. The ADF’s shortcut to lethality is to embrace asymmetric weapons and tactics. A well-resourced and competent minelaying capability will add significantly to Australia’s defence in terms of both deterrence and lethality. Bring on SEA 2000.

This article was published by ASPI on October 21, 2021