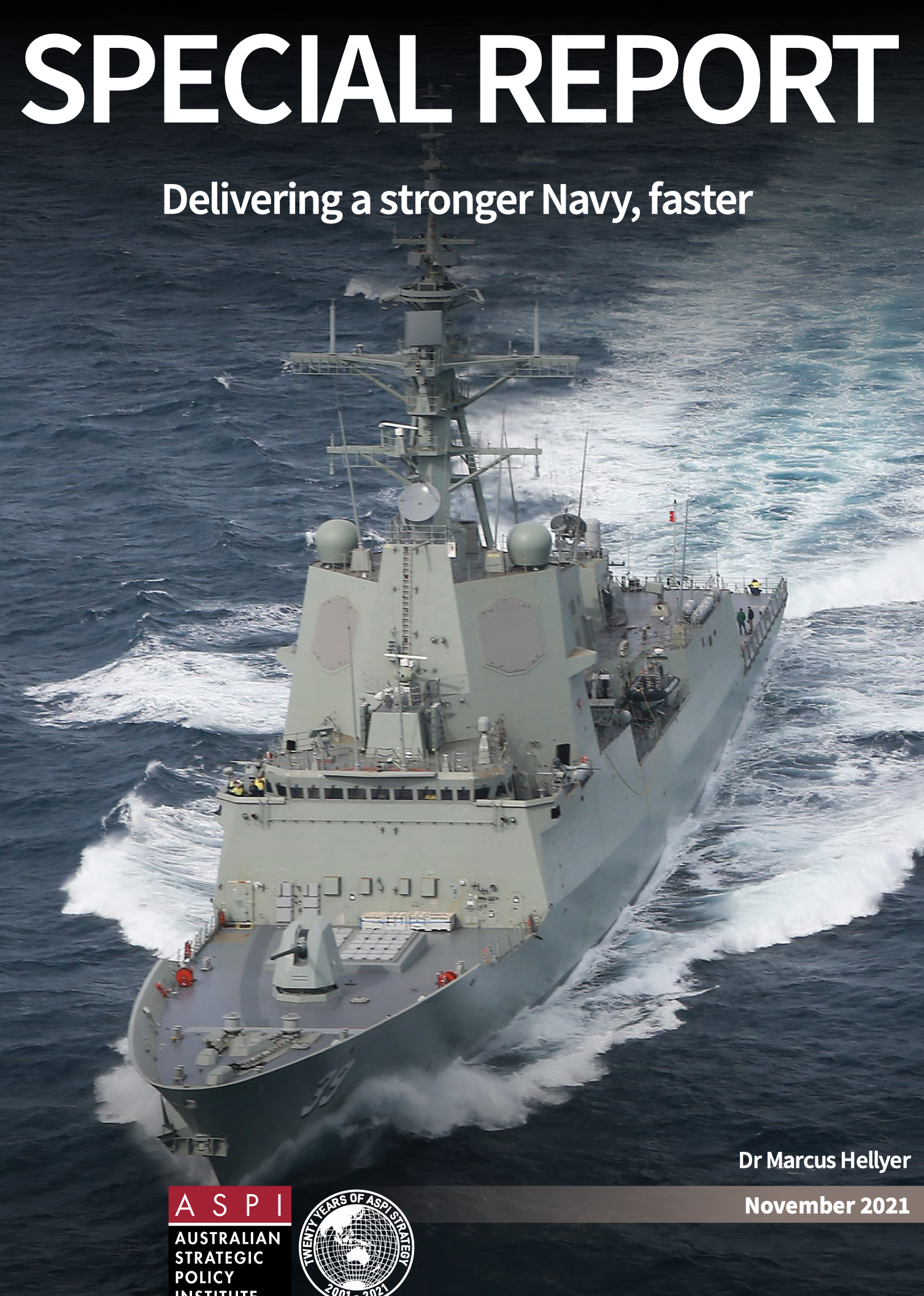 One of the challenges facing the build out of modern navies for the United States and its allies is the cost, time line and limited production capabilities to build capital ships.

I have often thought that the U.S. Navy’s thirty-year shipbuilding program has been overtaken by the need to look at the concepts of operations which the maritime force can deliver in combination with the joint force and to find ways to capitalize the workforce already created for existing ship types.

And to then make judgements with regard to the kinds of ships that need to be built, and to avoid at all cost orphan ship classes like the littoral combat ship.

Dr. Marcus Hellyer and I have both focused on the new build OPVs in Australia as a platform which could be leveraged significantly, notably in light of shaping a kill web enabled navy.

When you shift from set piece design ship combat task forces to modular tasks forces which can incorporate land and air systems not formally part of a classic maritime task force, one can rethink how to innovate with regard to ship builds.

Ships can operate as presence forces with scalability through kill webs to tap into joint and coalition strike and defense capabilities.

In his November 2021 report on the Australian Navy, Hellyer drew upon his earlier paper on the OPV to highlight what in effect is a recognition of the kill web enabled maritime force.

Hellyer identified two approaches which could leverage what is already in place but re-imagined, re-worked and integrated.

The first is “building vessels based on the OPV hull but fitted with missile systems and smart autonomous systems—air, surface and undersea. Not every maritime platform needs to be able to do every task and defeat every threat by itself. Breaking this mindset opens new possibilities.

“An armed version of the OPV that doesn’t pretend to be a multi-role platform but has useful offensive or sensor capabilities looks attractive as a near-term addition to the Navy’s lethality that complicates any adversary’s decisions. They won’t be multi-role vessels, which avoids the spiralling complexity and cost we see with the Hunter (Note: the new frigate class), but would operate in tailored taskforces with other vessels.

“This approach would be part of a broader strategy of making greater investments in the ‘small, smart and cheap’—disaggregated uncrewed or minimally crewed systems that employ autonomous technologies to generate distributed mass and effect.”

This of course is a pure statement of a kill web approach.

What the kill web approach to integratability highlights is focusing on how to connect relevant platforms to shape an integrated force package based on shared situational awareness and C2 decision making capability.

It is not about how much capability one can pile onto to one exquisite platform.

But having platforms, and enough of them to operate in the extended battlespace, is crucial. This means that building out of what you can build now is not a bad idea, rather than putting your eggs in the future X class frigate, destroyer or carrier.

And in the Hellyer report he focuses on the Australian variant of this point, namely rather than waiting for the future frigate class, it would behoove the Navy to build out what they have already succeeded in doing, namely building a first class Aegis ship.

“The second approach is the option of building more Hobart-class air warfare destroyers. We’ve already been through the pains and challenges of getting the design right and learning how to build them. While they mightn’t have quite the same antisubmarine warfare capability as the Hunter is intended to have, they’re still very capable antisubmarine platforms. Moreover, their 48 missile cells offer advantages over the Hunter in air defence and strike—and for deploying missiles made in Australia through the emerging guided weapons enterprise.

“With the design mature and the build process well understood, there’s the realistic prospect of getting a second batch of three Hobarts into service before the Hunter program delivers, the first of them well before the end of the decade.

“As with any complex undertaking, there will be challenges, such as managing facilities and workforce between the major shipbuilding programs at Osborne in South Australia and restarting supply chains, but the shipyard was designed to have more capacity than simply producing one frigate every two years.

“The reason the government retained ownership of the shipyard (and the taxpayers funded its development) was to retain the flexibility to produce different vessels from different designers as required.

“Moreover, a new air warfare destroyer program will help generate the ecosystem of skilled tradespeople, designers, engineers, combat systems integrators, project managers and local suppliers that will be needed for the build and sustainment of the future SSNs. It would avoid a cold start to the SSN program and so help mitigate its schedule risks.”

Hellyer makes the core point, which is too often lost in discussions of shipbuilding: “If the National Naval Shipbuilding Enterprise can’t deliver meaningful capability well before 2030, then its entire purpose needs to be reconsidered. Ultimately, delivering actual capability in strategically relevant time frames will address risk as well as rebuild public confidence in the shipbuilding enterprise.”

Later this year we are publishing our book entitled: “The Emergence of the Maritime Kill Web Force: Deterrence and Warfighting in the 21st Century” which expands the arguments highlighted in this article.

The PDF version of the report can be downloaded here:


And an e-book version of the report can be read below: