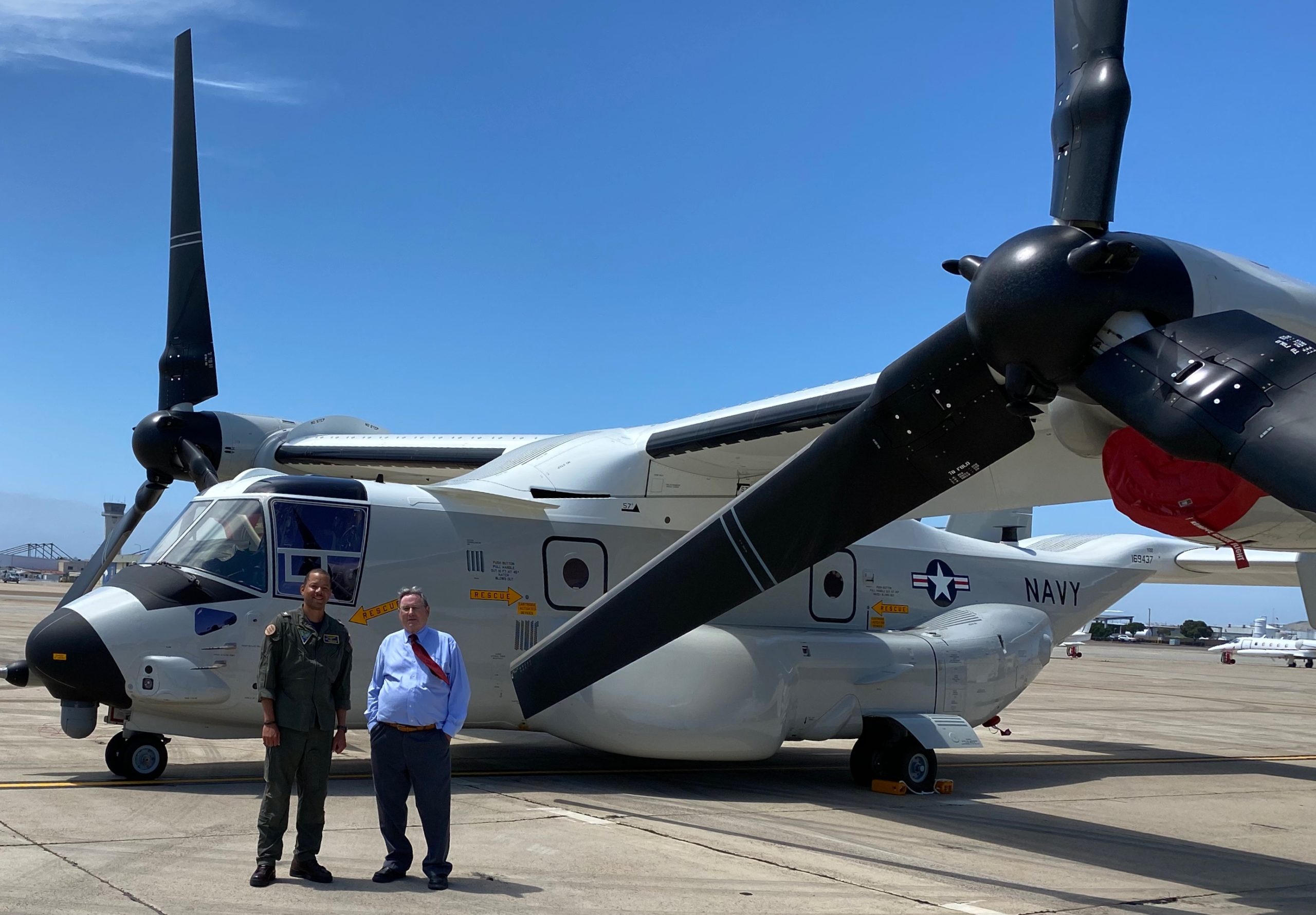 To meet the challenge of operating a distributed fleet but working force integration, the Navy along with the joint force clearly need to find ways to work more effectively with one another.

And as I highlighted in my initial piece in the series, sustainability in a contested environment is a crucial capability to be able to do so.

In my meetings with Vice Admiral (Retired) DeWolfe Miller when he was the Navy Air Boss, we focused on what I would call the integratable air wing. This is referred to officially as the airwing of the future, but I think this is simply too narrow of a characterization.

The evolution of the carrier clearly requires the ability to use its air assets for the wider fleet in new and innovative ways, as well as to work ways that the carrier and other capital ships can tap into land-based and non-Navy air assets to expand the reach of the force to enhance its survivability and lethality.

My colleague Ed Timperlake and I discuss at some length the evolution of the carrier along the lines of this article in our book A Maritime Kill Web Force in the Making.

We underscored that what is underway is a shift from integrating the air wing around relatively modest and sequential modernization efforts for the core platforms to a robust transformation process in which new assets enter the force and create a swirl of transformation opportunities, challenges, and pressures.

“How might we take this new asset and expand the reach and effectiveness of the carrier strike group? How might it empower maritime, air, and ground forces as we shape a more effective (i.e., a more operationally integrated in terms of effects) force? What is being set in motion is a new approach where each new platform which comes into the force might be considered at the center of a cluster of changes.

The CMV-22B is being introduced into the fleet and fits perfectly into the integratable air wing model.

The Navy is buying the CMV-22B to replace the venerable C-2A Greyhound to provide for logistical support to the carriers.

Yet the CMV-22B with its flexibility to land on a wide range of seabases, and to move rapidly from a variety of land bases means that it can lead to a significant rethink of how to perform logistics support across the fleet and to be able to work very differently with the joint force as well.

This latter subject I will explore in a later piece.

The Navy’s logistics air arm which the CMV-22B is transforming will certainly be able to work across decks in the fleet.

This is clearly not something which the legacy aircraft for the logistics mission, the C-2A, could do.

Captain Dewon “Chainsaw” Chaney, the Commander of COMVRMWING (or Fleet Logistics Multi-Mission Wing), in an interview I did with him last year underscored that it was clear that the Osprey was not the Greyhound and that as the platform operates within the fleet, the a aperture is open on how it might work to support fleet operations.

This is how he put it: “The Osprey provides flexible options for austere support. I think we’re going to need that as we look toward the future and where we’re potentially going to operate, where we may be forced to operate, depending on the evolving combat situation.”

And in my discussions with Vice Admiral (Retired) De Wolfe Miller, the initial task was clearly identified as getting the Osprey onboard the carrier and integrated with CVW operations.

But while doing so, it is important to focus on how the Osprey working within the CVW can provide a more integrated force.

Vice Admiral Miller underscored that he and his team are looking for the first five-year period in operating the CMV-22 for the Navy to think through the role of the Osprey as a transformative force, rather than simply being a new asset onboard a carrier.

The current buy of CMV-22Bs is to provide enough Ospreys to perform the logistics function for the carrier force in its normal peacetime roles.

But to enhance in the short and mid-term the lethality and survivability of the fleet, a low hanging fruit is to ramp up the numbers of this core logistics asset to ensure that the fleet can perform the logistics required in a contested environment.

But I would argue even more broadly than this goal.

Buying a significant number of CMV-22Bs can allow the Navy far more rapidly and cost effectively to meet the shortfall on logistics support for the wider fleet as well as to shape new ways of working with the joint force, both to support them as well as for finding new ways for the joint force to enhance the operational reach, survivability and lethality of the fleet itself.

In other words, ramping up the CMV-22B buy provides a thread which can tie together the wider fleet and the joint force into a more lethal and effective kill web force.

The featured photo is of Captain Dewon “Chainsaw” Chaney and myself during a visit to North Island.

For the first piece in the series, see the following: