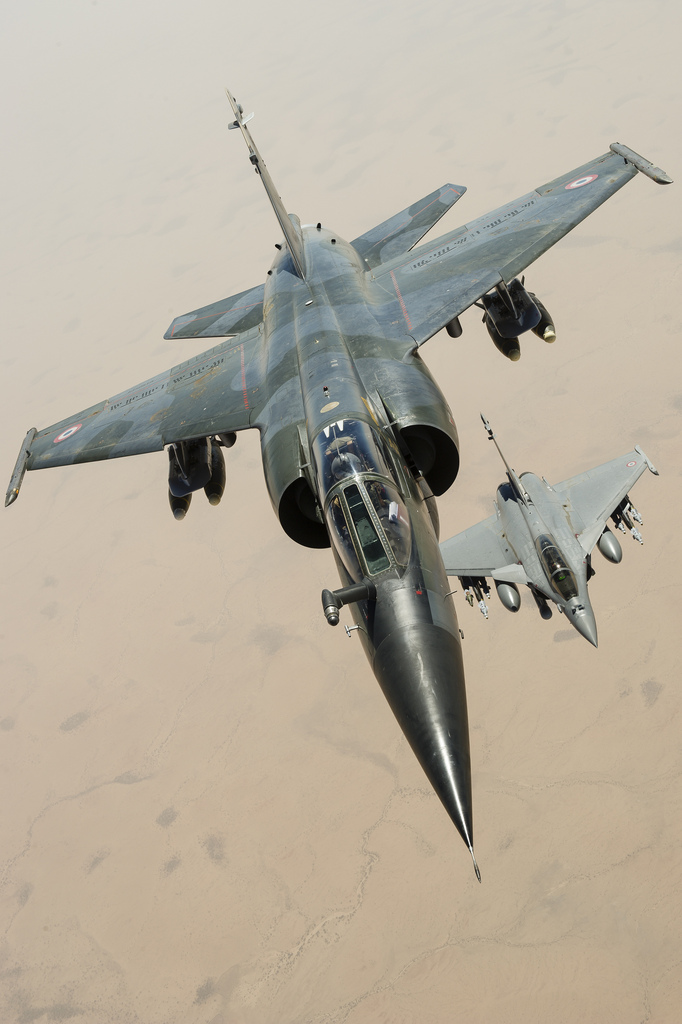 We are focusing upon ways to leverage military innovations as part of a broader rethink of crisis management approaches in the context of a strategic shift from the experience of the past decade for Western militaries.

In this article by Murielle Delaporte, based in part on her time in Mali with the French forces, French forces are seen as working through a different approach, one which is part of the strategic transition as well.

The revolution in logistics seen in air and maritime support for ground forces can reshape how these forces operate.  The French experience in Mali provides a case in point.

The French forces were requested by the Mali government to intervene to defend the capital and the southern part of the country almost at the last moment.  Because of a rapid political decision-making process, because of French presence on the regional theater linked to ongoing military missions (Epervier ; Licorne), and because the French have been building a very integrated, and rapid deployment force – one forged around expeditionary logistics –, the French were able to intervene rapidly, and to move rapidly.

What this let the French forces do was to attack the aggregated enemy forces.

What is often forgotten is that extremist forces may well disperse to avoid destruction, but to have a real political effect from the use of their forces, one needs to aggregate the forces and seize territory.  One only has to remember the teachings of Mao to understand this point.  What this means as well is that an outside force configured and poised to attack aggregated enemy forces moving against definable territorial “prizes” can be attacked as such.

French forces entered  at the beginning of the operation first with air power directly initiated from French air force bases and then rapidly with massive air-ground force. As a result, they have been forming a «21st century caravan» approach (as one French convoy commander refers to it), where logistics and operational elements had to be combined simultaneously into a single force.

There is no classic approach to the rear and the front.

In what could be called phase one of the operation, the French did their own version of “shock and awe.”

A rapid and massive offensive was generated to block the insurgents from reaching Bamako who were within reach of the capital within a matter of days.  The French government on January 11th, 2013 after a request for help came from the President of Mali mobilized an insertion force.

A month later, as the Commander of the French Army Aviation in Mali explained, “the enemy has been taken by surprise and is now destabilized. Because of the lightning speed of the maneuver by the Serval [the name given by the French to the operation] force, the insurgents are now fleeing and not willing to fight as they did not expect such concentration and mobility heading their way.”

This effort has been possible due to several factors.

The first factor is the speed of the French forces and their ability to act from the outset in a matter of hours as far as air operations were concerned. For example, on the Air Force side, the very first strikes made by the Rafale fighters taking off from the FAB Saint Dizier were done thanks to a nine hours and thirty-five minutes flight involving five air-to-air refueling.

On the Army side, it took only two days for the French Army Air Mobility Group (GAM for Groupe aéromobile) involving close to 300 men and 20 helos to be operational after a strategic airlift from the South of France to the capital of Mali and in autonomous operation with the help of the logistic battalion (BATLOG) simultaneously deployed with the strike force. As a French officer involved in the operation has noted: “after leaving Bamako for Sévaré five hundred kilometers further on January 26th, then leaving again for Gao on February 6th five hundred kilometers further, I have available the support tools of nearly a full regiment ranging from my air control tower (…) to spares allowing me to last for months.”

The rapid surge of the Serval force, which eventually grew to three battalion-sized Task Forces (GTIA for Groupement tactique interarmes), has also been facilitated by France’s historic presence and defense commitments in this part of the world (e.g. the Epervier operation in Chad since 1986 and the UN Unicorn operation in Ivory Coast since 2002). And France was able to leverage various national assets currently based in other African countries, as well as full support from these nations.

Mobility and concentration of forces have also been rendered possible by good C2 and joint training and experience between the French Air Force (Rafale and Mirage 2000D fighters and N’Djamena-based JFACC), the Navy (with the amphibious assault ship BPC Dixmude bringing ground elements ashore and with the Atlantique 2 maritime patrol aircraft crucial to coordinate CAS operations between Army aviation and ground troops) and the Army.

This is also true at a joint level, since good C2 and joint training have been key to operate the international transport and refueling fleet which joined in Serval.

While executing phase one, the French were preparing their transition to the next phase, a second phase in which regional peacekeepers and the Mali Army itself would become the key force to provide for stability.

The French themselves are keeping a modest force in place, one that can aid in the process but can also move rapidly within the country to defend themselves plus their allies.

From the beginning, the French intervention was not seen as an isolated event, but as one designed to clear the path for coalition forces to take over the mission.

For France, the North African region, in many ways, is as significant as is Mexico for the United States.  And in a region of close proximity with high strategic consequences and many foreign nationals living there, ongoing engagement is a reality.

Regional support is absolutely key to prolong the deterrent effect of the French initial military action.

It has been made possible by the months of preparation, which took place before it occurred ahead of schedule, as is the one of the international community via the United Nations and/or other organizations.

The latter has been slowly, but surely picking up with a growing number of allied countries’ logistic and support assets being gathered to help French and African armed forces’ sustainability on a theater where vast elongations and the ability to hold a difficult territory are the key challenges.

Transport aircraft and tankers have been sent early on by the United States and European countries, while the Eindhoven-based European Air Transport Command  played its role in providing needed assets.

From a French prospective, the goal has been to start reversing the balance between supported and supporting forces as early as April in order to prevent the “Afghanisation” of the conflict feared by some, but in a secure, responsible and coordinated manner, as well as to avoid a strictly national involvement according to the principle “First to enter, first to leave”, as recently stressed by the French chief of staff in front of the French National Assembly defense commission.

Indeed, as the COMANFOR, General de Saint Quentin, has been stressing, Serval not only boosted the Malian armed forces confidence to keep on fighting, but also played the role of a catalyzer in order for the African forces to mobilize themselves and play the regional role they have been aspiring to play.

Phase three could hence be characterized as the shaping of the post-insurgent Mali, and here working with the Mali government and African forces is central.

In this phase, European support and trainers will be a key part of shaping whatever is possible with regard to stability in Mali. European military training, which is also kicking in, will also be a key factor to make sure African ground troops have the best chances to secure the whole land of Mali.

In other words, the French experience in Mali is about building a first entry insertion force with expeditionary logistics fully integrated with the maneuver forces.

This force is then able to work within the region and to become a lead element in its own transition and withdrawal. The French approach is very much about how to intervene and to trigger coalition operations in order to stabilize the situation with regional partners, rather than to simply stay in place for a long time.

*** This article is based on interviews conducted with French forces who have operated in Mali.

The featured photo was taken from a C-135FR tanker, showing a Mirage F1CR armed with four MK82 and a two-seat Rafale Aircarrying six GBU-12 bombs, during a joint air-to-surface mission in West Africa.

For Murielle Delaporte’s regular coverage of the French military, see her articles on Breaking Defense or the French language defense journal of which she is the editor.