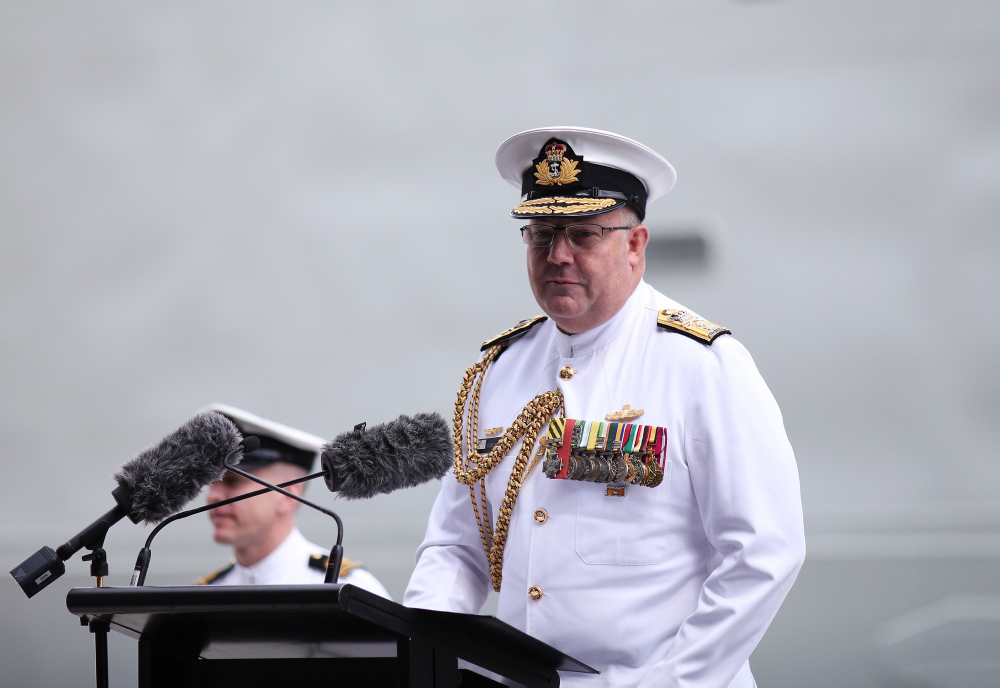 During a visit to Australia in August 2016, I had a chance to discuss the way ahead for the Royal Australian Navy with the Commander of the Australian fleet.

This article was first published on September 10, 2016.

During the Williams Foundation seminar on evolving approaches to air-sea integration, Rear Admiral Mayer, the Commander of the Australian Fleet, focused on the concrete and specific challenges facing the evolution of the Royal Australian Navy as a key element of the joint force.

He argued that the Army, Navy and Air forces were evolving in the context of tapping shared networks to empower their platforms to form an extended battlespace.

But the challenge, he observed, was to work through how to most effectively shape, coordinate and execute effects from the networked force while retaining decision authorities at the lowest practical level to achieve speed of decision.

He highlighted that the Navy was returning to a task force concept but one, which was 21st century in character, whereby Navy was tapping into ground and air assets as “part” of the task force, rather than simply focusing on Navy operated assets.

This evolution of the task force effect and the networked approach, clearly in the mode of what the US Navy is referring to as the “kill web,” will require the evolution of capabilities, both in terms of connectivity, and training.

During the seminar he characterized the network as a weapon system with “no single master” and that one of the ADFs challenges was to shape the evolving network in order to effectively operate in a distributed multi domain task force.

“Each service is designing its platforms and enabling their potential through the elements of a common network.

“There is increased overlap thereby for the air and sea forces, at the very least through the access and synergy provided in the network.

“A fundamental question presents itself; how should we best develop, certify and deploy our joint network that must be cross domain in nature?”

He argued that the Australian Defence Force was on a good track but needed to enhance its capability to work in a joint domain that recognized tactical effects were generated by Services, but operational outcomes were inherently Joint.

In effect, the Services provided the muscle behind the Joint intent.

If the ADF were to achieve its potential it would need to design forces from the ground up that were interconnected to a single reference standard, rather than simply connecting assets after the fact.

But to do so required an open architecture approach to building a joint network that recognized the different needs of the participants.

The role of the network as a weapon system required that it had to be designed, deployed and certified like any other weapon system.

I had a chance to sit down with Rear Admiral Mayer and discuss further some of his thinking about the way ahead.

“We are joint by necessity.

“Unlike the US Navy, we do not have our own air force or our own army. Joint is not a theological choice, it’s an operational necessity.”

It was clear both from his presentation and our discussion during the interview that Rear Admiral Mayer was focused on how the build out of the Navy in the period ahead would be highly correlated with the evolution of the joint network.

“The network is a weapons system.

“Lethality and survivability have to be realized through a networked effect.”

A key element of change for the Australian Navy was evolving a 21st century concept of task force operations.

He noted that the development of the new amphibious ships had come within a decade of work on shaping an amphibious warfare system.

The importance of the LHDs was not just the capability they offered, but the elevation in thinking they drove in Navy over the decade, thinking that moved operational concepts from the platform to the Task Group and affected all of Navy’s force elements.

He emphasized throughout the interview that not enough work has yet been done to prioritize the evolving C2 and network systems empowering the platforms in the force, including but not limited to the amphibious force.

He sees this area of development as a crucial one in creating a more interactive joint force able to deliver lethal effect.

“The potential of each of the individual platforms in a network is such that we’ve actually got to preset the limits of the fight before we get to it.

“The decisions on what we’ll do, how much we’ll share, and what sovereign rights we will retain have to be preset into each one of the combat systems before you switch it on and join a network.

Rear Admiral Mayer Looks at the Evolution of the Australian Navy from ICSA, LLC
Defense Decisions
01/19/2023
By Justin Katz