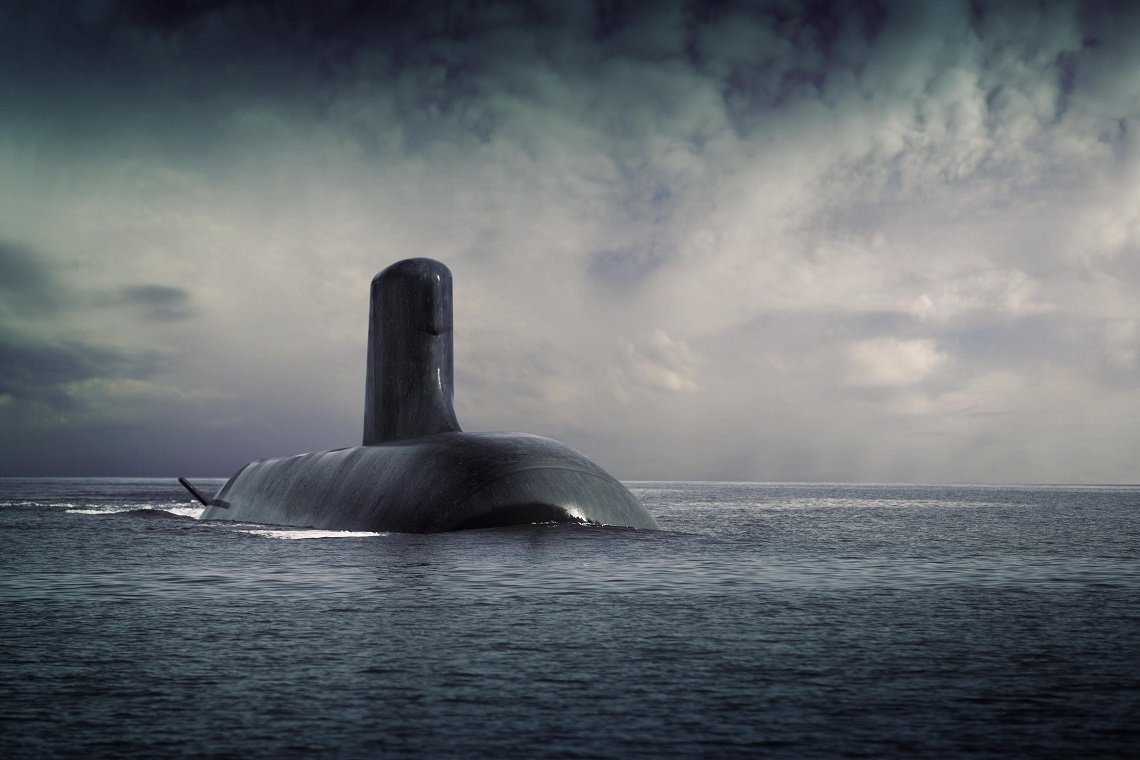 After an extensive competition, the Australian government downselected the French firm DCNS to build a new class of advanced-capability conventional (diesel/electric-powered) submarines.

The decision was announced on 26 April 2016, in a press release that stated: “The decision was driven by DCNS’ ability to best meet all of the Australian Government’s requirements.

Less obvious in the press coverage around the decision was the innovative nature of the program and the significant opportunity to leverage evolving technologies that will be utilized in shaping the largest conventional submarine to date.

In many ways, it is a “hybrid” submarine in the sense that it leverages the innovative technologies of the new nuclear-powered Barracuda SSN being put to sea next year by the French Navy.

It also leverages extensive experience that French shipbuilder DCNS has in working with other countries. A good example is the Scorpene-class of conventional attack submarines (SSK). To speed up delivery for the Chilean Navy, initially one boat was built in France by DCNS and a second in Spain by Navantia – these were delivered to Chile in January and December 2006.

The same scenario transpired for the contract for two Malaysian submarines. Orders for India and Brazil are being built at shipyards in those countries with technical assistance and equipment from DCNS and, in Brazil’s case, a joint venture between DCNS and Odebrecht.

The Australian contract takes advantage of the extensive working relationship between DCNS and the French Navy along with the extensive experience between the French, U.S. and UK navies.

Australia’s new conventional boats will, for the first time, include a U.S. combat system, which will be shaped to operate at range, speed and distance in the challenging waters of the Pacific.

The experience DCNS has in working in a variety of infrastructure situations in other countries, means there is a clear capability to leverage the already extensive industrial experience in Australia.

Transformation and upgrade of the Osborne Naval shipyard and maintenance facility at Adelaide is clearly a key part of building a 21st century weapon system.

“DCNS will build a new mega submarine construction facility in Adelaide which will rival any other in the world,” said a document used in the winning bid.

Australia has existing capabilities that can be tapped for the infrastructure upgrades as well as for building the new submarines. New capabilities will clearly be stood up as well, as the program takes shape and construction with life-cycle support is put in place.

For example, Thales (a 35% stakeholder of DCNS) has worked closely with France and the UK for many years on common sonar technologies.

In an interview I did in Australia in early 2014, the CEO of Thales Australia, Chris Jenkins, highlighted the sonar business as an example of the Thales approach in Australia. The business started with the transfer of French technology to Australia in the early 1980s.

The technology was used by the Australians to support their submarine program and, as the sonar systems were integrated into Aussie platforms, a team was created to support the technology, which basically meant an ability to upgrade the system and develop new intellectual property along the way to shape the modernization of that capability.

As indigenous capability was forged, the evolving technology was Australian and available for export – resulting in use by the UK Astute submarine program as well as oil and gas platform support systems.

In another example, DCNS recently signed an agreement with Quickstep.

The Australian company typically manufactures advanced composite technologies for the aerospace and automotive industries, but will now collaborate on elements that can be introduced in the production of naval vessel components and assemblies for the future submarines.

Quickstep is a key player in other high technology programs, such as the F-35. During the same visit to Australia, I interviewed its CEO, Philippe Odouard.

In discussing the company’s path towards this innovative approach, he noted that “the Australian government, in its approach to defense products, recognizes that it does might not have a large domestic infrastructure for defense production, and is looking for companies that can position themselves for a global engagement.”

He went on to explain that “the approach is to amortize cost by not simply building up a domestic industry, which needs to be fed by domestic acquisition, but rather one that can work effectively abroad and help the Australian government amortize the cost of its core acquisitions.

“The business model is very different here from what Brazil has done with SAAB. After the Gripen acquisition is over, it is over. You are not going to get exports and your growth abilities are limited. In the F–35 case, our investment allows us to participate in a global supply chain for a global aircraft,” he said.

DCNS will follow a similar approach whereby the Australian program will be able to leverage the global partners and experience for conventional submarines, and the upgrade programs shaped.

As the transformation of the force is shaped and with regard to submarines, the Australian MoD is very interested in shaping cross-cutting convergence among the services.

There is a clear interest that the submarine can leverage the extensive air modernization strategy being put in place by the Royal Australian Air Force (RAAF).

This means that DCNS and the winning American provider for the combat system can partner with the overall transformation of the Australian forces.

The track record and approach of DCNS is a crucial part of why they were selected by the Australian government.

To get a better sense of that track record and approach, I had a chance to discuss leveraging capabilities with Xavier Mesnet, Marketing Director for submarines and surface ships international sales at DCNS.

Mesnet served for 30 years in the French navy, mainly in the operational domain. He has been a commanding officer of nuclear attack submarines Perle and Amethyste, of the nuclear ballistic submarine Le Temeraire, and of the command center of the French nuclear submarine force in Brest.

Mesnet underscored the long-range commitment of the French government and Navy to building both a nuclear and conventional submarine force. This means not simply technology, but a large group of users with many years of operational experience who drive innovations over time.

It also means benefiting from the French upgrade approach and cycle. The 30-year operational cycle of any particular class of submarines is complemented by ongoing efforts to shape the next class of submarines. This is an evolving process whereby long-range submarines are built for the nuclear class, which has its impacts on the evolution of the conventional class.

The French navy has “vast experience in operations, in maintainability and sustainability for the force,” says Mesnet, who notes that “80% of the nuclear and conventional classes have convergent parts and underwater technologies. This means that the new SSN-class Barracuda which goes to sea trials next year is a driver for change for the conventional class as well.”

He discussed at some length their global experience in building conventional submarines.

What was most interesting in the discussion was how each client has different indigenous capabilities and infrastructure, and yet DCNS has been able to shape a customized solution for each of them.

The Scorpène submarine program mentioned earlier is the perfect example. Purchased by Chile, Malaysia, Brazil, and India, the existing workforce, infrastructure and upgrade requirements were different in each case.

Chile had a mature structure, and DCNS worked with them to insert the Scorpene into their extant infrastructure and then build out to support the new vessel. “After 10 years, the Chileans were very independent in terms of sustaining the submarine.”

With Malaysia, they had to standup a completely new capability on a relatively isolated facility on Borneo Island.  “They really started from scratch and we stood up the infrastructure with national companies. Nowadays, the Malaysia Navy caught up with the highest standards of the region.”

The contract for India required a standup of new infrastructure, skills and training. The first Indian submarine is now undergoing sea trials. “The first one has been about standing up new capabilities in India, but with the next five their involvement is growing in the build and maintenance processes.”

In Brazil, “we went one step further. We helped them design their new submarine base. We assisted them with the construction of the base; and in process, they have stood up their own design and maintenance capabilities.”

It is obvious that the global domain knowledge base being shaped and developed by DCNS is a key asset.

The combat system will be American. “The French Navy has worked extensively with the UK and US Navies, and it will be a major positive milestone and collaborative work to interface with a US combat system onboard a French submarine.”

In short, DCNS has brought a variety of historical experiences, and evolving technological capabilities seen in the new variants of both the nuclear and conventional submarines, which can be leveraged by Australia.

It makes a great deal of sense for Australia to have chosen DCNS and to shape a new conventional submarine capability which will blend new technologies into an advanced submarine able to operate throughout such a challenging ocean as the Pacific.

As my colleague Ed Timperlake has put it: “Naming the Pacific Ocean as Pacific is one of the great branding mistakes of all time.”

And adding new conventional submarine capabilities to the evolution of the US Navy in the Pacific will enhance coalition capabilities in a challenging strategic environment.

This article first appeared in Front Line Defence Issue 4 (2016) and is republished with their permission.

The featured photo is credited to DCNS.