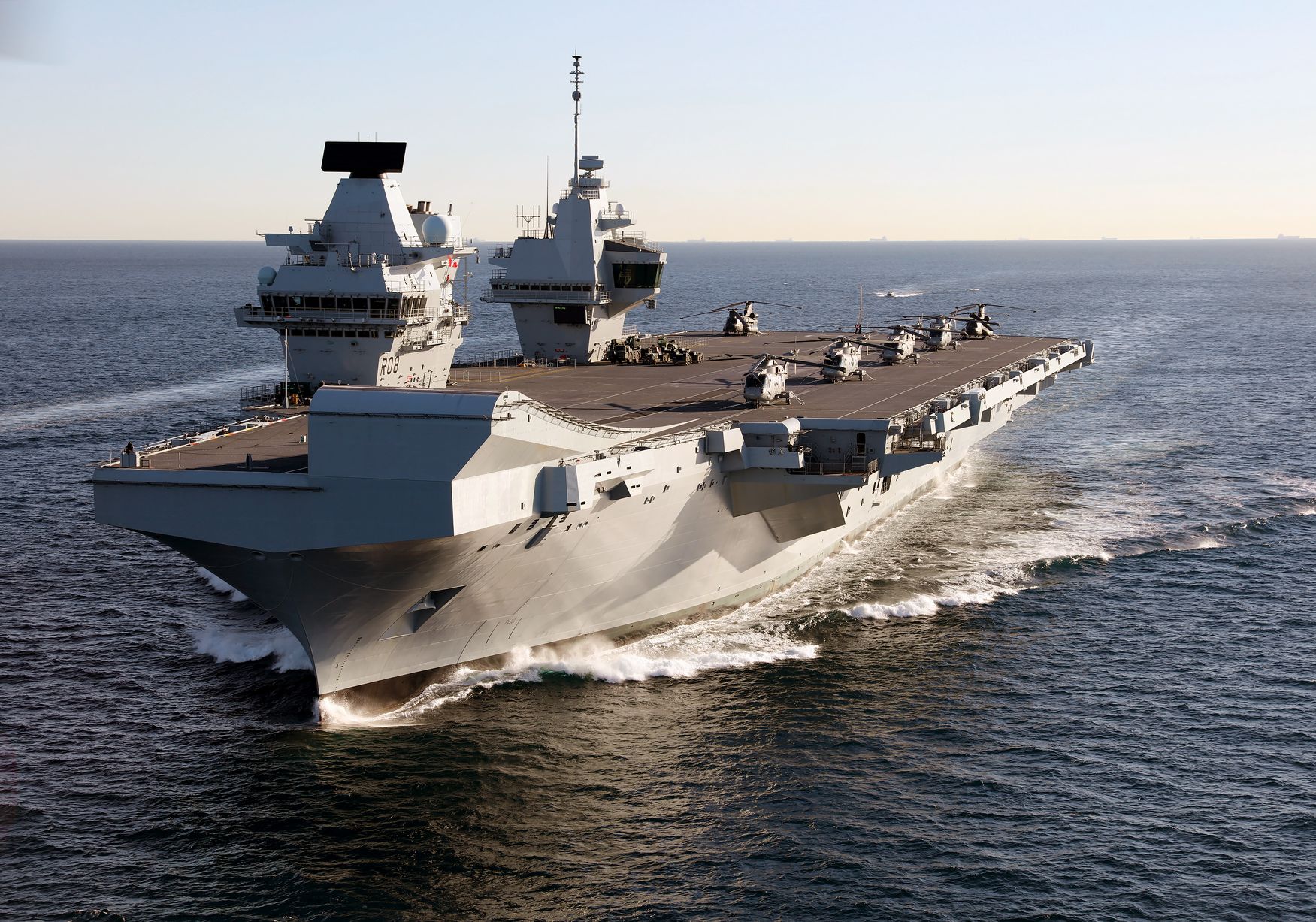 Those interviews will be published in the next few weeks.

But getting a chance to see HMS Queen Elizabeth again and to talk with the RAF and the Royal Navy about her as well provided an opportunity to think about the context in which the carrier is being launched and about its impact on that context.

I have just finished a new Special Report which focuses on the approach of the Nordics to the strategic shift and the need to operate in what a senior Norwegian official referred to as the “new normal,” namely, dealing with the impact of Russian capabilities and behavior on the defense of the North Atlantic.

This has had a major impact on the UK, which the Chief of the Royal Air Force highlighted during his presentation earlier this year in Canberra at the Williams Foundation seminar on the strategic shift:

Let me offer some examples of how this feels at the moment from a British perspective. Just over two weeks ago, a foreign country, Russia, used military-grade nerve agent in an attempt to murder people on the streets of the United Kingdom.

Not only an extraordinarily aggressive and reckless act, but the first offensive use of a nerve agent in Europe since 1945.

Russia’s also illegally annexed Crimea, the first time since the Second World War that one sovereign nation has forcibly annexed territory from another in Europe. This is in addition to the appalling destruction, which has been visited on the Syrian civilian population by the Russian military itself, and the criminal activities of the Russian state under Putin in cyberspace and elsewhere; they’re well known.

So the post-Second World War consensus that has provided the basis of the rules-based international order and, I might say, peace in Europe, is being challenged and undermined.

We must respond, collectively, to reassure our citizens that hostile acts by Russia against our countries, our interests, and our values, will not be tolerated. And closer to home here, we can see many of these same issues and concerns being played out in relation to, for example, North Korea.

The UK like several other liberal democracies are responding to the strategic shift by transforming their military capabilities.

But the UK has another strategic dynamic at play, namely, the negotiation of it new relationship with the European Union, known as Brexit.

The new UK carrier is coming into this strategic context, which is complex enough, without the considerations of operationally standing up the carrier.

And the new carrier is itself a trigger or magnet to a UK force transformation process.

In the recent update published this year by the UK government of its earlier 2015 defense review, the carrier was highlighted a centerpiece of joint force transformation.

“The Joint Force that we are building will need to be versatile and agile.  It will need to be effective in the full range of environments and across all five domains – land, sea, air, space and cyber.

“It will be international by design, routinely exercising and operating with allies and partners.

“It will be credible and capable of addressing state and non-state threats both alongside other nations and on our own.”

“Notably, the report then identified the major elements of defense modernization designed for Joint Force 2025 to meet these criteria and with little surprise the first one identified was as follows:

Most of the analysis of the new carrier really focuses on the platform and what is necessary to get that platform operational but that is far too narrow an approach.

From a force structure transformation piece, the focus on the carrier can be approached in several ways.

The first way is to look at the workups and training associated with getting the carrier ready for its 2021 maiden deployment.

This is a significant challenge and the focus of attention of the Royal Navy and its industrial partners and a major element of my discussions while at Portsmouth.

From this point of view, the integration of the aircraft to fly on the carrier is a major challenge as well, and includes three new aircraft, the F-35, Commando Merlin, and the Crow’s Nest.

The second way is to look at the impact of the new carrier on the Royal Navy as it shifts from a single ship deployment focus to reshaping the Navy as a maritime task force navy.

And given how different the new UK carrier is from the US large deck carriers, this maritime task force will draw upon US experience but shape a new approach as well.

The shift to a maritime task force requires other changes as well with new shapes and capabilities coming to the fleet, new aircraft, new missiles and ultimately directed energy as well to the force.

The third way to look at the carrier is how the coming of the F-35 to the RAF and Royal Navy will intersect with the global partners also flying the aircraft, and notably the partners within Europe.

With the UK flying the same aircraft as the Northern Europeans, including the Dutch, this shapes new opportunities and capabilities as well.

And the close working relationship with the US Navy and Marine Corps will be evident as the HMS Queen Elizabeth comes this summer for F-35 integration training off of the Virginia Coast and when the Marines operate off of the ship, including next year during further ship trials off of the British coast as well.

Put in another way, the concepts of operations being shaped 21stcentury combat forces are in transformation, a transformation which is built around distributed capabilities, distributed C2 and flexible or agile basing.

The fifth way to look at the coming of the carrier is to examine its intersection with and contribution to the transformation of airpower more generally.

The F-35 is a multi-domain flying combat system, rather than being a legacy multi-mission aircraft.

This provides an opportunity to both leverage and reshape multi-domain capabilities, as other aircraft are modernized or new assets added to the air combat force.

Clearly, the modernization of Typhoon is being done in close alignment with the coming of the F-35 and provides a significant plus up of the overall air combat force.

The coming of the P-8 to RAF Lossiemouth will provide as well a maritime domain awareness strike aircraft, which will provide a significant capability, which will be part of the operational envelope of the new maritime task force navy being forged around carrier.

In short, one can take a picture of the carrier.

But what one is not seeing is the tissue of relationships being reshaped by what you see in that picture.

It is a multi-domain warfare asset, which can only be understood as a driver for change within an overall UK defense transformation process and the new strategic setting.