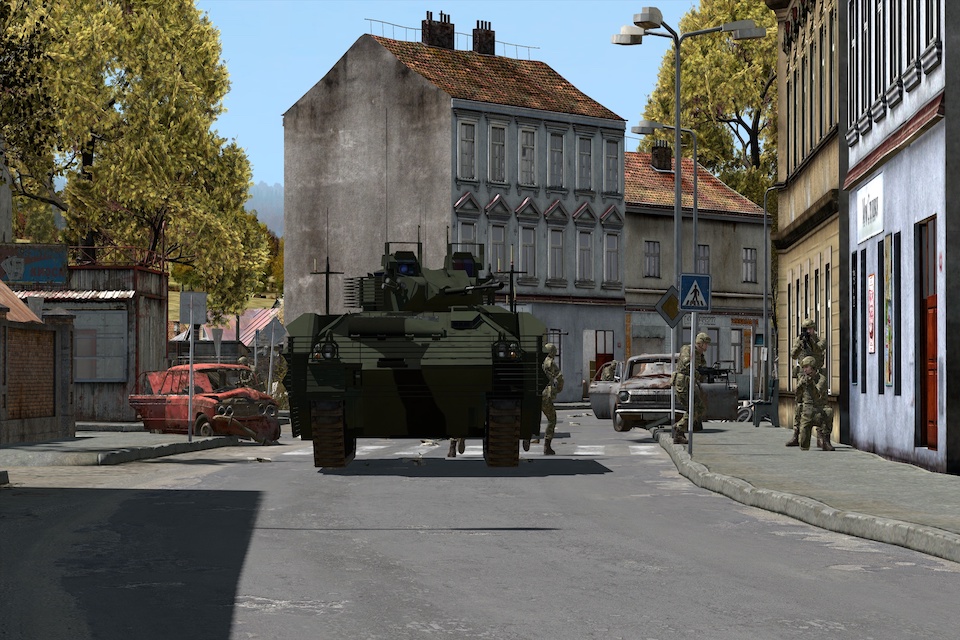 According to a story published on the UK Ministry of Defence website on February 4, 2019, the evolving capabilities of virtual reality in training was highlighted.

The Virtual Reality in Land Training (VRLT) pilot has been created by Bohemia Interactive Simulations (BiSim), a global developer of military simulation and training software.

The aim of this pilot is to enhance future Army training by exploiting the benefits of this technology.

The contract was awarded through the £800m Defence Innovation Fund which helps develop cutting-edge ideas to benefit front-line services.

The VRLT pilot is one of many successful Army bids into the Fund, part of the Defence Innovation Initiative.

The pilot will test specific VR applications including:

Our Armed Forces have always embraced innovation and continue to push the boundaries of technological advancement. We are committed to harnessing new and emerging capabilities like virtual reality through our £800m Defence Innovation Fund.

The Army has a reputation for world class training which prepares our people for demanding and complex operations. Our training continually develops and so we constantly look for the best technology to make it as effective as possible.

Innovations such as Virtual Reality offer immersive and flexible training, and this pilot is pushing the boundaries to explore how we might make best use of it.

VRLT will allow soldiers to train in a wide-range of complex and hostile simulated scenarios that are not easy to recreate on a training ground.

The system will be able to place troops in the middle of an urban firefight, intense crowd control situation or within a building filled with enemy soldiers.

Virtual reality allows training situations to be quickly set-up, re-run and analysed to demonstrate the most effective approaches to real-life challenges on the battlefield.

The pilot will explore the potential benefits and effectiveness of virtual reality for the British Army.

At the end of the programme, recommendations will be put forward on how to best exploit this new technology for soldier training.

The Royal Navy also benefit from Bridge Simulators which create an immersive experience that allows officers to take charge of a vessel in a range of weather and emergency conditions.

The featured photo shows a screenshot of the simulated environment in the VR training. BiSim copyright.