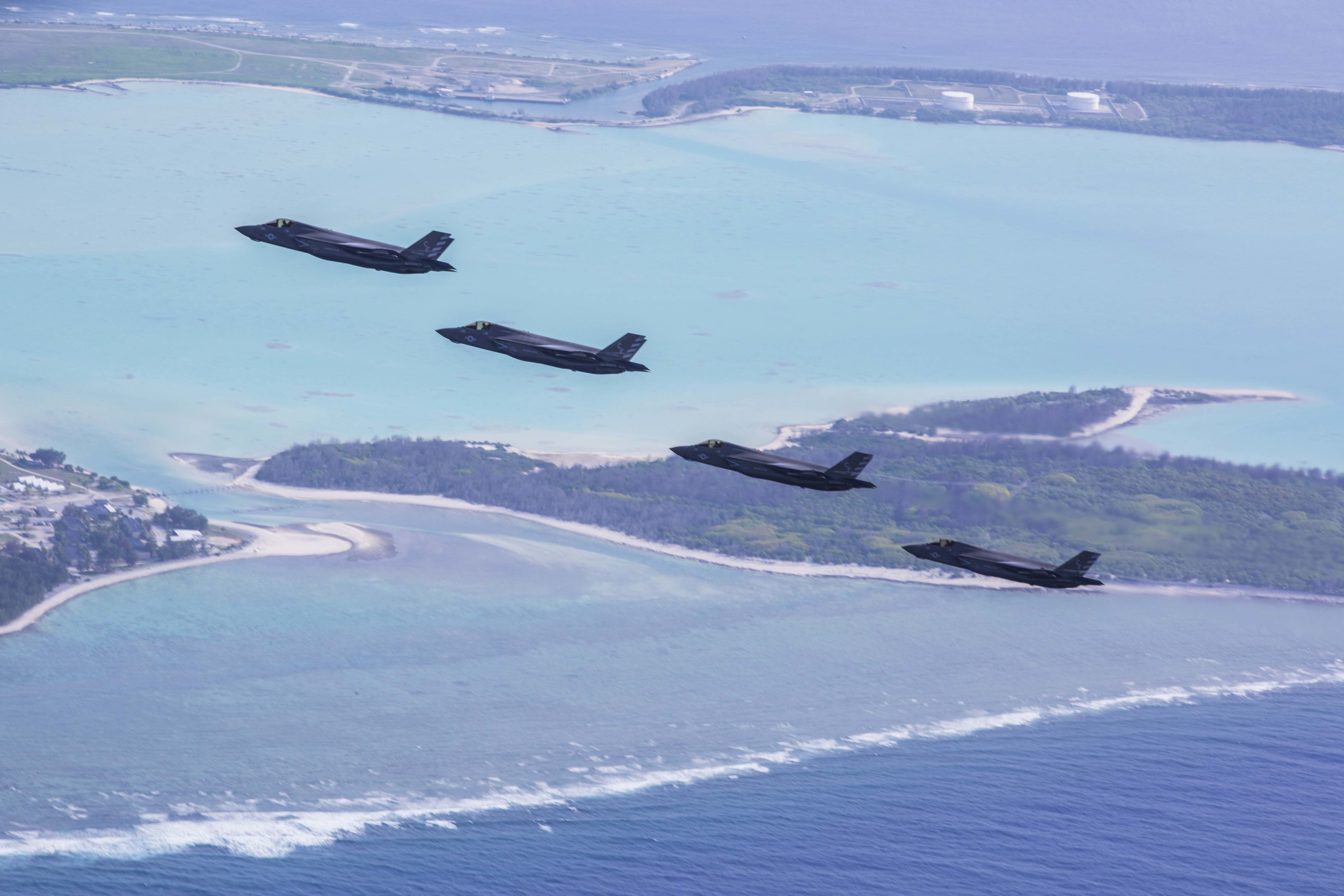 I have attended the Williams Foundation seminars in Canberra, Australia since 2014.

In this sense, their closest allies in the US services has been the USMC, which is transitioning from three legacy platforms to the F-35.

Not surprisingly then the engagement of the Marines in exercises in the Northern Territories has been joined with engagement with regard to the F-35 and its coming to the force.

The Marines have come to the Pacific both in terms of deployment to Japan as well as onboard amphibious ships.

Now the Aussies are standing up their initial F-35 capabilities at Williamtown Airbase to be followed by Tyndall AFB.

In this story first published on March 12, 2014, I described the role of the Warlords far from Eglin and not yet flying their new aircraft in the Pacific on the the Australian discussion about transformation.

I attended a seminar held by The Williams Foundation yesterday in Canberra, Australia.

The focus of the seminar was on Air Combat Operations: 2025 and Beyond.

The core emphasis was on the impact of the F-35 on reshaping the Australian combat approach appropriate to the challenges, which Australia faced in the region and beyond.

The emphasis was on how to leverage fifth generation technology to generate ongoing air combat development in the decades ahead.

AVM John Blackburn AO (Retd) laid on the intention of the conference in the slide seen below:

In other words, the effort put in front of a large audience of attendees, many of them from the Royal Australian Air Force (RAAF), was how to get on with it.

The RAAF started its current transformation with the coming of the C-17 which gave them a lift range, speed and capability injection.

Then the introduction of the KC-30A which will be fully operational next year which introduced sustainability, reach and range, The most relevant transformational capability to the coming of the F-35 is the Wedgetail.

The Wedgetail is an air battle management aircraft, which is software upgradeable.

This new aircraft will be able to manage the battlespace with 360 degree extended reach.

The Australian F-35 will enter into an environment of change and the question is how to accelerate the kind of change necessary to deal with the threats and challenges in the neighborhood and beyond in the years ahead.

This was the central question addressed by the seminar.

I will be providing further inputs about presentations at the seminar in the weeks ahead, but would like to highlight a unique contribution of the seminar to furthering an informed discussion of the impact of the fifth generation aircraft on the evolution of airpower.

These three operators addressed the question of what the fifth generation experience was all about and how that experience would affect the evolution of the force in the decade ahead.

The USMC is starting its rotational engagement in Australia at the end of the month and it is clear that there is a potential opportunity inherent in the RAAF and the Aussie evolution of combat approaches with that of the modernization of the USMC approach both in the Pacific and in the MAGTF itself.

In other words, the opportunity is not just for training but shaping relevant capabilities for 21st century operations.

Both Harps and Chip had something in common: the former COS of the USAF “Buzz” Mosely and Secretary Mike Wynne created the billets for the two non-USAF pilots to fly and work with the F-22.

The benefits of that decision were evident in the seminar as these two experienced pilots could relay to the rest of us what the impact is and can be.  In Chip’s case, he is the only currently operational F-22 and F-35 pilot in the world.

Mike Orr’s task was different: it was to look at how the USMC is building out the combat capabilities of the MAGTF with the F-35 and how the USMC is preparing for the F-35.

To give a sense of the sense of enthusiasm conveyed to the audience by the three speakers, I have included some video inserts from their presentations.

The videos below are of Lt. Col. Berke and Col. Orr.

These inserts are not the highest quality video but will convey the sense of what these three speakers conveyed to the audience.

After the seminar, I sat down briefly with Chip and Mike to discuss what they thought about their experience of the day.

It was an unusual experience, in that they were being asked by their hosts to think through the future based on their experience in dealing with the new combat systems, something, frankly, I have never experienced in an Inside the Beltway setting.

I was impressed that the RAAF is engaging in a process of examining the impact of the aircraft well before we are turning wrenches and flying the aircraft. As an air force they are thinking about the strategic impact of the F-35 on their operations, and how they are going to use it as a joint and coalition enabler.  There is a clear recognition of what they are getting into.  They are not buying it as a one for one enabler but as a tool to do things they simply cannot do today.

What I enjoyed the most about the interaction was the enthusiasm and embracing the future.  This was in distinct from my experience at home where skepticism and resistance to change is so constant.  The RAAF clearly is embracing the future and are enthusiastic about the coming of the F-35 as a key enabler of the future.There is no question of should we: it is how do we.There is a full embracement of the necessity for the aircraft and how to get on with its transformational role and impact.

Editor’s Note: Berke’s and Orr’s Presentations Can Be Viewed Below:

The Essex ARG/MEU team is a strong, flexible, responsive and consistent force deployed to the 7th fleet area of operations to support regional stability, reassure partners and allies and maintain a presence ready to respond to any crisis from humanitarian assistance to contingency operations.

The Essex ARG and 13th MEU is the first continental United States Navy/Marine Corps team to deploy with the F-35B Lightning.