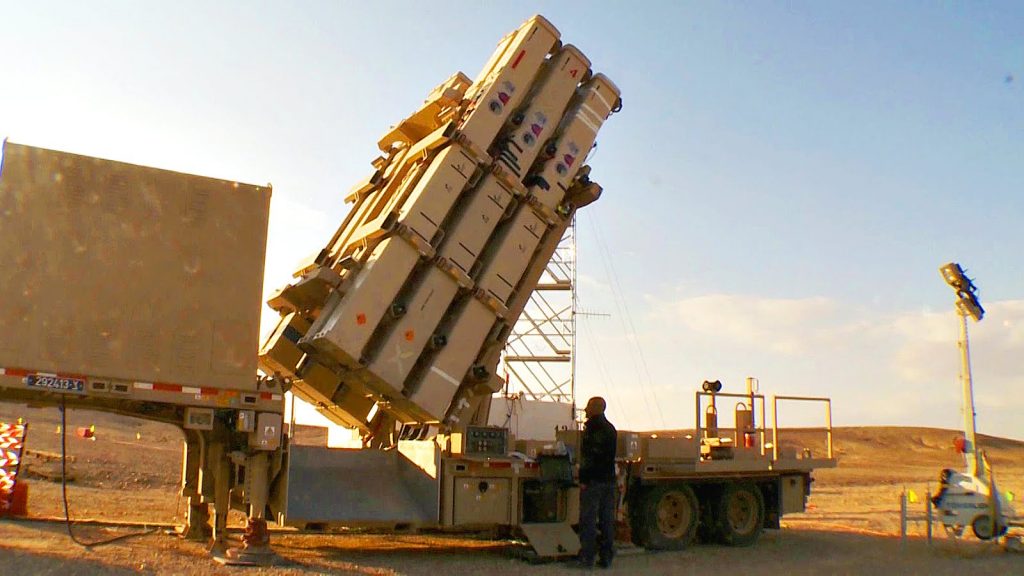 Israel is a nation under constant threat, and has developed very advanced defensive capabilities including an air and missile defence (IAMD) system and that could be of relevance to Australia.

At the lowest level is Iron Dome, a mobile Counter Rocket and Mortar (C-RAM) system, the development of which was headed by Rafael Advanced Defense Systems in cooperation with Israel Aerospace Industries (IAI), and declared operational in 2011.

Iron Dome was designed to detect, track and intercept short-range artillery rockets, mortars and also UAVs launched by insurgents in Gaza, and by Hizbollah in Lebanon at Israeli communities. Israel claims a combat success rate of 90 per cent or better in shooting down more than 2,000 rockets judged as posing an actual threat.

As long as Israel has existed, rockets and mortars have been fired from neighbouring nations. But in the 1991 Gulf War, Scud missiles were fired at Israeli cities from Iraq. The US deployed Patriot missile batteries to Israel to protect Israeli citizens but also to help prevent Israel being provoked into attacking Iraq, which would surely have split the delicate US-led coalition.

Since then Israel has worked closely with the US to develop multi-layered air and missile defences able to protect against everything from the persistent rocket and mortar attacks to long-range rockets, which could carry nuclear, chemical or biological warheads. 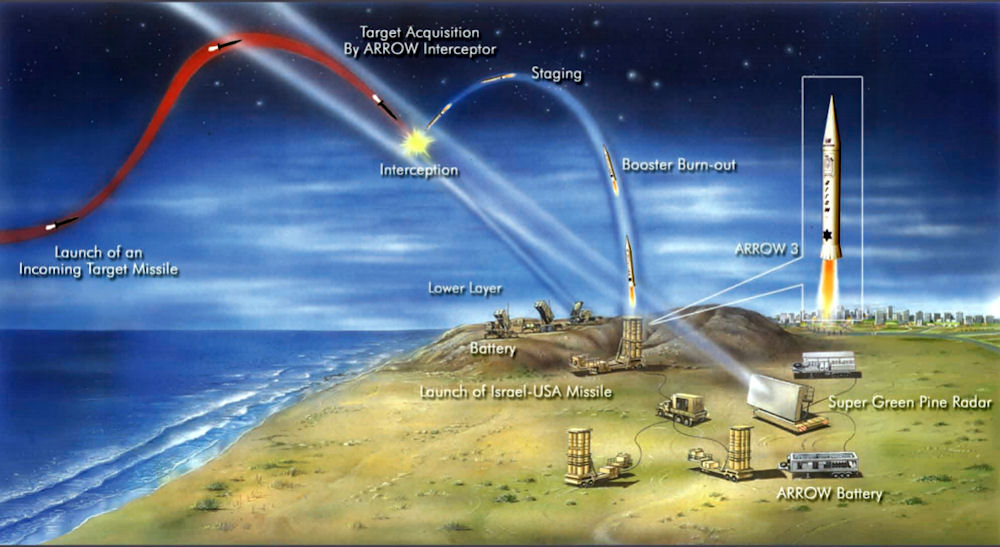 Israel may be unique in the magnitude of the threats it faces, but missile technology is proliferating and may one day pose a more immediate threat to the Australian mainland. Additionally, any deployed force will face a likely greater threat of rocket and mortar attack, as did the Australian taskforce in Afghanistan, a threat for which it was initially not well prepared.

As much as Australia might like complete sensor coverage of borders and surrounding oceans, that’s probably not possible nor desirable. The areas of greatest interest lie to the north and west, which is where JORN gazes now.

Certainly Israeli companies are interested, and ADBR talked to representatives of Rafael and IAI at February’s Avalon Airshow. “It is purely an American project at the moment,” said Yacov Bortman, director of marketing for IAI’s Elta Systems. “In the study phase RAND, the research company approached only the four American companies, Boeing, Northrop Grumman, Lockheed Martin and Raytheon.

“So that’s it, those are the primes,” Bortman said. “So anything we can contribute to this project, should be selected by the primes from us. Everybody talks to everybody. It’s not specifically one or the other.”

He noted that Australian radars made by CEA would be part of the project, but that IAI could contribute to AIR 6500 in many areas. It produces a range of radars in different bands with different capabilities, and it also has considerable expertise in ballistic missile defence (BMD).

“The lowest layer is the Iron Dome. Then you have the David’s Sling in the second layer, and then we have the Arrow project up to Arrow 3 which covers the outer space capability. Elta, which represents about quarter of the business of IAI, is the supplier of sensors in all the layers.”

However, in event of a major conflict an adversary will seek to knock out radar systems. There are numerous weapons designed to home on radar emissions and even loiter over a battlefield waiting for a radar to switch on.

“It is a new concept which is taking more and more grip in the air defence world,” he said. “We hear more and more about it and we provide solutions in this area. It is electronic intelligence. It means passively intercepting signals of the emitters, usually airborne radars of the other side, being able to passively geo-locate them because we only receive, we do not transmit, and classify the different types of radars.

Mr Alon said Australia now had to figure out how to proceed ion this project. “I would imagine that eventually they will take some kind of a phased approach,” he said. “We believe we can contribute. We believe we have the technical and operational knowledge to contribute in such a project. Obviously, there are some other considerations for the Australian government, but we are here to try and help.”

A node of the new integrated air and missile defence system will be the new Raytheon/KONGSBERG Enhanced NASAMS short-range ground-based air defence (SRGBAD) system being acquired under project LAND 19 Phase 7B.

NASAMS features Raytheon’s AMRAAM, a missile which is also in RAAF service and is regarded as highly effective, but expensive.

Just how expensive isn’t easy to say but the most recent Australian FMS acquisition of AMRAAM announced last month was for 108 of the latest AIM-120C-7 variants for US$240.5 million. That deal also included a range of spares and instrumentation but suggests a missile unit price well in excess of A$1 million.

Rafael says it could complement AMRAAM with its very effective Iron Dome Tamir interceptors which cost around a tenth of the cost of an AMRAAM round.

Joseph Horowitz, deputy general manager for Rafael air and missile defence systems division said the LAND 19 request for proposal sought a counter rocket and mortar (C-RAM) capability, which NASAMS didn’t include, although the KONGSBERG air defence console does have a C-RAM interface.

“What we are doing is offering to do what we are doing in the US, that is to integrate our interceptors to the customer’s own system which, in the Australian case would be as a part of the NASAMS systems,” Horowitz said.

“With the NASAMS battery you have a CEA radar, KONGSBERG command and control and four AMRAAM launchers with 24 missiles. What we are offering is to add another two launchers from Iron dome with an additional 20 missiles ready to fire.”

Mr Horowitz said NASAMS could calculate the best solution for a particular threat. Tamir was very effective for dealing with shorter-range airborne threats, including aircraft and helicopters out to 15km. That would also give NASAMS a CRAM capability, plus an ability to target unmanned systems.

That reduced cost is achieved through a number of innovations. The missile body is aluminium rather than a composite. Control surface actuators are electro-mechanical rather than pneumatic, and feature a unique low-cost RF Software-defined radio (SDR) seeker.

Since most of the cost of a missile is in its seeker, Tamir has passive guidance with inflight updates and an active seeker which only switches on for terminal guidance to the target.

Picking Tamir would involve integrating this missile into the NASAMS, but Rafael says that’s no problem as it’s what they are already doing in conjunction with Raytheon for NASAMS for the US military. The US Army recently announced it is buying two Iron Dome systems to provide an advanced CRAM capability as well as an ability to counter UAS, cruise missiles and aircraft to protect deployed forces.

Rafael said when integrated into NASAMS, Tamir used the NASAMS launcher and radar without modifications. Minor modification are needed in the missiles, and two additional undefined components are required for the NASAMS Fire Direction Control.

Should Australia decide to go with Tamir as a component of NASAMS, the missiles and other components would be built in Australia through Varley Rafael Australia (VRA), the joint venture with Newcastle-based firm Varley. “The most important thing is to bring in the technology that allows VRA to support the Australian Defence Force,” Mr Horowitz said.

This article was published by the Australian Defence Business Review on June 6, 2019.