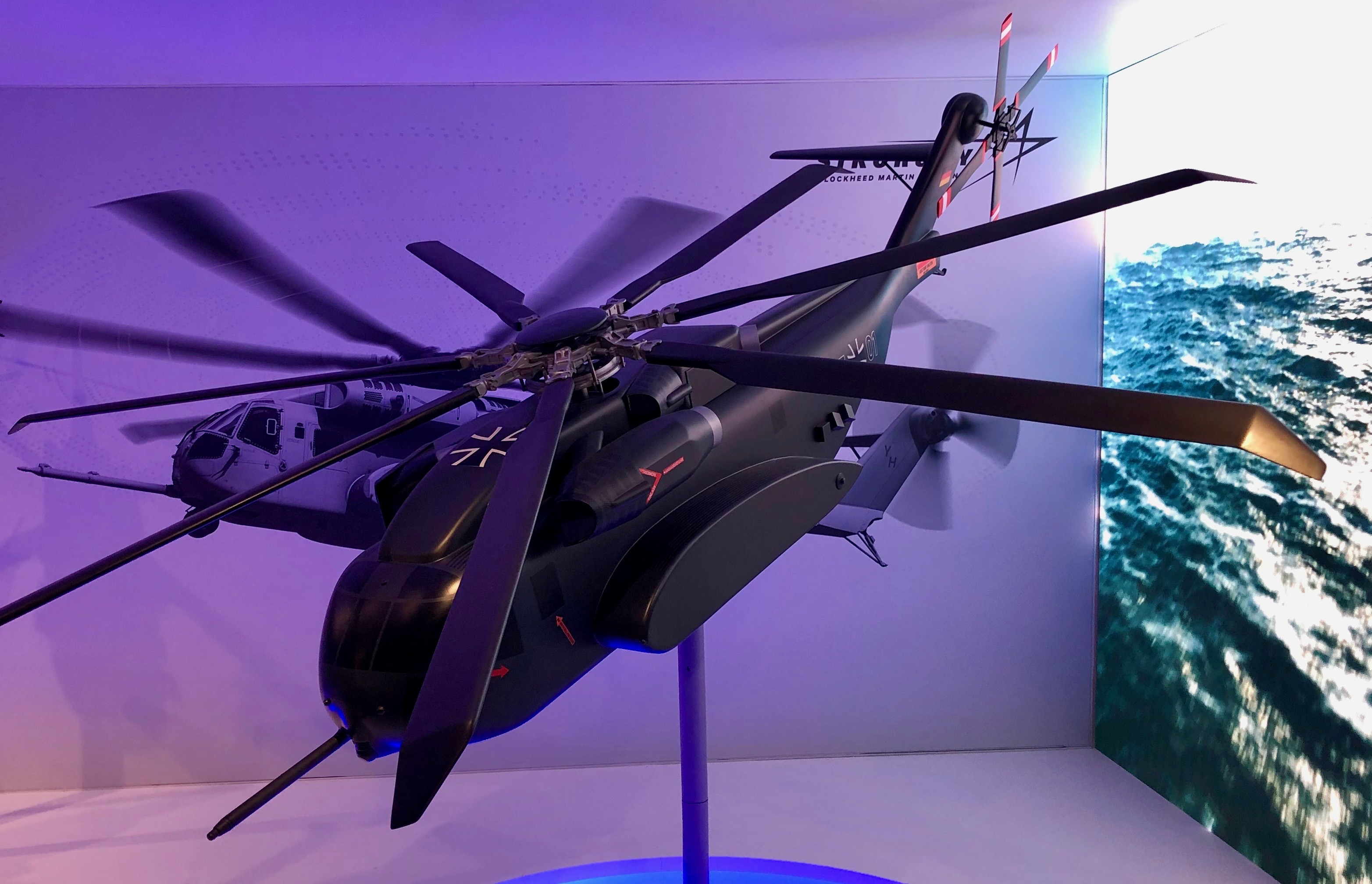 The German Ministry of Defence is preparing to replace their legacy heavy lift helo force with a next generation capability. Sikorsky is offering the CH-53K which is clearly a next gen capability on multiple levels.

The CH-53K redesigns support to the force in terms of speed, range, lift capabilities and digital interoperability with an advanced insertion force or working with the European-generation Future Combat Air Systems project.

But at the heart of the change introduced by the CH-53K is the built in HUMS or health and usage monitoring system which enables a next gen maintenance and sustainment approach. This is already being worked by the Marines at Marine Corps Air Station New River with the logs demo team.

From my visit earlier this year to New River, I learned about the approach being worked at New River with regard to the K as a fleet.

During my visit, I had a chance to talk with Jim Lambert, the head field representative for Sikorsky working on the Log Demo.  He is a very experienced CH-53 Marine who has worked with Sikorsky for a number of years in support of CH-53s operating worldwide.

He has brought that operational fleet experience to his work on the K and has been with the aircraft from before its birth and is being deployed to work with the K through its migration from factory to the logs demo to the first operational squadron.

Obviously, that kind of domain knowledge is crucial to getting the most effective combat aircraft to the force.

A key aspect of what we discussed was the opportunity to build out fleet knowledge from which aircraft availability would be enhanced over the experience of flying earlier generation CH-53s.

According to Lambert: “We’re actually collecting fleet-wide diagnostic data which has not been done before on this scale.

“Every aircraft is contributing to a metric showing usage and trending all these data points.

“Once the data is collected it is analyzed to identify any negative trends and adjust as needed to optimize the fleet and increase aircraft availability.

“This allows the fleet to identify possible part issues or new failure modes at the earliest possible point.

“This allows the operator to validate its logistics foot print real time and to be predictive with fleet needs to put parts in the system ahead of need.

“This is all done in the background of the user ensuring the maintainer has what they need when they need it.

“This sets up for a proactive based approach to fleet support as opposed to the current reactive approach.”

This is surely next gen and the partner which Sikorsky has selected is well positioned to provide a next gen approach for the Bundeswehr.

The MoD is looking to more flexible, agile and effective maintenance approaches to deliver aircraft at a higher availability rate.

At the 2019 Paris Air Show, I had a chance to talk with Mike Schmidt, head of Aviation Services, Integrated Electronic Systems of Rheinmetall.

He started by noting that already in 2009, the two companies had partnered to offer a version of the Cyclone to the German Navy, and that partnership experience then is the building block for what they are working on now for the CH-53K offering.

He highlighted that Rheinmetall was supporting the project on three levels.

The first level is with regard to simulation and training for pilots and maintainers in Germany. Rheinmetall has a deep history and experience in this area and has supported the German Army for many years in this area.

More than a decade ago I flew a Tiger simulator at a Rheinmetall facility, and certainly the simulator worked but I proved not an adept Tiger pilot for sure. My ability to crash the Tiger was probably unprecedented in the program’s history.

The second level is to provide the digital documentation necessary to operate and support a digital aircraft. Here Rheinmetall Technical Publications has a long history of providing for support to the Bundeswehr with regard to technical documentation.

The third level is MRO or maintenance and sustainment.  The company has many years of experience in support to the German Army and has provided innovative performance-based logistics solutions for the Army, notably in the area of military trucks.

In short, what is on offer for the German forces is a 21stcentury next generation air lifter and a company willing to work hand in hand with MoD to establish a 21stcentury sustainment infrastructure.