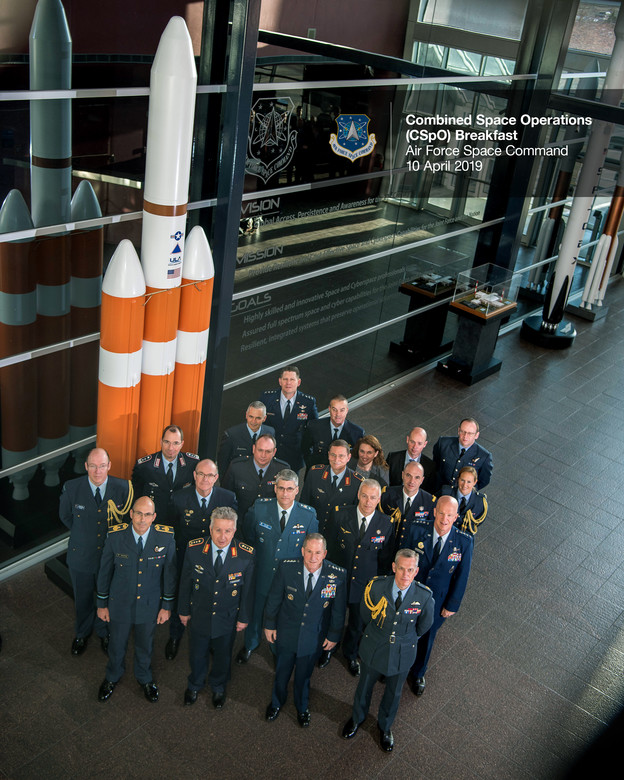 The formation of the US Space Force has raised inevitable questions about its purpose and role and about how it will fit in with broader US space policy and activities in the civil and commercial space sectors. It’s an issue that Australia’s defence policy community, and our growing commercial space sector, need to keep on top of.

The space force sits within the US Department of the Air Force in the same way as the US Marine Corps sits within the Department of the Navy. Its role is to provide ‘freedom of operation for the United States in, from and to space; and prompt and sustained space operations’ and its duties are to ‘protect the interests of the United States in space; deter aggression in, from, and to space; and conduct space operations.

That’s a broad remit with lots of loose language. And, as Douglas Adams notes in The hitchhikers guide to the galaxy, ‘Space is big. Really big’, so there’s ample room to grow the branch’s mission and develop new capability in coming years. John Klein argues that it will take time for the space force to develop its a unique service culture with which to shape innovation in operational thinking. That’s essential for the force’s capability requirements and force structure.

Its short-term focus will be in the near-earth region between low-earth orbit, starting at around 160 kilometres, and geosynchronous orbit, extending out to 36,500 kilometres.

To use a maritime analogy, we can think of this region as the ‘brown water’ battlespace. It’s the region most directly relevant to terrestrial military operations, because it’s where the space capabilities of the US and its allies, as well as those of China and Russia, are located. If a major-power war eventuates, the first shots are likely to be fired in this region to gain space superiority.

Human activity is set to extend well beyond this region out to cislunar space, encompassing the region between earth and the moon , the lunar surface and the region around the moon. Some analysts contend that the space force needs to focus on this ‘blue water’ region. That argument builds on a policy paper released by US Air Force Space Command in 2019, which looked out to 2060 and considered an American military presence on the lunar surface and in cislunar space.

These competing visions of future space activity have fostered an interesting debate in Washington space policy circles. One school emphasises a focused ‘warfighting domain’ approach in the brown water to respond to the immediate challenge posed by Chinese and Russian anti-satellite weapons. The other camp espouses a more expansive blue-water vision that focuses on preventing Chinese dominance of a 21st-century space economy centered on the moon and its environs.

The brown-water approach give prominence to space resilience and deterrence. That means the US and its allies need space domain awareness through ground-based and space-based surveillance networks, but also an ability to respond to threats in space and ensure responsive space access.

Australia is well positioned to play a critical part in such operations. It already has a vital role in ground-based space surveillance with its Five Eyes intelligence-sharing partners (the US, Britain, Canada and New Zealand) and with Germany and France through the 2014 Combined Space Operations Initiative. Our commercial space sector is vibrant and growing and is poised to offer a sovereign space launch capability from the Northern Territory and South Australia. Numerous local space startups are developing small satellites and cubesats.

The blue-water vision for the US Space Force is much grander. It’s built on the prospect that both the US and China will have a sustained presence on and around the moon in coming decades, and that they’ll compete for resources and access to strategically important locations in space.

US President Donald Trump’s executive order on the recovery and use of space resources will strengthen the case of the blue-water advocates, as will NASA’s recently declared ‘Artemis Accords’ on regulatory arrangements for using space resources on and around the moon. The executive order, released in April, says, ‘[I]t shall be the policy of the United States to encourage international support for the public and private recovery and use of resources in outer space, consistent with applicable law.’

The order doesn’t see space as a global commons, which implies that the US is committed to supporting utilisation of space resources. The Artemis Accords make clear that any such use will be consistent with the key articles in the 1967 Outer Space Treaty. That sets up an interesting legal conundrum: how does one extract and control space resources without claiming ownership of the territory upon which they’re found? That conundrum builds on a policy direction originally initiated by the Obama administration’s 2015 Space Resources Act.

China’s plans for the moon remain unclear, but strong hints have emerged that it will seek to send it own astronauts, or taikonauts, to the lunar surface in the 2030s, if not before. Namrata Goswami and Peter Garretson both suggest a future of intensifying US–China competition on and around the moon. The blue-water vision for the US Space Force would align neatly with the Trump administration’s decision on space resource utilisation and ensure the US can counter any Chinese move to dominate the high ground of lunar orbit.

A US commercial space start-up, Rhea Space Activity, recently won a Defense Department contract to provide lunar intelligence gathering, or ‘lunint’, which would involve detecting and tracking a foreign state’s space activities in lunar orbit and on the moon’s surface. Interestingly, Rhea is supported by Saber Astronautics, which has offices in the US and Australia. The same types of capabilities that could allow Australia to contribute to burden-sharing in orbit with the US in the brown-water environment can also play a role in cislunar space.

But Australia’s commercial space sector offers much more potential to support the US military in space, whether in the brown water or far out in the deep blue.

“As defense leaders in our respective nations we unequivocally recognize the strategic importance the space domain has on our economy, technology, national security and defense. To that end, we collectively share the view that military cooperation concerning the space domain is vital to our countries’ interests.

Our respective Nations are actively working together to address threats and shared interests in space; and to preserve access to the space domain for the future of humankind. We are actively coordinating to further our national interests through the Combined Space Operations (CSpO) initiative. In part, CSpO collaboration includes enhanced Space Situational Awareness and data sharing among all partner nations to support space activities.

We recognize tangible advances in space cooperation and capabilities have been achieved through the CSpO initiative; and we are dedicated to identifying future capabilities to support our countries’ common interests in and through space.”