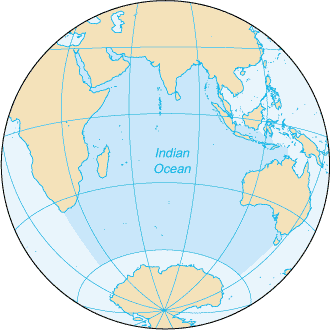 The Indian Ocean is an increasingly contested strategic environment. A growing Chinese naval presence raises the prospect that Beijing may seek to challenge US naval dominance, potentially sparking a competitive naval arms race in the region. This would be of huge concern to Australia, forcing us to divert limited defence resources from other priority areas in the Indo-Pacific. Australia and its partners need to consider how to best leverage their strategic advantages to deter or limit China’s naval ambitions in the Indian Ocean.

One of the biggest advantages of Australia and its Indian Ocean partners, and one of China’s biggest vulnerabilities, is in maritime domain awareness. The ability of even large vessels to effectively disappear in the vastness of the Indian Ocean puts maritime domain awareness at a premium. If you can find a naval adversary and they can’t find your ships, the odds are definitely in your favour.

The Chinese navy already has significant disadvantages in the Indian Ocean, operating with limited logistical support far from home ports that are accessible only by transiting the narrow straits through Southeast Asia, where they can be easily located and tracked. China also lacks a comprehensive maritime picture of even significant parts of the Indian Ocean (although it is working to plug that gap, including through the use of satellites and other new technologies).

Individually, Australia and partners such as the United States, India and France already have significant capabilities, including maritime patrol aircraft and uncrewed aerial vehicles, and facilities that, if combined in a collaborative network, would allow comprehensive maritime surveillance of much of the Indian Ocean. The level of maritime domain awareness that could be achieved through such a network would make any Chinese naval presence highly vulnerable in a conflict.

Such a collaborative network would require information sharing, as well as collaboration in use of facilities to support maritime air surveillance. Crucially, adequate surveillance coverage of the Indian Ocean by maritime patrol aircraft would depend on access to air staging points and facilities across the region.

The US and its allies already have arrangements to provide access and logistical support in each other’s facilities, including the US bases at Diego Garcia and in the Persian Gulf. But India, with its growing fleet of Boeing P-8I maritime patrol aircraft and staging points around the region, is an essential partner in building a comprehensive regional network.

Over the past several years, India has reached mutual logistics support agreements with the US and France. The signing of an Australia–India Mutual Logistics Support Arrangement in 2020 represented a big step in building a web of agreements, opening the possibility of mutual use of facilities throughout the region. But the Australia–India piece is yet to be put into practice.

India undertakes surveillance of much of the northern Indian Ocean with P-8Is based at INS Rajali, near Chennai, and INS Hansa in Goa, as well as airfields in the Andaman and Nicobar Islands. Indian P-8s are increasingly also using facilities of regional partners such as Seychelles, Mauritius and French Reunion in the western Indian Ocean. It is anticipated that Indian P-8s will soon also be able to operate from the new Indian-built airfield on Mauritius’s Agalega island near the northern end of the Mozambique Channel.

Australia has its own strengths in the eastern Indian Ocean. Since at least the 1980s, the Royal Australian Air Force has undertaken aerial surveillance of the country’s northwest approaches and the Malacca Strait/Bay of Bengal as part of Operation Gateway.

The RAAF’s use of P-8A maritime patrol aircraft now provides an opportunity for collaboration with India in sharing of facilities and logistics across the region. Both countries are becoming more confident working together following Exercise AUSINDEX 2019, which saw RAAF and Indian Navy P-8s cooperating in anti-submarine warfare exercises in the Bay of Bengal, as well as the Quad exercises off Guam earlier this year.

Australia has several facilities in the eastern Indian Ocean that could substantially extend the range of India’s operations. There is an existing offer by Australia for Indian P-8s to use Australian facilities at Darwin and potentially also the Learmonth and Curtin air bases in Western Australia. There has been discussion of potential Indian use of the airfield on Australia’s Cocos Island, and an agreement was reached in February for India to place a temporary satellite tracking station there. But until the runway on Cocos is strengthened and widened (currently scheduled for 2023), it won’t be suitable for P-8 operations.

If Indian Navy operations from Australian facilities were normalised, there might also be opportunities for the RAAF to extend the area of cooperation throughout the Bay of Bengal and further afield into the western Indian Ocean. In particular, the ability for the RAAF to stage out of Indian bases in Tamil Nadu and/or Goa would help extend Australia’s reach in the central and western Indian Ocean. US Navy P-8s have already conducted operations from these Indian bases, providing opportunities for combined cooperation among the three countries.

Port Blair in India’s Andaman Islands is another potential staging point. Foreign militaries in the past were rarely given approval to use those facilities, but in October 2020 a US Navy P-8 aircraft was permitted to refuel in Port Blair for the first time. While the facility could deliver additional operational flexibility for Australian P-8s, given Australia’s access to Butterworth in Malaysia, the use of facilities on the Indian mainland would be more advantageous.

All these facilities could be considered as part of a new network of air staging points and facilities around the Indian Ocean potentially available to Australia, India, the US and other partners. This would support a collaborative maritime surveillance system that, potentially, could help deter a damaging naval arms race in the region.