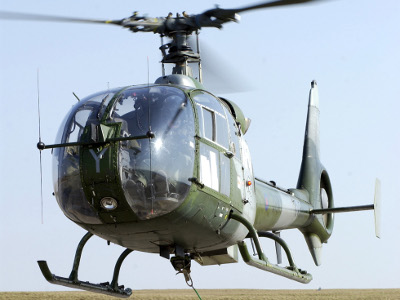 Togo’s Air Force has taken delivery of two modernised Gazelle helicopters but is reportedly considering cancelling the contract and not taking delivery of another two on contract.

Togo ordered four modernised SA341L1 Gazelle helicopters from France’s SECAMIC in 2016, but the contract was only implemented in 2018 due to delays in securing the export license from the French government – the sale was reconsidered when French President Emmanuel Macron came to power.

French magazine Jeune Afrique reported in 2017 that the 20 million euro deal had been approved by France’s Inter-Ministerial Commission on Arms Exports, but was being blocked by the French Ministry of Foreign Affairs due to concerns that the helicopters could be used against political opponents or civilian demonstrators.

Nevertheless, two Gazelles have been delivered, according to African Aerospace magazine. The contract with SECAMIC provides for the provision of the helicopters to be armed with 20 mm cannons and Wescam electro-optical/infrared sensors with laser designators, and three years of support. They are also receiving upgraded cockpits with a Garmin GPS.

According to African Aerospace, the first two SA342s were delivered with second-hand Nexter M621 canons. Delivery of the remaining aircraft is expected by June, with the sensors to be integrated in Togo.

However, the magazine reports that Togo is concerned about further delays and difficulty integrating the sensors. “The future of the contract, of which Lomé has already paid 80%, is now uncertain, with the Togolese authorities reportedly considering cancelling it and requesting full reimbursement”.

Togo had originally expected to take delivery of all four aircraft between July and September 2019.

African Aerospace adds that Togo in 2019 acquired two second-hand Mi-8Ts from a company based in the United Arab Emirates, with the aircraft most likely coming from Ukraine originally.

Togo’s Air Force has few aircraft flyable – its Embraer EMB326GC Xavantes are no longer flying; it’s remaining Alpha Jets are in storage; only on or two TB-30 Epsilons are airworthy; its two DHC-5s were withdrawn and most helicopters grounded. The Air Force has several CM-170 Magisters, a couple of King Air 200s, a Fokker F28, Boeing 707, two Beech Barons, two Cessna 337s and a Do 27 in its inventory as well as several Alouette III and Puma/Super Puma helicopters.

This article was published by defenceWeb on April 21, 2020,