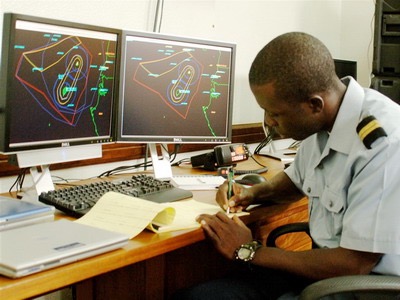 The number of cyber attacks around the world continues to grow and this includes those targeted at the maritime sector. Commercial maritime companies, navies and governments must decide how prepared they are to protect their waters and ports from cyber threats, with African littoral states also forced to confront these new maritime challenges.

One recent attack that brought the issue to the fore took place in July this year when Transnet, a major South African rail, port and pipeline company, which handles 60% of the country’s container traffic in its Durban port, was hit with a ransomware attack. It caused massive disruptions and container terminals had to switch to manual processing of cargo until IT systems were restored.

Another notable incident was when shipping giant Mediterranean Shipping Company (MSC) was affected by a malware-based attack on 10 April 2020. More notably, the world’s largest container ship and supply vessel company, Maersk, was hit by the infamous NotPetya malware attack that destroyed 49 000 laptops, 1 000 applications and 3 500 servers in 2017.

On 16 September, The Institute for Security Studies (ISS) held a webinar centred around maritime cyber security in Africa, aimed at providing guidance on best practices against cyber threats. One of the speakers was Denys Reva, a maritime security expert at ISS Africa, who released a report last year highlighting the need for Africa to protect its maritime trade. 90% of all African trade is seaborne and, according to Reva, evidence suggests that an attack on a logistics hub, such as a port, could quickly disrupt a supply-chain network and incur tremendous financial damages.

With regard to African nations and their navies, Ajijola said navies often do intelligence, surveillance, and reconnaissance (ISR) missions which rely on sensor and camera technologies amongst a host of different software and communications systems. Naval vessels and their weapon systems carry a lot of third party software, maintained by foreign companies. Ajijola believes indigenising these capabilities is safer for the cyber security of fleets.

Ajijola mentioned that as conflicts become increasingly cyber dependent, littoral African countries need a good understanding of the internet of things to gather actionable intelligence and data, possibly with the creation of specialised units or commands. Structured career paths with cyber security programmes, along with consulting with countries that have cyber capabilities and cooperating with maritime stakeholders could greatly improve a navy’s cyber security.

To benefit from the African Continental Free Trade Area (AfCFTA), the safety of sea routes, ports and vessels should be a priority for African states. This includes protection against cyber attacks, the ISS said.

The Institute earlier noted that cyber attacks against African maritime infrastructure threaten the continent’s recovery from COVID-19 and its long-term development and security aspirations. According to maritime cyber defence company Naval Dome, 310 incidents affecting maritime industries were recorded worldwide in 2019, a huge jump from 120 in 2018 and 50 in 2017.

The ISS predicted that the number of incidents like the Transnet attack will probably increase across Africa as maritime ports seek to increase efficiency and effectiveness through digitalisation. In this instance, transport infrastructure, especially a harbour, present lucrative targets for cyber criminals or other hostile actors due to the scope of operations and the many stakeholders involved.

For instance, Kennewick’s port in the United States was hit with a ransomware attack in 2020, disrupting its operations. Hackers accessed the port’s server and demanded a ransom of $200 000 to restore access to data, which the port refused to pay. Criminals may also exploit vulnerabilities to steal or conceal cargo.

Ports are attractive targets that are vulnerable to cyber attacks. Unless Africa urgently improves its port cyber infrastructure security, economic disruptions of this sort may become the new normal.