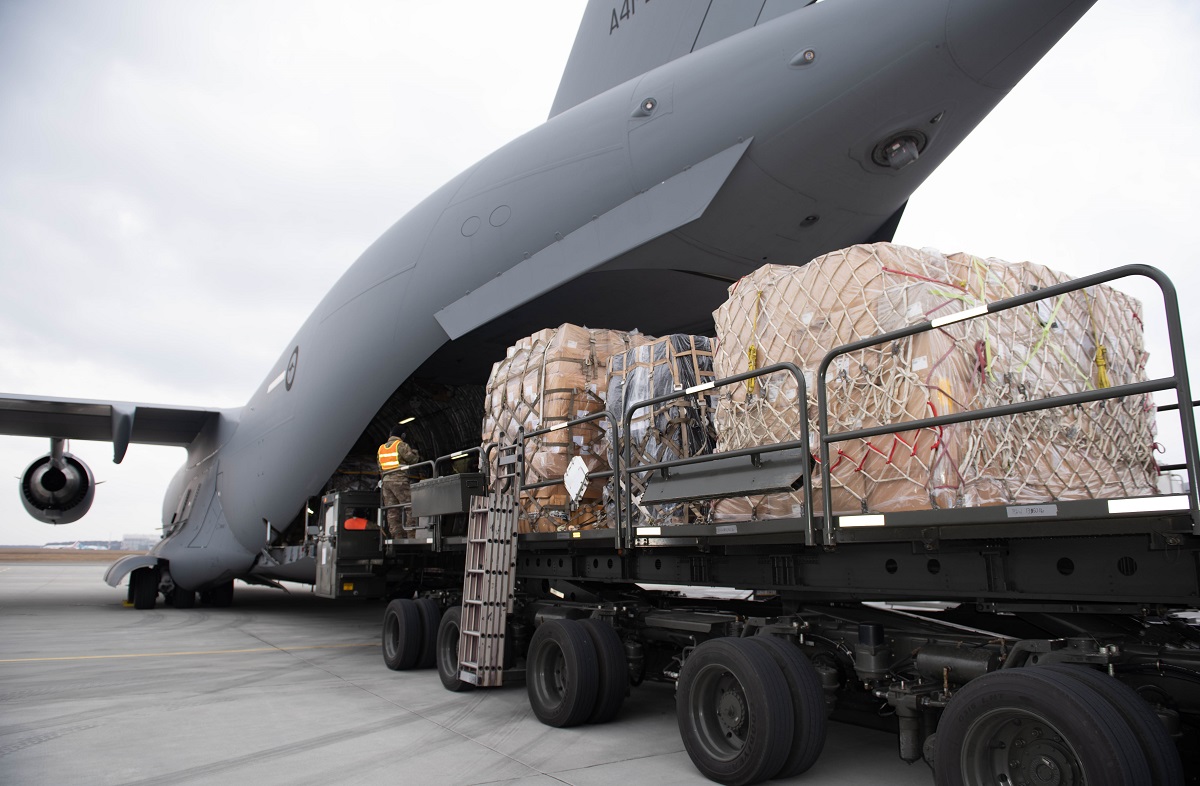 A Royal Australian Air Force Boeing C-17A Globemaster III transport delivered a load of medical and lethal and non-lethal defensive aid for Ukraine to an airport in eastern Poland on 4 March.

The C-17 departed Australia on 2 March and flew via Wright-Patterson AFB in Ohio to Rzeszow in Poland, just 70km from the Ukrainian border and 150km from the major western Ukrainian city of Lviv. The journey via Ohio suggests some of weapons delivered by the C-17 may have been drawn from US stocks.

“Australia will provide around $70 million in lethal military assistance to support the defence of Ukraine, including missiles and weapons,” Defence Minister Peter Dutton said in a release on 1 March. “We will also provide a range of non-lethal military equipment and medical supplies in response to a specific request from the Ukrainian Government.”

USAF and RAF C-17s and other transports have been using Rzeszow as a staging point for the delivery of aid to Ukraine, with about a dozen flights a day being observed on open-source tracking sites in recent days.

This story was written by Andrew McLaughlin and published on March 7, 2022 by ADBR.