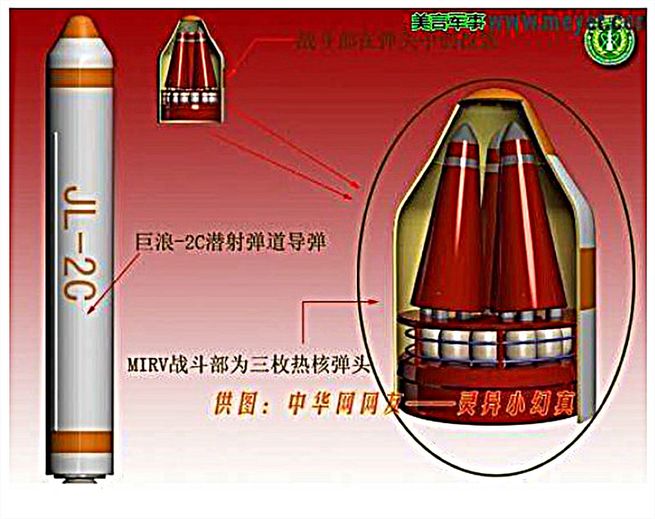 Necessity and proportionality are central concepts behind legitimate use of force in international law from the Anglo-European tradition.

The simplicity of the concepts belie the moral quagmire when applied to actual cases such as the use of nuclear weapons on Japan in what became the final days of WWII.

The debate continues to this day.

Nuclear weapons was introduced in a form that enabled a single weapon, initially delivered by one bomber, to wreck havoc that formerly required hundreds, if not thousands of bombers and crew.

Because nuclear weapons “scale” – in the case of thermonuclear devices in theory indefinitely – the question of necessity and proportionality evolved into a consensus between the First Nuclear Age powers that such weapons of mass destruction should never be used.

Possession should only be for the purpose of deterrence.

Crossing the nuclear threshold is a dangerous act with dire consequences that between nuclear weapons powers, mean mutual destruction.

How was this “red line” established?

Early on in the nuclear age in 1948, the United Nations Commission for Conventional Armaments (CCA) created an authoritative definition of Weapons of Mass Destruction (WMDs) as:

“… atomic explosive weapons, radioactive material weapons, lethal chemical and biological weapons, and any weapons developed in the future which have characteristics comparable in destructive effect to those of the atomic bomb or other weapons mentioned above”

This definition was adopted in UN General Assembly Resolution 32/84 and have been incorporated by reference to mean all Chemical, Biological, Radiological and Nuclear weapons and is integral to international law and treaties governing WMDs. (12, W. Seth Carus, 2012)

The essence of this definition is the notion that WMDs have the characteristic of causing mass destruction and / or casualties, though there is no clear definition as to what constitutes “mass”.

World War II era fire bombings of cities in Germany and Japan, the Taiping uprising against Manchu rule, Stalin’s communist collectivization and purges, Chinese communism’s campaigns like Mao’s Great Leap Forward or Cultural Revolution, and the Pol Pot Communist regime, accounted for far more casualties than the totality of all casualties from WMDs since the 19th Century.

It is hard to rationalize that tens of millions of deaths from the Taiping uprising against Manchu imperial conquest and rule is somehow preferable to a nuclear attack on Hiroshima that killed under 200,000.

Or mass deportation to Gulags or concentration camps or genocide by Manchus is preferable to nuclear war.

The revulsion against WMDs arise not in the scale or scope of mass destruction or casualties, but from the ease and rapidity from which it can happen: “at the push of a button” by a handful or as few as one person.

Mass destruction of the past required mass participation by a willing cohort of executioners are no longer required.

A small band of state or non-state actors can conceivably have the same impact. Hence, the focus on absolute prohibitions on the spread of WMDs to non-state actors, and limitations on state actors with “legal” nuclear arsenals to those who share a consensus about its danger and utility as deterrent only.

Consensus on international arms control, limitations and disarmament for WMDs was built around this view of nuclear weapons as instruments whose use will inevitably lead to mass destruction and or casualties.

Thinking on nuclear arms control evolved around the idea of reducing the likelihood that the nuclear threshold should ever be crossed, whether accidentally, or a “madman”, or the development of systems that destabilize “mutually assured destruction” such as ballistic missile defense.

Prevention of a surprise “knock out” blow by any nuclear power meant the creation of “triads” that are invulnerable to any conceivable surprise attack.

Tactical nuclear devices are regarded as dangerous as it crosses the threshold, which will increase the likelihood of strategic nuclear weapons from being used in an escalatory ladder understood by both sides.

The presumption is there is a slippery slope, much like the Rubicon that cannot be crossed without consequences.

Around this theory, an arms control community was formed with the expressed goal of preventing the use of nuclear weapons, limiting its proliferation, and ultimately, banning their use.

The UNSC “permanent 5” that emerged as victors in WWII are the only legitimate nuclear weapons powers under the nuclear non-proliferation treaty.

Over time, a new group of “illegal” nuclear weapons powers emerged despite efforts aimed at curbing them.

The US aided UK and France in acquiring a nuclear arsenal before the NPT.

India, Israel chose to illicitly acquire the means, often with a nudge-nudge-wink-wink from others.

North Korea is the outlier in terms of their motives and intentions behind states that successfully acquired a nuclear arsenal.

Every nuclear weapons power to date, with the exception of North Korea, accepted the consensus that nuclear weapons are a deterrent or insurance policy of last resort to guarantee regime survival, preferably never used.

North Korea, on the other hand, view the nuclear weapons as a means to alter the status quo, forcing the withdrawal of US forces from South Korea, unifying Koreas on their terms, and to extract compensation (or indemnities) from belligerents.

This exception altered the dynamic of international nuclear proliferation since the 1990s.

Rather than going away, other nuclear powers followed.

Established nuclear powers like Russia, a shadow of itself as USSR, have adopted doctrines like “escalate to de-escalate” that suggest the limited first use of nuclear weapon as a show of force. China, ostensible alleged to have about 300 warheads, expanded their launcher capacity by adding 4 SSBNs (+1 under construction), mobile missiles, and MIRV/MARVed missiles: far beyond the western estimate of size of their arsenal and no longer a “minimal means of reprisal”.

The CCP’s claimed “no first use” doctrine have been undermined by their campaign to prevent South Korea from deploying THAAD and participating in a regional missile defense system that suggest a tactical nuclear first strike strategy.

Israel is contending with regional powers like Iran that can readily “breakout” and deploy nuclear weapons before considerations of aid from North Korea.

Nuclear precision munitions have ushered in an era where a nuclear explosion may have very little persistent radiological effect (i.e. fallout, contamination, etc.) while achieving a narrowly targeted destructive effect with minimal collateral damage to civilians nearby.

Compared to late 20th century nuclear weapons, precision nuclear munitions may be the only viable solution to certain target sets where limiting civilian casualties and long term radiological effects is a key consideration.

Coming from another perspective, electromagnetic pulse (EMP) weapons, once only feasible to be nuclear pumped, can now be conventionally pumped or otherwise generated to produce a range of effects made possible by the widespread use and deployment of microelectronic devices in both military and civilian applications.

A nuclear EMP attack can disable much of the civilian and military infrastructure in a wide area for upwards of a year, leading to societal collapse while leaving most physical infrastructure like buildings intact.

The nuclear threshold that existed as a clear line circa 1975 is now blurred by these developments.

It is a product of the first nuclear age, when the prospect of virtually unlimited destructive effect at the push of a button horrified a small group of European, Russian and then Chinese decision makers, all of whom are barely recovered from a horrifying series of wars in recent memory and have no wish to repeat the carnage.

Many of these new players, i.e. radical political Islamist, if they should secure a nuclear device, will not necessarily view it as a defensive weapon nor will they be necessarily deterred by greater powers.

Possession of a large, invulnerable nuclear arsenal for retaliation may have no utility against these adversaries.

Presently, the US and allied relies on dominance in conventional weapons against states without a proven nuclear arsenal.

But the utility of this approach, even if used in concert with the conventional capabilities of P5 powers, will not necessarily be sufficient to prevent insurgent powers like Iran from acquiring WMDs or be able to proactively eliminating their capabilities militarily by “surgical” strikes.

Then there are states like North Korea that have passed the point of no return, having successfully demonstrated thermonuclear weapons and is on the way to credible nuclear ICBM arsenal.

In this environment, the nuclear threshold as an absolute bar may be more a hindrance than a threat to peace and security when it is technically the only feasible way to militarily achieve effects that meet the test of necessity and proportionality for adversaries unlikely to be deterred.

It does not follow that nuclear will be by definition more destructive than conventional explosives though nuclear explosives will have considerable advantages in form factor and ease of delivery.

Nor is it for certain that the use of nuclear devices will necessarily result in large scale, persistent radiological effects particularly if the device is used in such a manner and optimized to minimize persistent contamination.

A nuclear device need not necessarily be a WMD with a more up to date definition used by the CCA that do not define nuclear as WMD by default.

Prevention of mass destruction & casualties may require the nuclear threshold to be crossed in a judicious and tightly controlled manner when there is no other feasible method.

It does not follow that crossing the nuclear threshold in such a manner will automatically lead to wholesale nuclear war.

There is no reason why an escalatory latter have to exist for a given adversary or for it to be operative.

On the contrary, nuclear explosives may be the only practical way to prevent war caused by indiscriminate use of nuclear weapons in dangerous hands like North Korea.

Technology and doctrine have evolved since nuclear weapons were used last in 1945 and WMD taboos became institutionalized in international law.

The laws are now obsolete.

The nuclear threshold as it was formulated in the 20th century may be no less an obsolete concept than the Pope Innocent III’s prohibition on the use of crossbows on Christians.

It is time to reconsider and revisit the work of the CCA.

The featured drawing visualizes the JL-2 (JL stands for the Mandarin word for “Big Wave) submarine-launched ballistic missile is based on the DF-31. Longer ranged variants, like this putative JL-2C variant, can carry multiple nuclear warheads with global reach. Credit: Hyperwarpd