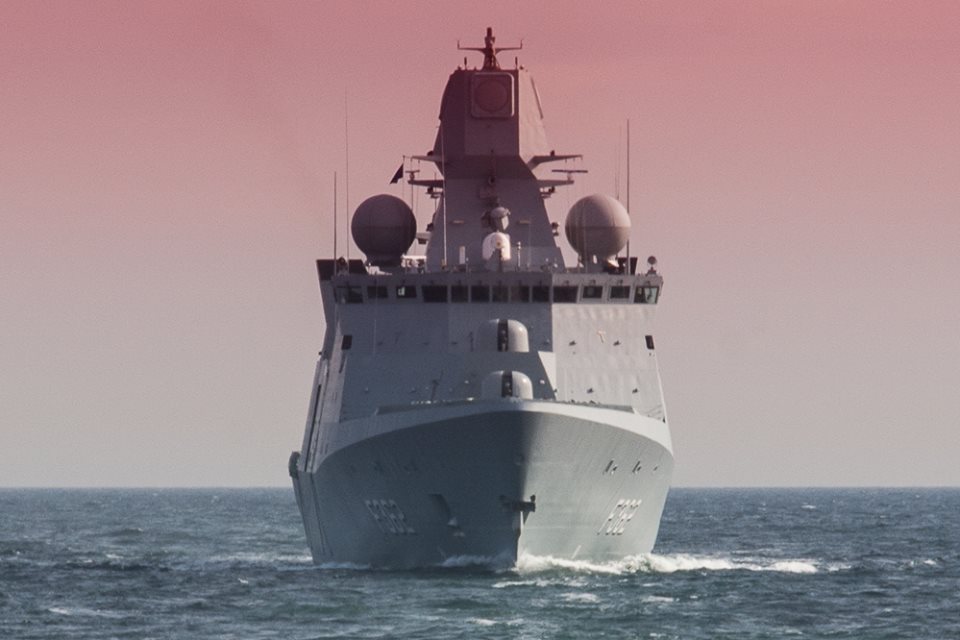 Denmark is a small country, but an important player in the NATO Alliance and part of the reworking of Nordic defense with Norway, Sweden and Finland to deal with resurgent Russia.

The government was very clear about what the threats facing Denmark are, the importance of allies modernizing and working effective interdependence in the defense of the North Atlantic and beyond, and need to invest more in new equipment and personnel.

Here is how the Danish government in the document describes the way ahead for Denmark:

“Denmark faces more serious threats than in any other period following the fall of the Berlin Wall. The freedom and security we value so highly cannot be taken for granted.

“Denmark faces more serious threats than in any other period following the fall of the Berlin Wall. The freedom and security we value so highly cannot be taken for granted.

“To the east, NATO faces a confrontational and assertive Russia. Instability in the Middle East and North Africa is fuelling militant Islamism, sowing the seeds for the threat of terror and irregular migration flows. Propaganda campaigns challenge our democratic principles and established rules, while in the Arctic, there is increased activity and military presence.

“These are challenges which we cannot afford to ignore. That is why the Government wishes to substantially increase military spending over the next six years.

“The substantial increase will be gradually phased in and ultimately result in the Danish Defence’s annual budget in 2023 being increased by DKK 4.8 billion.

This amounts to an increase of 20% compared to current military spending.

Threats in cyberspace have serious security and socio-economic consequences.”

During a recent visit to Copenhagen, which coincided with the release of the new defense guidance, there was a chance to talk with a number of Danes and various experts about Danish thinking and the approach they had in mind to deal with shaping a deterrent strategy.

Rear Admiral Wang clearly argued that the Russian challenge today and as it is evolving has little to do with the Cold War Soviet-Warsaw Pact threat to the Nordics.

The Soviet-Warsaw threat was one of invasion and occupation and then using Nordic territory to fight U.S. and allied forces in the North Atlantic.

In many ways, this would have been a repeat of how the Nazis seized Norway during a combined arms amphibious operation combined with a land force walk into Denmark.

In such a scenario, the Danes along with their allies were focused on sea denial through use of mines, with fast patrol boats providing protection for the minelayers.

Aircraft and submarines were part of a defense in depth strategy to deny the ability of the Soviets to occupy the region in time of a general war.

He contrasted this with the current and evolving situation in which the Russians were less focused on a general war, and more on building out capabilities for a more limited objective, namely controlling the Baltic States.

He highlighted the nature of the arms modernization of the Russian military focused on ground based missile defense and land and sea based attack missiles along with airpower as the main means to shape a denial in depth strategy which would allow the Russians significant freedom of maneuver to achieve their objectives within their zone of strategic maneuver.

A core asset carried by the Russian forces is the Kalibr cruise missile, which can operate off of a variety of platforms. With a dense missile wolf pack so to speak the Russians provide a cover for their maneuver forces. They are focused on using land based mobile missiles in the region as their key strike and defense asset

“The Russian defense plan in the Baltic is all about telling NATO we can go into the Baltic countries if we decided to do so. And you will not be able to get in and get us out. That is basically the whole idea.”

Rear Admiral Wang argued for a reverse engineering approach to the Russian threat.

He saw the “reverse engineering” approach as combing several key elements: a combined ASW, F-35 fleet, frigate and land based strike capabilities, including from Poland as well.

The Admiral’s position is based in part on the arrival of the F-35 and notably the F-35 as a core coalition aircraft with a capability to work closely with either land based or sea based strike capabilities.

“One needs to create air superiority, or air dominance as a prerequisite for any operation at all, and to do that NATO would need to assemble all the air power they can actually collect together, inclusive carrier-based aircraft in the Norwegian Sea.

“This is where the ice free part of the Arctic and the Baltic gets connected. We will have missions as well in the Arctic at the northern part of Norway because the Norwegians would be in a similar situation if there is a Baltic invasion.”

Rear Admiral Wang argued as well for a renewal or augmentation of ASW capabilities by the allies to deal with any Russian submarines in the Baltic supporting the operation, notably any missile carrying submarines.

He saw a focused Danish approach to frigate/helo based ASW in the region as more important than buying submarines to do the ASW mission.

The importance of using the F-35 as a trigger force for a sea-based missile strike force suggests that one option for the Danes will be to put new missiles into their MK-41 tubes which they have on their frigates.

They could put SM-2s or SM-3s or even Tomahawks onto their frigates dependent on how they wanted to define and deal with the Russian threat.

The ongoing work on Aegis integration with F-35 or the USMC work on integrating their High Mobility Artillery Rocket System (HIMARS) launchers is suggestive of their approach.

Leveraging the F-35 as the flying combat system part of the overall strike and defense force is a key part of Danish thinking. 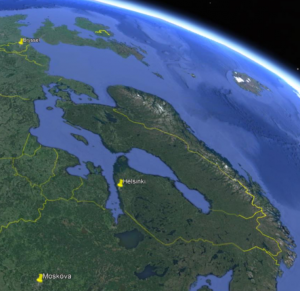 Indeed, for the Nordics, integrating air and sea power is a strategic requirement when facing the Russians and preparing for crisis management.  The “long reach of Aegis,” a concept which we introduced several years ago is not a tactical adjustment for them; it is about strategic deterrence.

A good perspective on how to look at the challenges from a Nordic perspective was provided by the current Chief of Staff for the Finnish Air Force, Major General Eskelinen, at his presentation to the Williams Foundation Seminar on the Strategic Shift on March 22, 2108.

He provided a look from the perspective of Finland as seen by a map view.

He then added a slide in his presentation which highlighted how the challenge looked from a threat point of view.

On the right side of the slide is how it looks from a Nordic point of view.

On the left side of the slide he portrayed how the Russians might look at the evolving situation as well. 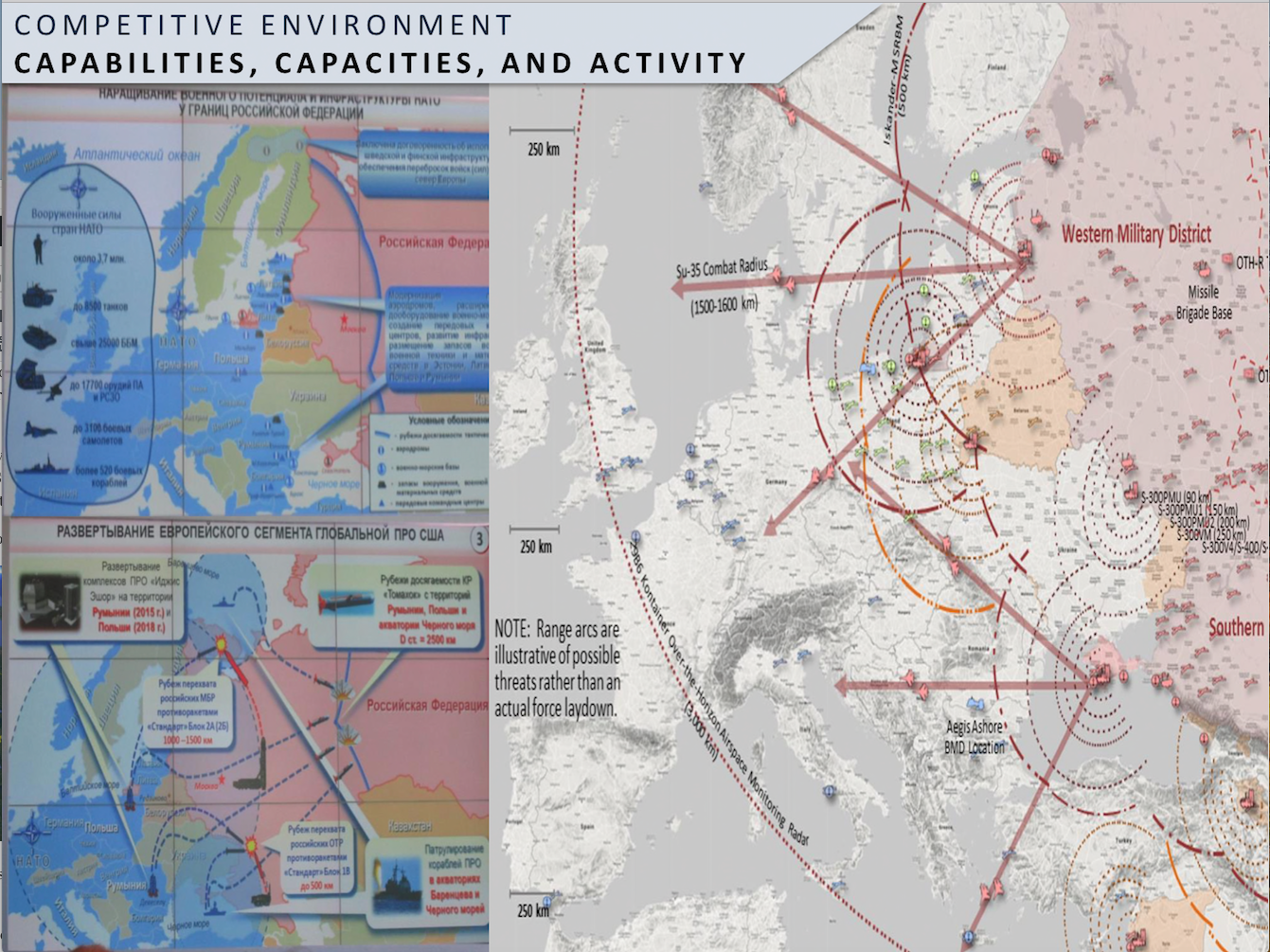 An earlier version of this article was published by Breaking Defense on November 17, 2017.