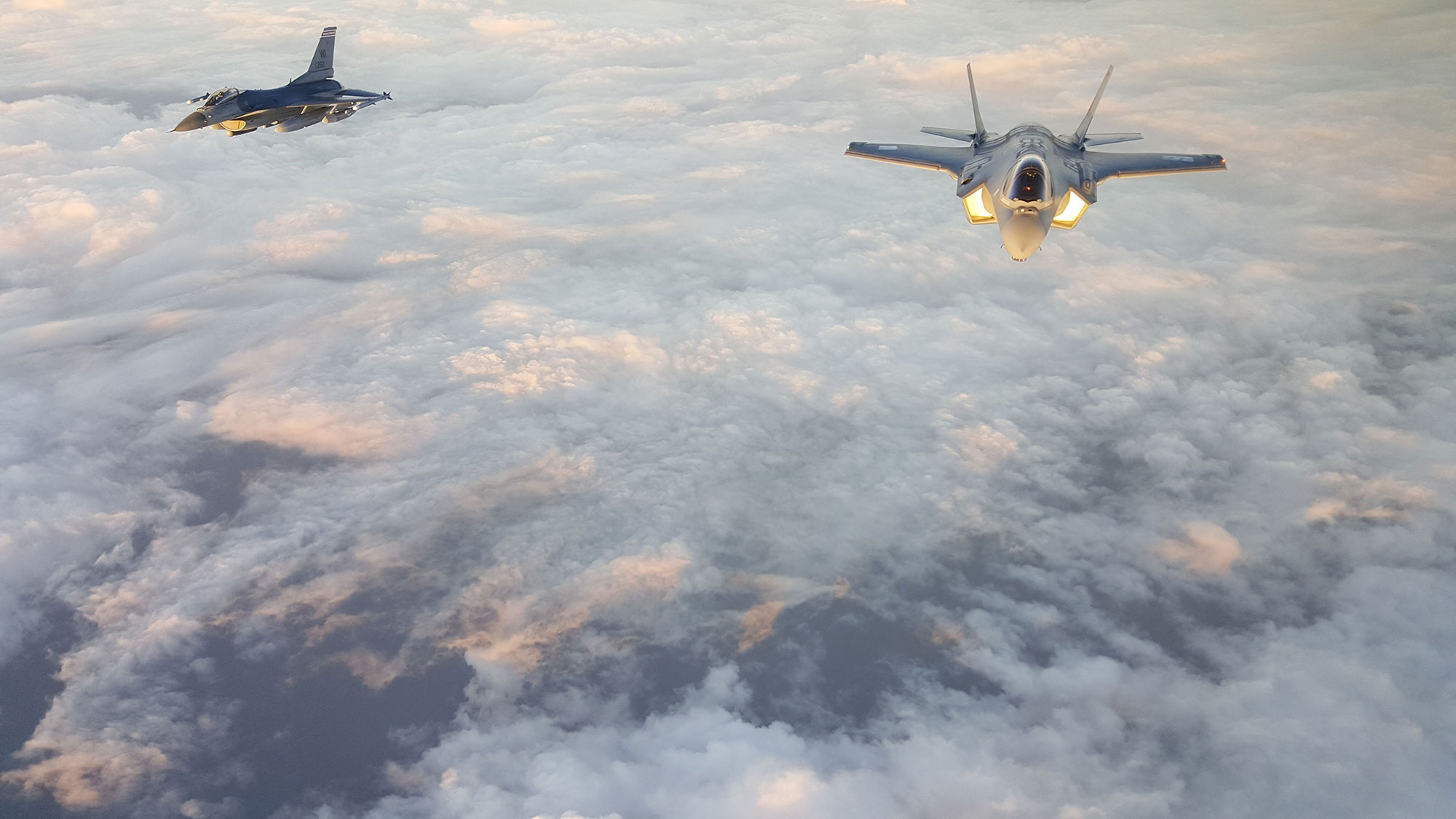 We have argued for a number of years that in response to both North Korea and China, the Japanese were focused on reshaping their defense to provide for new capabilities to provide for an expanded perimeter defense.

The approach remains very much defensive in that they are not procuring or deploying long range attack capabilities usable against potential adversaries.

But they clearly are enhancing their ability to provide for enhanced perimeter defense.

Years ago, in a video produced by the Japanese Ministry of Defence, they showed using Ospreys as part of their island defense. Recent decisions to add F-35Bs simply fits in with that picture which was conveyed several years ago.

And the Japanese approach was presaged very much in our book published several years ago on shaping a 21stcentury approach to deterrence in depth.

A key point about the F-35 program is that if you are in it, one can change the mix of platforms.

The commonality of combat systems means that flying Bs, As or Cs are not different in terms of combat effect, but clearly the B provides one significant enhanced flexibility in terms of where one can operate from.

It is this flexibility which will see an expanded group of F-35 nations adding Bs to their arsenal in the years ahead. Japan is simply the next B user.

The strengthening of the helo carriers of the Japanese to be able to support B operations is being done to add to the flexibility of the force.

The helo carriers are 19,500 ton ships and will be able to provide sustained B operations of a limited nature.

They will be a Lilly pad within the overall operations of a B force for sure, adding flexibility to defense in depth.

The will not be a force in and of themselves but rather a capability providing flexibility to a fifth generation enabled force.

And that is really the impact of the Japanese governmental decisions. Like the Aussies, the Japanese are forging ahead to shape a fifth generation combat force.  The Japanese have much further to go because of the challenge of being a joint or integrated combat force is much greater for the Japanese and their post-war experience than for the Aussies.

The recently announced five-year defense plan calls for the conversion of two of the Japanese helo carriers to be modified to handle F-35 landings and take offs, which is really about altering the deck and its ability to handle heat.

It is reported that Japan will buy an additional 100 F-35s making it the largest foreign user of F-35s.

This is not an unexpected development as the Japanese have been able to see close up how the USMC has operated its F-35s from Japan and with growing familiarity with the aircraft have come to appreciate why it is different from legacy jets.

This clearly can support closer working relationships as well with key allies in the region, such as Australia which are introducing their F-35s over the next few years and can use this commonality as a building block in shaping innovations in deterrence in depth.

Personally, I am fed up with the apologia for China.

What Japan and Australia are doing is strengthening their perimeter defense.  For the Chinese, it is just fine if they push out in the Pacific but if anyone responds that is “aggression.”

The blunt fact is that neither Japan nor Australia are building a force designed or capable of attacking mainland China but clearly are strengthening their capability to contest a China wishing to expand its ability to control the island chains as they envisage the Pacific.

I argued years ago that the F-35 would enable the long reach of Aegis, something which the Japanese have come to understand and will contribute to significantly in the years ahead. Enhanced deterrence in depth will be the response to an active and aggressive China; it is about time for the Chinese to look in the mirror.