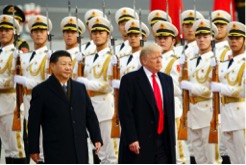 Hugh White’s How to Defend Australia shows a master storyteller at work. It’s part of a debate Australians must have.

While the book starts that debate, its core judgements shift from possibilities to certainties, and its assumptions shift and expand without explanation. This undercuts its conclusions—including its proposals for Australia’s defence strategy and forces.

In the Indo-Pacific, along with China, India’s power will grow, as will Indonesia’s. Japan will remain a major power, with a growing willingness to use that power for regional security.

White assesses China only wants to resume ‘its rightful place as East Asia’s leading power’, and that ‘China for all its potential strength, will not become predominant beyond East Asia and the Western Pacific, because it will be resisted by India, Russia and Europe as well as America’.

So, the argument continues, America won’t ‘accept the costs and risks of trying to prevent China from dominating East Asia’ because ‘America’s own security does not depend on this’. And America does not have the resolve to fight a war with China that might involve nuclear weapons, while China’s leaders do.

If this is right and the authoritarian Chinese state’s ambition is restricted to wanting to dominate East Asia, then Australia and the other countries in greater Asia—and the Indo-Pacific—have nothing to fear from the enormous strategic shifts we’re living through.

I’d like to believe that ‘we might expect, and certainly hope, that China’s leaders, who are keen students of history, recognise that they would be better off exercising primacy with a light touch, as America has done so successfully’.

Unfortunately, the evidence we have of Chinese President Xi Jinping’s use of power makes this unlikely. A majorityof Southeast Asian policymakers, business people and academics think China wants to be the dominant power in Asia, and only 9% of them think that China would be a ‘benign hegemon’. The people of Hong Kong and Taiwan also don’t believe in Beijing’s light hegemonic touch.

The book stretches assessment of relative Chinese and American power and resolve much further than East Asia, though, saying America will cease playing a significant strategic role in Asia at all, with ‘US leadership gradually fading away and China’s influence expanding to take its place’.

The scenario this paints for Australia is stark: ‘we really will be on our own’. It leads to a proposal for a new type of defence force requiring funding worth 3.5–4% of GDP.

All this relies on the idea that if the US can’t dominate Asia by itself, it will leave Asia. America is Lego Batman: ‘I work alone’. If that doesn’t work, it’s back to the Batcave to sulk.

This is caveated by acknowledging that America ‘will retain important interests in Asia that it will seek to uphold’, but in a classic case of damning with faint praise, goes on to say that ‘America will never disengage entirely from Asia’. Which has the effect of leaving exactly that idea of entire disengagement in the reader’s mind.

That’s a bad fit for the world we live in—even one in which Donald Trump, perhaps the most instinctively isolationist US president for decades, occupies the White House. His signature foreign policy initiative has been his engagement of China’s leadership because core American national interests are bound up in Asia—and in China in particular. He’s also spent lots of political capital on North Korea, again because America’s interests are engaged fundamentally there.

If Trump judges American interests are deeply engaged in Asia, it’s a reasonable assumption future US presidents will too. As Arthur Culvahouse, America’s ambassador to Australia, has noted: ‘This region is fundamental to the United States….and we are committed to the region as much as we have ever been’.

This is not sentiment. It’s because economic interests drag in strategic interests. As Culvahouse says, America is the leading investor in and deep economic partner of Australia and many Asian states, while China is its major trading partner. And, as we have seen with North Korea, countries which can reach America with nuclear weapons—as China can—get American leaders’ attention.

A core judgement here that Australian policymakers have to continue to get right is about American resolve to use its power to protect its interests in Asia.

The good news is that America’s national interests remain deeply woven in with Asia’s security and prosperity. The darker news is that this means American resolve to protect those interests will remain strong—up to and including using its nuclear arsenal in a war with China.

White assumes leaders in Beijing will use nuclear weapons on American cities. But no leader in Beijing can afford to discount the prospect that in a major war, America would destroy Beijing, Shanghai and other iconic Chinese mega cities. America is the only state that’s ever used nuclear weapons in war—and it did so in East Asia.

On top of this, White says, ‘America shall remain a very powerful country, with the world’s second- or third- biggest economy, a huge population, immense resources of talent and energy and formidable instruments of influence, including its armed forces’. In fact, America is an outlier in the developed world by having a growing and relatively young population, which is a source of continuing economic and national power.

China’s best demographic days are behind it. Its population will decline by some 60 million by 2050, and its working-age population will shrink by about a third. And its need to devote huge resources to maintain internal control is clear both on the streets of Hong Kong and in its spending on internal security, which is higher than its massive military spending.

So, Australia is unlikely to be living in an Asia without America. And Asia is very likely to have powers who share interests with Australia—including constraining an assertive, authoritarian China.

That’s fortunate, because a ‘fortress Australia’ strategy that seeks to sink Chinese ships and shoot down aircraft attacking Australia has enormous conceptual gaps. It requires assuming China would only use a tenth of its military might against Australia. White argues that ‘happily, long-range ballistic missiles are expensive and hardly make sense to deliver conventional warheads’, even though ‘defence against intercontinental range missiles is not practicable’.

Chinese leaders won’t send a just-the-right-size conventional force for the 200 fighters and 24 submarines White says Australia should have to sink, but not use missiles to destroy our ability to do so because of the cost. They’d also attack critical vulnerabilities like our unprotected international supply lines—without which we have only 25 days’ fuel. Thinking otherwise would be a happy, but fanciful expectation.

How to defend Australia portrays powers like India, Indonesia and Japan as both potential adversaries and potential partners of Australia. It’s simply bad strategy to tell such partners that one reason we’re building a large, capable defence force is in case we have to fight them, while also seeking to work with them in regional coalitions in the face of aggressive Chinese power.

Good strategic policy from Australian’s current and future leaders must revolve around thinking of these three nations as strategic partners. And that means acting accordingly, including before any war, as Australia’s military chief, Angus Campbell, recently observed.

Good policy in a multipolar Asia also means having more independent capability of our own, using the best technology we can get our hands on—notably American.

As my colleague Rod Lyon has observed, Australia has never gone to war alone. If we ever did have to fight a major power—including China—we would do it as we have in previous wars: with partners. A key one being the United States of America.

How to Defend Australia?