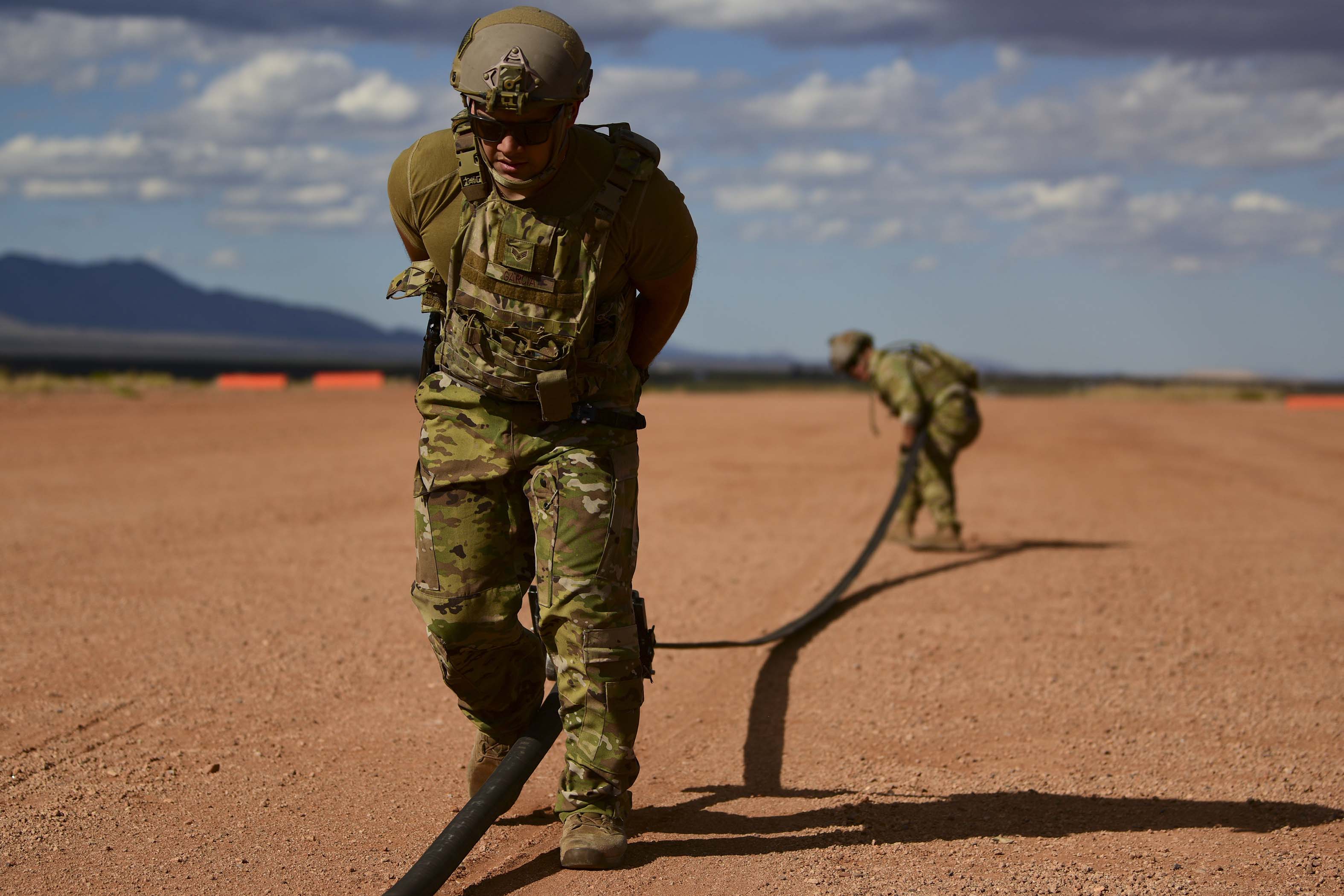 When walking the floor at DSEI 2019 this year, I was struck by the volume of conversation around battlefield electrification—perhaps not unexpected with environmental factors one of the dominating news items of 2019. When the topic is first mentioned it perhaps conjures unrealistic visions of fully electrified ships, tanks and aircraft, built as now but without combustion engines, operating in combat environments.

But the same challenges of civil electrification of vehicles apply in terms of limited range, cost, weight and the fact battery technology has been slow in its evolution and hasn’t kept up with aspirations. So, we are probably at least ten years or more away from this eventuality. The more realizable and often overlooked near benefit of electrification comes with the strategic change to battlefield support assets and unmanned vehicles (sea, land and air), coupled with a focus on logistics support and the military supply chain.

Military conflicts are becoming increasingly reliant on logistics to underpin the huge undertakings of maintenance and shipping personnel, equipment and supporting resources to often remote, difficult to reach locations and then trying to sustain them. An effective logistics strategy can be the difference between the success and failure of an entire military campaign and fossil fuels play a key role here—the U.S. DoD, for example, is the largest consumer of fossil fuels in the world.

For every tank there are three tankers chasing it. The U.S. Army can use as much as 600,000 gallons of fuel a day to run an armored division. The M1 Abrams tank gets about 0.6mpg and even a cargo vehicle such as the M-1070 semi-trailer, which hauls fuel, delivers approximately 1.2mpg. For context, in the Afghanistan war, Pentagon officials told the House Appropriations Defense Subcommittee a gallon of fuel cost the military about $400 by the time it arrived in the remote locations where U.S. troops were operating.

Consider fuel alone. Simply transporting fossil fuel to the forward operating base requires a huge convoy of military vehicles. Moreover, fuel stored in remote bases is housed in vast flexi-tanks, difficult to hide and incredibly vulnerable to aerial attack. Then the convoy and broader logistics support machine itself needs security, feeding, accommodation and support, thus perpetuating the need for more personnel who, in turn, need supporting themselves.

All this comes at a human cost. U.S. Army Environmental Policy Institute figures indicate the casualty factor for fuel resupplies in Afghanistan was 0.042, which is 0.042 casualties for every fuel-related resupply convoy—or almost one casualty for every 24 fuel resupply convoys. When you consider the number of U.S.-only fuel convoys required in Iraq in FY2007 was 5,133, the casualty count is quite alarming.

QinetiQ, a global organization of scientists and engineers at the forefront of research and commentary on the use of electric propulsion in the defense, security and aerospace sectors, has produced in-depth research on the state of military electrification. But the benefits of electrification are far more than ‘going green’—they can deliver huge logistical advantages in both the near and long term.

Battery life becomes a quickly limiting factor if we look at battlefield electrification in terms of entire vehicles. In the short term, it is far more likely we will see—and are starting to see—point electrification of support and secondary systems as the initial military focus.

Take one use case from the U.S. Army in Afghanistan, called “Operation Nimroz.” The base installation mandated 13 generators, but many were running well below capacity. The Army changed to two generators and two “hybrid sites” which included a trailer with a generator, battery pack and solar panel, to provide power for very specific missions.

Total fuel savings for the project came to about 1,600 gallons a week and 30-man hours per week were saved by not needing to refuel, with a further 20 hours of maintenance saved per week. This meant engineers could focus their time and efforts on more pressing maintenance concerns.

The Electric and Unmanned Vehicle Transformation

We are already seeing electric unmanned aerial, land and sea vehicles entering service. Research from IDTechExshows that electric vehicles for military, security and police duty will make up 15% of the total market in 2022. The bulk of this demand has been for air (UAVs) and is now for military vehicles on land; the water and airborne applications alone will each become businesses of well over one billion dollars yearly within the decade. The U.S. Army has set out a ten-year goal for full electrification of its assets and equipment—witness its Next-Gen Combat Vehicle program, a prototyping effort underway at the Army Tank Automotive Research, Development and Engineering Center which promises two prototype tanks by 2022.

There is a considerably reduced logistics footprint associated with these electrified, often, but not always, unmanned assets. Electric vehicles in theory should weigh significantly less, are significantly less mechanically complex, use easily routed cables to deliver 4-wheel power (not vulnerable drive shafts), are simpler to maintain, run on renewable energy and have much lower failure rates.

Combine this with the switch toward unmanned sea, land and air vehicles (UVs) in many operational functions and there is a distinct electrification opportunity that large, protected man-limited vehicles cannot realize. Most are genuine cases for realistic electrification.

So, the already complex, multi-layered, multi-tiered, support model across military operations and the broad portfolio of equipment and inventory types is about to broaden further and increase in complexity. Defense and in-service support organizations need to prepare for these eventualities in both the short and long term. There are significant electric advantages—but for these benefits to be realized now and into the future, it requires systematic change of supply chain and logistics processes, control of transformation through stages of implementation and the inherent ability to cope with variable equipment types.

Flexibility and transformational agility need to be driven into the processes—the reality is that information support systems are the key to success and optimization. Supporting a solar panel farm in a deployed base is not the same as supporting the fossil fuel generator that preceded it, even if the maintenance objectives are the same. As such its key that military forces rely on enterprise asset management solutions with built-in adaptability for new assets and logistics principles—from procurement of the asset, right through to frontline maintenance and support. Nobody wants the electrification of the battlefield to become an IS project overhead, so choose wisely!

The Future is Now

As the QinetiQ report clearly explains, the success or failure of electrical technologies in defense will depend on the quality of the infrastructure behind them—not just charging points but the multi-facetted supply chain, the IS processes and equipment visibility and much more. As highlighted, we are probably some years from effective electrification of major equipment or weapon systems—there are some major engineering challenges to overcome and battery technology needs to have an evolutionary moment.

But electrification of support, certainly secondary support, can deliver strategic operational advantages—program efficiencies and safety being paramount—to any modern fighting force and reduce the fossil fuel supply hydra! Link this with the move of operational delivery toward unmanned capabilities means electrification is hitting the battlefield and things are changing now—and will continue to do so for good strategic reasons.

Jeff has worked in A&D and IT for more than 30 years having spent some 20 years as a Royal Air Force senior officer specializing in a number of Logistics areas; Operational Logistics, Senior Program management of a number of major Government IT programs, Defense Logistics Business Transformation and Logistics Operational Research. He also has some 10 years commercial international Business Development experience, in enterprise software, within global defense markets. 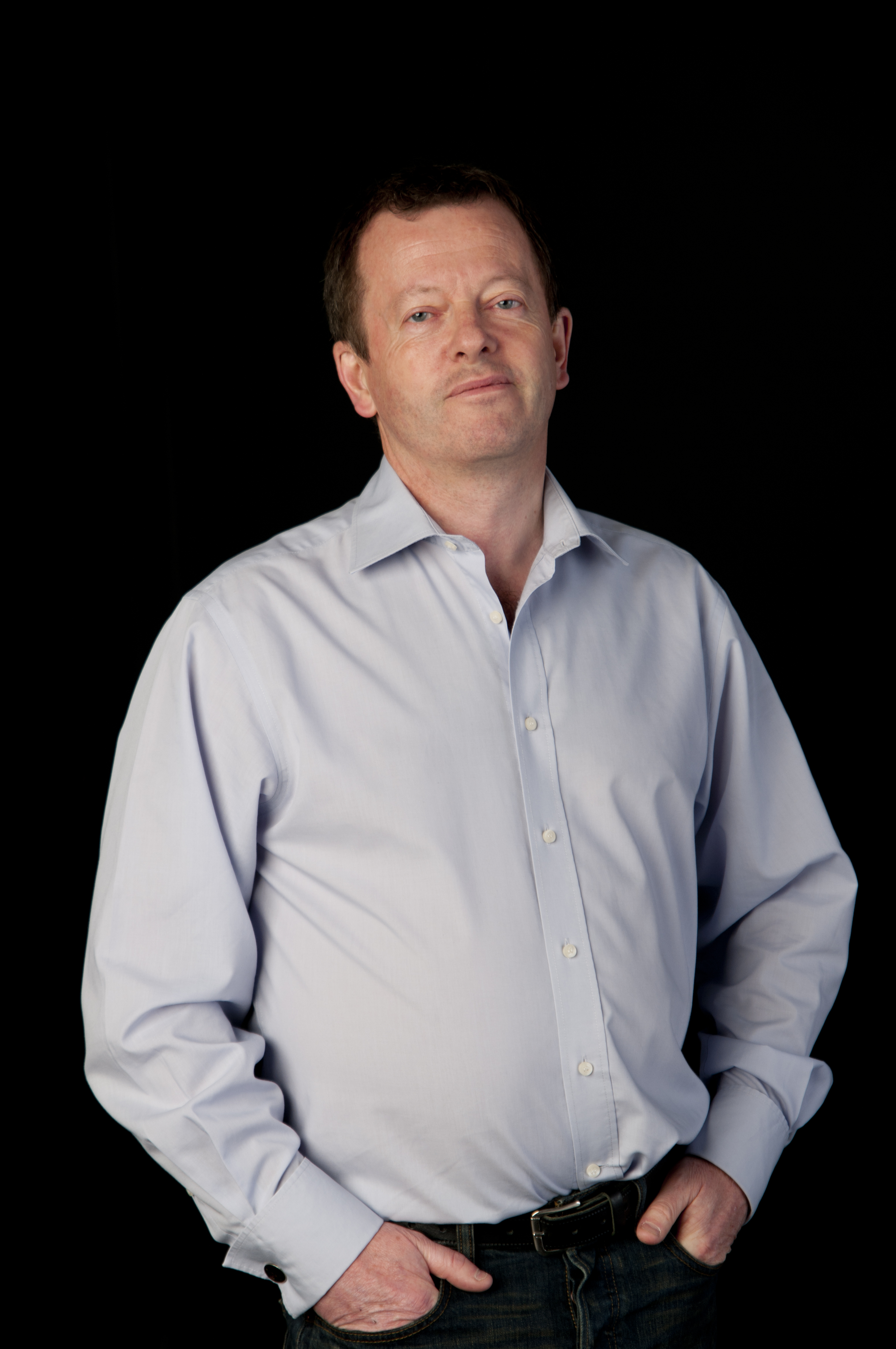 Jeff is a Supply Chain optimization and Logistics Business Transformation specialist and has a Master’s Degree in Logistics Engineering. He regularly presents on Performance Based Logistics (PBL) to Governments and global A&D Industry. Jeff is responsible for global IFS A&D strategy and supports global IFS A&D Marketing, Industry Marketing and Business Development.