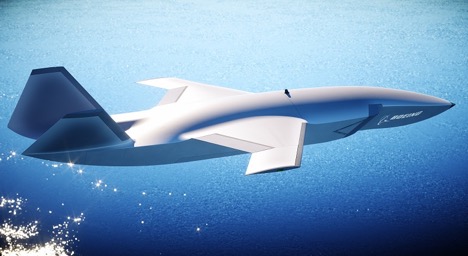 Whilst there has been a number of public calls of late to reconsider the contents of the 2016 Defence White Paper, one constant in any new iteration will be the ongoing need to invest in the integrating technologies of the joint force, in particular, tactical data links.

Developing a sovereign defence and industry data link capability will deliver significant benefits to the ADF as there is more to them than simply the ‘black boxes’.  Defence requires a deep understanding of the various types of data links and their limitations, and this knowledge needs to span both the engineering and operational communities.

In short, the management and integration of Intelligence, Surveillance, Reconnaissance & Electronic Warfare (ISREW) systems along with both current and emerging communications technology, is key in allowing the ADF to deliver effects greater than the sum of its constituent parts and meet the challenges posed by contemporary threats and next generation technologies.

Furthermore, whilst recognising the need for interoperability across the joint force, it is also essential that the ADF remains fully interoperable with our closest ally, the United States (US). However, the aspiration to become fully interoperable is in many ways becoming more difficult to achieve. This is due to the complexities involved within many of these systems and the limitations of the TDL itself.

The ADF has already made significant progress in the establishment of a Joint Data Network (JDN) to enable many of these systems and technologies to work cohesively together and deliver force level effects.

The JDN is a network of communications and electronics systems that carry Tactical Data Link (TDL), multi-sensor early warning information, and intelligence data to support joint force operations. The primary contributors to the JDN are from data derived from Multi-TDL Networks (MTN), through to intelligence networks such as the Integrated Broadcast Service (IBS).

What is a TDL?

So what is a TDL, why does the ADF need them, and how do TDLs enable the ADF to meet the operational narratives which demand high levels of integration and interoperability.  To provide a foundational understanding we will consider the two main TDL that the ADF currently employs, those being Link 11 and Link 16 which form the largest part of the Multi-TDL Network.

Simply put, a data link is a means of connecting one location to another for the purpose of transmitting and receiving data. This data can be described in terms of it enabling situational awareness, integrated fire control, and command and control capabilities. US military documentation on TDL goes further and defines a data link as being characterised by its standardised message formats and transmission characteristics.

To make this exchange of data tactically relevant it must be exchanged in real-time, which in practicality means within 20 seconds. However, there are a variety of TDL each with their own standardised message formats and transmission characteristics, all of which have their own strengths and weaknesses.

Link 11 is considered a legacy data link that exchanges air, surface and subsurface data between ground, airborne and maritime platforms over High Frequency (HF) and Ultra-High Frequency (UHF) media paths. The reason it is described as a legacy data link is because it only uses the M-Series message format, which is not part of the J-Series family of messages; this family includes J-Series, F & FJ-Series, K-Series, as well as the common message format.

Link 11 uses a netted architecture in which all Participating Units (PU) exchange data with each other through a protocol known as polling.  One PU in the net is designated as Data Net Control Station (DNCS) and during normal operating procedure of Roll Call, the DNCS sends an addressed ‘transmit now’ message to each net participant in turn. Once all PU have transmitted their data the DNCS transmits its data and the net cycle begins again.

However, the time it takes for a net cycle may be too long with the result being that data becomes stale and un-useable for tactical operations. Added to that, the DNCS is a central point of failure and Link 11 data rates are notably poor. Careful management of the units which will participate in the roll call is always considered based upon the individual capabilities of a platform and the operational demands in place.

Another weakness of Link 11 is its limited resistance to electronic counter measures as it operates on a single frequency, which can be easy to detect and as a consequence is very easy to jam or spoof through net capture.

Nonetheless, Link 11 does have its strengths and none more so than its capacity to operate Beyond Line Of Sight (BLOS) when utilising the HF media path. Considering contemporary operations are conducted at increasingly greater ranges from Australia and the prospect of operating within a satellite denied environment is also becoming more likely, the use of any TDL that provides for a BLOS capability is invaluable for early warning.

By 2025 the ADF will have migrated from Link 11 to Link 22 which utilises the same media paths. The use of HF will continue to support the exchange of data beyond line of sight in a satellite denied environment.

Link 22 has many advantages over Link 11 and indeed Link 16, but it is in regard to its efficiency that Link 22 has its greatest strength. The introduction of F-Series messages and the improved quality of service features used during every transmission are the main improvements, and since Link 22 and Link 16 message standards are part of the J-Series family, the exchange of data is easier to achieve when platforms operate in a Multi-TDL Network scenario.

Link 16 is both the ADFs and US Department of Defence’s primary TDL and is essential in enabling secure situational awareness, integrated fire control, and command and control capabilities to platforms. In order to maintain interoperability with our closest ally the ADF must continue to expand and modernise its Link 16 capability in line with that of the US.

But to begin exploring Link 16 we must first understand the differences in the widely and often over-used and mis-understood terms surrounding this capability and in particular – JTIDS, MIDS, and Link 16.

Strictly speaking the term Link 16 is the J-Series message catalogue or the language of the JTIDS/MIDS terminal. That said, irrespective of the terminal being employed or the data being exchanged, it is all generally referred to as Link 16.

Link 16 is a secure, jam resistant, high capacity data link that uses spread-spectrum, frequency-hopping and error detection and correction techniques to exchange data between a variety of platforms. Developed to overcome many of the weaknesses of Link 11, it operates on a time division principle known as Time Division Multiple Access (TDMA).

TDMA divides time into cycles, the most significant of which is a 12 second cycle known as a frame. Within the frame, time is then sub-divided into time slots and allocated within the network design process for users to transmit data. Link 16 has up to 128 possible frequency-hopping patterns (FHP) that could be employed and this is based upon the Link 16 network design and transmission security protocols (cryptographic keys.  Therefore, it is crucial that users are aligned to the right FHP and are using the directed cryptographic key at the right time, in order to successfully exchange data.

The fundamental weakness of Link 16 is that it operates on UHF and as such is limited to line of sight. To overcome this disadvantage Link 16 can be exchanged beyond line of sight through satellite, notably the Joint Range Extension Application Protocol (JREAP).

The major challenge for Link 16 users worldwide today is how to meet the US mandate to modernise Link 16. The main purpose of the modernisation is to overcome the threat posed to the operational use of Link 16 by implementing cryptographic modernisation.

Of real concern, is that some nations and platforms may be quicker to implement these advanced capabilities and demand their use way ahead of others, with the consequence being a trade-off between capability versus interoperability. Considering the reliance on Link 16 by many platforms, in which case one could assume that capability would almost certainly come at the expense of interoperability.

The expansion of software defined radios that can employ Link 16, such as MIDS-Joint Tactical Radio System (JTRS) and small form factor radios to replace the ageing JTIDS & MIDS terminals, only continues to complicate the ADF’s desire to maintain a minimum level of interoperability. To compound this even further, with the exception of cryptographic modernisation, there are substantial differences in the modernisation features that each terminal may or can integrate.

The introduction of new platforms like the F-35A Lightning II to the Royal Australian Air Force, whilst capable of using Link 16, it does not use what could be described as a conventional Link 16 terminal. Instead it is equipped with a software defined radio: the Northrop Grumman Communications, Navigation and Identification system. The platform is also fitted with its own data link, the Multifunction Advanced Data Link known as MADL.

With the advent of new software defined radios comes other advancements such as the ability to exchange data via advanced waveforms. Some MIDS-JTRS radios are equipped with Tactical Targeting Network Technology or TTNT for short.  TTNT provides the user with an easy join, low latency, high-throughput IP network capable of exchanging all types of data.

Certainly, the advantage of high-throughput data exchange would be welcomed by many tactical Link 16 users. For example, the capacity to exchange real-time video to support intelligence, surveillance and reconnaissance platforms is simply not achievable via Link 16 or indeed Link 11 or 22. Naturally, information on how it is actually being used is scarce outside of US operational units, but what is known is that technologies like TTNT will undoubtedly transform how data is exchanged across the battlespace.

Ultimately, irrespective of the technology employed, the ADF must remain interoperable with its closest ally wherever possible and data links will continue to play a key role. However, only by carefully managing these technologies will the ADF enable an effective JDN and maintain this level of interoperability.  This will require a deep understanding of the technologies involved both from an engineering point of view as well as the operational application.

It will certainly require a deep seated knowledge of TDL across Australia defence and industry.

This article was published by the Australian Defence and Business Review on December 23, 2019.