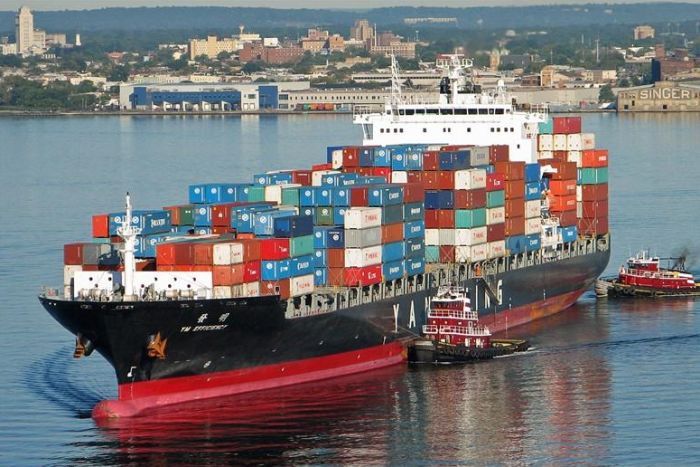 Societies, governments, economies, the environment and the energy systems that underpin human existence are all undergoing a period of rapid, and significant, change.

Such changes can be, and indeed are, disrupting the established order.

When the fundamentals of our society and the underpinnings of our way of life are disrupted, national security can be threatened in ways beyond traditional thinking.

The aim of this article is to explore some of these ‘non-traditional’ security ‘threats’ and discuss the implications for Australia’s preparedness and resilience in the coming decades of transition.

In looking for a framework within which to explore the transition challenges, the 2018 Home Affairs report, Profiling Australia’s Vulnerability: the interconnected causes and cascading effects of systemic disaster risk is a worthwhile starting point.1

By extrapolating the interconnected risks that we face in terms of our preparedness and resilience when it comes to ‘disasters’, we can quickly see where our weaknesses and vulnerabilities lie as a society and a nation to deal with ‘disasters’ in the broadest sense.

For example, as an island nation, at the end of the global trade routes, we are heavily reliant on just in time supply chains, with limited resilience in those chains, and low tolerance for loss and disruption.

What would be the impact on the Australian way of life if these supply chains were interrupted even for a few weeks?

Would we be prepared for the consequences?

A vital component of Australia’s ‘infrastructure’ is the system of maritime trade.

As previously stated, we are an island nation and our economic security, and our national security, are shaped by this geographic reality.

Is this reality, and the vulnerability that comes with it, something that Australians generally think about?  Quite likely, the answer to this question is ‘no’.

The system is working.

The nation has experienced a generation of growth and prosperity.

There are voting Australians today who know no other reality than one of growth and prosperity, even if that wage growth has been ‘sluggish’ in recent years, to use the language of the economic pundits.

But what if it this system actually faltered?

Ninety eight percent of our trade by volume, and over 79 percent by value, is maritime.2

In 2018 alone there was A$304 billion of imports and over 90% of all our transport fuels were imported, either as oil or refined product.

We import around $2 billion of fertilizers a year, in part because our gas prices are forcing our fertilizer industry offshore.  The production of food relies heavily on these fertilizers.

Should any scale of interruption occur, the flow on effects on the economy would be significant, and quite likely quickly felt.

This impact does not need a scenario where maritime trade needs to halt completely to become a problem.

The economic, and social, repercussions are not only related to our reliance on imports; our maritime trade exports in 2018 were A$344 billion.

Australians need to recognise that maritime trade underpins our society, our economy and our energy systems.

But, if we do not have adequate energy supplies, maritime trade itself will falter.

Maritime trade also depends on credit, and a failure of credit during a financial crisis is itself a serious potential risk that needs to be considered.

These economic interdependencies have compounded over time and have become so complex that trying to understand them, and then manage the resulting risks, becomes a task too big for many governments to face.

This article will use the example of transport fuels to explore how Government assesses the current and future risks to a vital infrastructure component.  This example will then be applied to the broader issue of maritime trade and the associated national security risks.

Our understanding and comprehension of ‘risk’ is influenced by our assumptions, as individuals, as a society and as a government.

We assume our logistic chains are reliable as they appear to be working.

Industry groups and business representatives remind us of the ‘reality’ that we have not had too much of a major problem with our fuel supplies in the previous 30 years so therefore the system must be working.

Can the market forces so confidently spruiked by governments and industry lobbies actually provide for energy security?

No, they cannot, is the simple answer.

The lowest price has become the default target.

We want more ‘stuff’, we want the cheapest ‘stuff’, but what is the cost of the lowest price?

The answer, in my view, is that the real cost is poor resilience, increased vulnerability and inadequate national security.

The discipline of ‘logistics’ is not well understood beyond logistics specialists; it is difficult and multi-faceted, and certainly from a military perspective, takes second (or third) place behind the equipment and platforms.

For a government, the challenge of ‘logistics’ is central to getting our economic and security settings right; however, it is often neglected and frequently left to the market to sort out.

National security decisions should not be left only to economists.

The folly of this approach is addressed, in part, in a 2019 book entitled, The Economists’ Hour: False Prophets, Free Markets and the Fracture of Society by Binyamin Applebaum.

One of the themes of this book is that not everything in policy making or governance can be monetized, nor rationalized by a cost-benefit analysis.

In an interview for Bloomberg Radio on 13 October 2019, Applebaum argued that democracy is being strained because of reliance on markets and that  ‘…the pendulum needs to swing back away from [the] market toward the recognition the government has a valuable and viable role to play in economic management, … [and that] it has to be something better than the old nostrums about, you know, trust the markets, everything will be okay because, in fact, everything is not okay.’3

Editor’s Note: This article and the next were presented in Blackburn’s paper to the Goldrick Seminar held last Fall.

In a RAAF Reserve capacity, he subsequently supported the development of Plan Jericho, Plan Aurora and the analysis of IAMD options.

He is now the Board Chair of the Institute for Integrated Economic Research (IIER) – Australia and a Fellow of the Royal Society of NSW, the Institute for Regional Security and the Sir Richard Williams Foundation.

Featured Graphic: Industry experts estimate that maritime trade has dropped 40% for Australia since the outbreak of the Coronavirus.

The photo is taken from an article by Daniel Ziffer from ABC News published on March 10, 2020:

The shattering decline of our international trade heralds a grim economic outlook for this year, according to experts in the transport sector.

“I think there’s no doubt that we are heading towards a recession,” said Neil Chambers, director of Container Transport Alliance Australia.

Mr. Chambers, who has ridden the ups-and-downs of the transport field for 35 years, sees it as inevitable.

“We think (container) trade is down 30 to 40 per cent, particularly on imports. The logistics industry, particularly with the international trade, is a really good indicator of economic activity and this will have an impact, no doubt, on the Australian economy. That’s just evident from the lack of flow-of-trade from China,” he said.

That is because we’re now more deeply linked to world trade than ever before. Holding huge stocks of the parts and ingredients companies need takes up expensive warehouse space. So, many prefer to ship goods in to arrive for what is called “just in time” production.

But the coronavirus crisis has exposed our reliance on such imports, from ingredients to building materials.