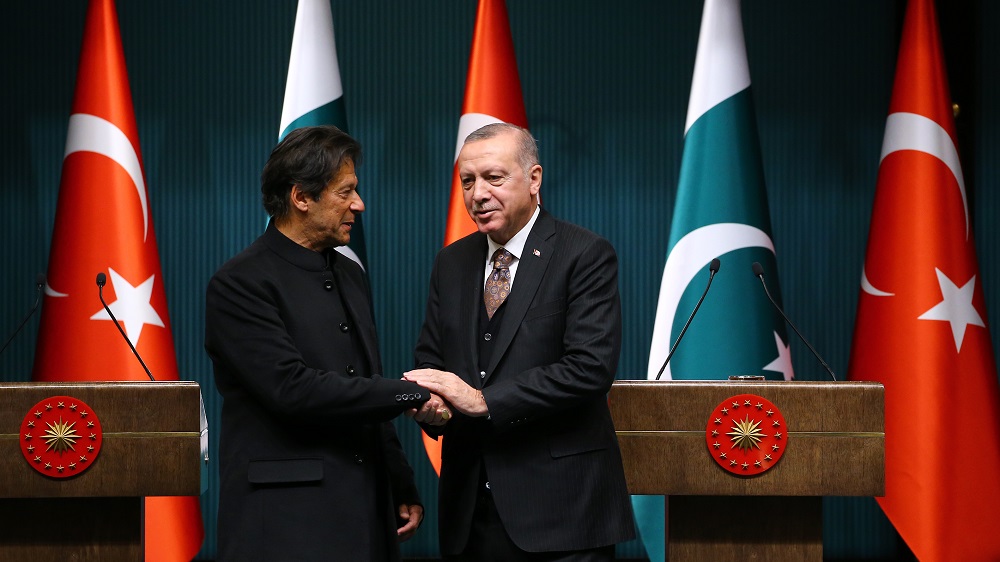 In October 2019, there were reports that Turkey’s President Recep Tayyip Erdogan expressed his dissatisfaction that it was unfair on the West’s side to keep Turkey away from developing nuclear bomb.

This would mean, not just tactical, but Turkey could have strategic nuclear weapons too on its territory as a deterrent against adversaries in the region.

Turkey however, is a party to the Nuclear Non Proliferation Treaty (NPT), and any attempt to develop nuclear weapons can lead to international sanctions against Turkey.

Turkey has already proceeded with nuclear cooperation on nuclear energy with Russia, but there is no specification unlike in the Iranian nuclear cooperation with Russia, where spent fuel will be sent from Iran to Russia, as to whether Turkey would need to do the same. But in all likelihood, Russia would demand an agreement that would require Turkey to send its spent fuel.

However, there are assumptions that Turkey in future could acquire nuclear weapons from Pakistan. Pakistan is not a party to the NPT. Moreover, Turkey has also stated that the NPT is unfair and hence, in future if the NPT became a hindrance for Turkey to acquire nuclear weapons there could be a possibility of Turkey not continuing as member of NPT.

According to a Jerusalem Post quote, “in the 2000s, Turkey was a covert industrial hub for the nuclear black market of rogue Pakistani scientist Abdul Qadeer Khan. Khan’s network offered buyers a menu of both technical expertise and the materials to make a bomb. The electronics parts of the centrifuges, the most important items in this covert trade, were from Turkey.”

Hence, nuclear links between Pakistan and Turkey have long existed.

The question then is would Turkey utilize the nuclear technology of Pakistan?

Pakistan has invited Turkey to invest in its energy sectors and also participate in the China Pakistan Economic Corridor (CPEC). Last year, Erdogan has also helped Pakistan escape a huge penalty in a litigation involving a Turkish power company, Karkey Karadeniz Elektrik Uretim that involved $1.2 billion imposed by the International Centre for Settlement of Investment Dispute. In 2019, Pakistan-Iran-Turkey also signed the International Road Transport agreement to create a trade- corridor. Thus growing cooperation between Pakistan and Turkey is clearly visible.

Even if Turkey does not acquire entire weapon system, it could acquire know how to develop nuclear weapons from Pakistan.

In fact, if Iran-Turkey relations improve considerably, Pakistan could also have a joint cooperation mechanism to train Iranian and Turkish scientists on nuclear weapon technology.

Turkey already possesses nuclear reactors and hence, they could gain nuclear expertise to pursue nuclear weapons development program in their own country than getting it from Pakistan to avoid any proliferation accusations against itself.

Nevertheless, whether Turkey chooses to acquire nuclear weapons technology directly from Pakistan or just the know-how, would be driven by Turkey’s urgency of acquiring nuclear weapons and how well it is prepared to face international pressures.

Irrespective of any of the above decisions, Turkey would face stiff pressures from the international community.

But providing nuclear weapons technology to Turkey, would also invite international sanctions against Pakistan- a move that would adversely affect Pakistan’s economic condition which already is in doldrums.

Is Pakistan ready to accept this risk?