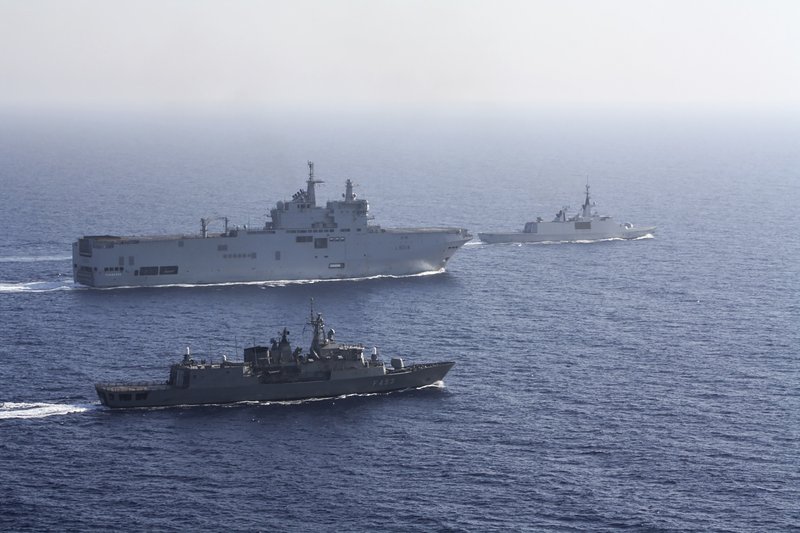 Paris – Greece is a prospective client nation for the Rafale, with the Greek prime minister due to meet the French president Sept. 10 to discuss an order for the fighter jet and other weapons, Greek media reported.

“According to sources, (Kyriakos) Mitsotakis and (Emmanuel) Macron will be ironing out the details of an agreement for the acquisition by Greece of 4.5-generation, Dassault-built Rafale jets and other material,” Greek website Ekatherini reported Sept. 7.

A potential Greek order for French frigates was also reported to be in the high level talks.

Athens’s interest in the Rafale was seen as reflecting heightened tension with Turkey, with the two nations in dispute over rights of access in the eastern Mediterranean, where control of oil and gas reserves was seen as the prize.

Greece was absent from a list of French export campaigns on the Rafale drawn up by the Direction Générale de l’Armement procurement office, which made the interest from Athens   a surprise, an industry executive said.

Perhaps that interest reflected Macron’s seizing a “political opportunity,” with the French head of state making a maximum effort to pitch the Rafale, the executive said.

That French proposal competes with a US offer of 20 Lockheed Martin F-35 fighters, worth $3 billion, website La Tribune reported Sept. 1

Greece had reportedly delayed a purchase of two French frigates for defense and intervention (FDI), with the Greek economy weakened by the Covid 19 lock down.

Dassault Aviation, builder of the fighter jet, will propose a squadron of 18 Rafales to Greece, with 10 new units and eight units previously flown by the French air force, following recommendation from Macron and defense minister Florence Parly, La Tribune reported.

On talks on the sale of two FDI warships, the value of that deal could slip to €2 billion from €2.5 billion, with rival British and US offers of respectively Type 23 antisubmarine warships previously sailed by the Royal Navy and the Littoral Combat Ship, La Tribune reported.

If Greece bought the French frigates armed with cruise missiles, Athens would pay for integration of the weapons, as the FDIs ordered for the French navy are not equipped with that weapon, the executive said. Greece would need satellite and aerial reconnaissance to guide those missiles, which implied a reliance on French military cooperation.

The coronavirus has hurt the Greek economy but the government has resources to buy arms.

“Greece has responded swiftly to the pandemic and has effectively limited infections, but the economy has been hit hard,” said Tim Bulman, economist at the OECD, an economic think tank. “It has created extraordinary uncertainty for the short-term outlook.”

The Greek authorities have access to ample funds, with a substantial cash reserve of close to €34 billion, and the European Central Bank has included Greek government bonds in its purchasing since the start of the Covid-19 crisis, he said. Greece will have access to €31.5 billion from the European Union for recovery and rebuild resilience from the health crisis.

The OECD forecast Greek gross domestic product will fall by 9.8 percent in 2020 if a second wave of contagion leads to further lockdowns this year, with growth of 2.3 percent next year. That compared to average annual growth of almost two percent the past three years.

To overcome the Covid-19 crisis, the OECD’s latest economic survey of Greece called for  ambitious reforms and investing in public transport, public employment services, education and innovation, and in reducing administrative burdens.

Ties between Paris and Ankara have weakened, with France alleging a Turkish warship switched on a targeting radar on a French frigate during a Nato naval mission in July.

Ankara has denied that accusation and demanded an apology.

Turkey was open to talks with Greece to resolve disputes over claims over rights and resources in the eastern Mediterranean, the Turkish foreign minister said Sept. 1, Reuters reported. The two nations have made conflicting claims over the continental shelves of   islands in the sea.

That military presence underscored an “autonomous appreciation of the situation,” and the importance of free movement, safety in maritime navigation and international law, the defense ministry said.

The DGA’s list of export campaigns for the Rafale appeared in a July 21 parliamentary report calling for arms orders to be included in a French recovery plan aimed at boosting the  economy. That national relaunch plan excluded the arms industry.

Macron met the Greek prime minister on Corsica, where France held a summit of seven EU member states on the Mediterranean.

Feature photo provided by the Greek National Defence, a French Tonnerre helicopter carrier, rear left is escorted by Greek and French military vessels during a maritime exercise in the Eastern Mediterranean, Thursday, Aug. 13, 2020. Greece’s prime minister warmly thanked France for its decision to boost its military presence in the eastern Mediterranean, where Greek and Turkish warships are closely shadowing each other over a Turkish energy exploration bid in waters Athens claims as its own. (Greek National Defence via AP)