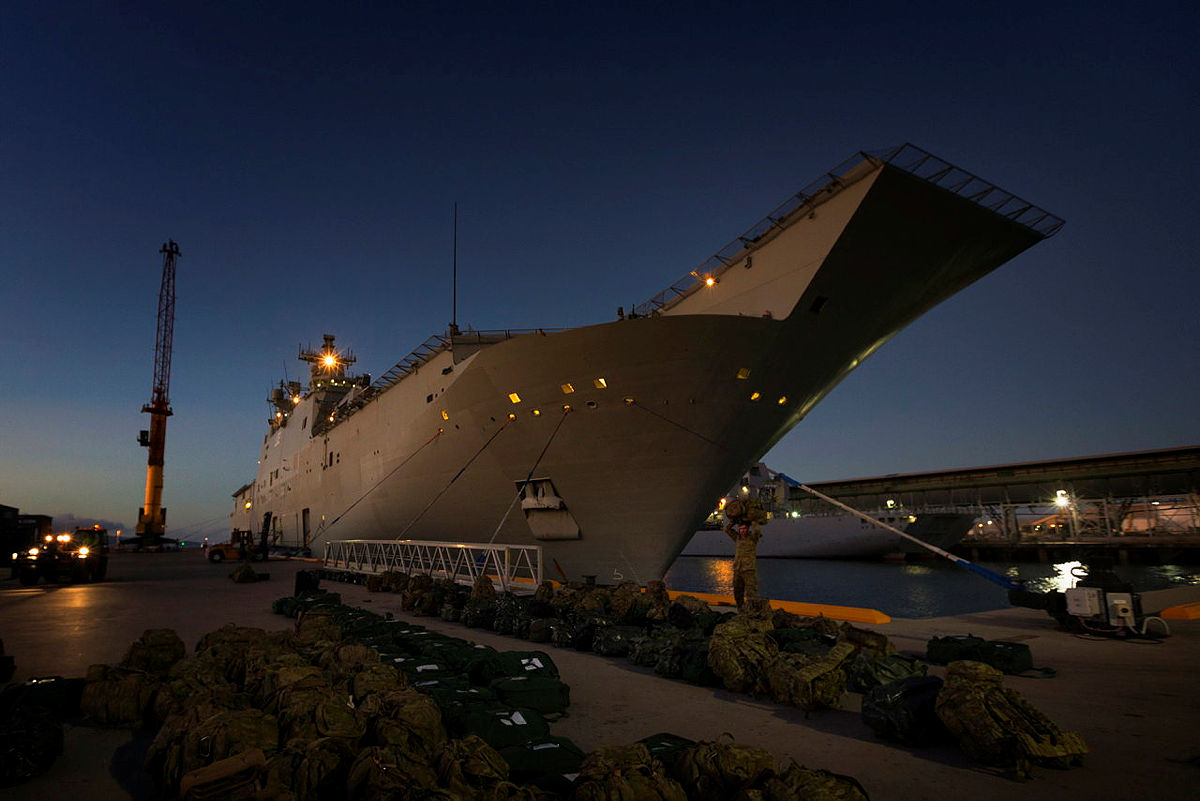 The Australian Defence Force and all three levels of government should work together to establish and maintain ‘mounting’ bases in Australia’s north from which overseas operations could be launched.

The ADF has home bases, mounting bases and bare bases, which serve specific purposes. Home bases are used for force generation and maintaining preparedness. Bare bases are there to be activated when needed, and mounting bases are established for specific operations and contingencies.

Mounting base infrastructure required for operations to secure Australia and its interests could be enhanced throughout northern Australia by closer linkages to planners and decision-makers within the three levels of government.

While it seems that there have been some attempts by Defence to consider mounting base requirements, they appear to be based on existing infrastructure, with no plan to integrate ADF requirements into future developments.

By comparison, in each state and local government area, significant effort has gone into the infrastructure developments required to support and develop communities and regions.

Defence improves the home bases of the army, navy and air force, generally without much consultation with local or state and territory authorities. This is to be expected given the permanency and purpose of home bases in training forces.

Mounting bases are different. Real attention is generally only paid to them when their potential operational use is considered. As highlighted in a previous post, mounting bases are employed, given operational security considerations, for their proximity to potential operations, accessibility by road, rail, sea and air, and the suitability of their infrastructure and logistics for the training, deployment and sustainment of the deployed force. Given Australia’s geographic location, these bases are normally situated in the country’s north.

There are two good reasons to pay attention to this now—the rising instability in our region and the increasing realisation of the benefits of developing northern Australia.

The recently released defence strategic update and force structure plan address the heightened imperative to meet emerging national security threats. For Defence planners, these documents point to the contingencies that could require mounting bases for ADF operations. If there was ever a time to get this right, it’s now.

There is also an increasing focus on the economic benefits of investing in northern Australia, especially since the 2015 Northern Australia audit, and around $12 billion has been allocated to the national Defence estate and infrastructure program over the next four years.

Informed decisions made at local and state government level could strongly support Australia’s national security. Without knowledge of Defence’s needs, however, uninformed state and local government decisions could, at best, fail to optimise the conduct of ADF mobilisation and sustainment missions. At worst, not collaborating effectively now could directly impact on future deployed operations.

Improved knowledge, linkages and coordination among the three levels of government about mounting base operational requirements and infrastructure, would make best use of the taxpayers’ dollar in northern Australia, while enhancing national security and improving prosperity.

All three levels of government invest in infrastructure. Where their interests meet, the costs could be shared to realise a national security effect, provide economic prosperity and jobs, and enhance the liveability of communities. In some cases, making choices that don’t involve additional costs could make the difference in whether infrastructure that better supports ADF mobilisation operations is built or not.

A simple example of effective coordination could be a planned port redevelopment. With a more informed understanding of Defence’s mobilisation requirements, a berth might need to be extended only slightly to maximise Defence’s use, for little cost.

Similarly, knowing the weight load and surface material requirements for armoured vehicle movements in a port, might be easily and cheaply addressed at the development stage rather than at some later date in order to meet an urgent contingency.

Simple inputs by Defence could make a significant difference to ADF mobilisation capability with no material effect on the operations of a port and at minimal cost.

Places in northern Australia where mounting bases for operations offshore are likely to be established are constantly being developed by state and local governments. A keener interest by Defence in this development work would likely find that a few simple contributions to the local development plans could yield significant benefits.

Providing advice to state and local government on mobilisation support adjustments would improve ADF capability now and in the future. Bearing in mind the characteristics required of a mounting base, some engagement and attention paid now, could save time and money when we really need both.

Mick Reilly is a consultant to industry, business and government after having served in Defence for more than 30 years. John Caligari retired as a lieutenant general after serving for more than 36 years in the Australian Army and is now a strategic adviser.