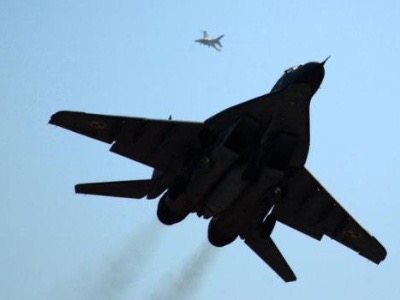 Algeria has apparently taken delivery of the first of 14 new MiG-29M/M2 aircraft it ordered from Russia in 2019.

This is according to menadefense.net, which reported in late October that the first fighters were delivered disassembled and were being prepared for their first flights at the Oran air base.

The MiG-29M/MiG-29M2 fighters will replace MiG-29S aircraft operated by the Algerian Air Force’s 193rd fighter squadron. These aircraft are identical to the MiG-29Ms Egypt recently acquired, the website said.

In September 2019, Russian daily newspaper Vedomosti reported that Algeria had ordered an additional 16 Su-30MKA aircraft, joining the 58 already in service, and another 14 MiG-29M/M2 aircraft. Both purchases are worth around $1.8 billion, but the value could exceed $2 billion if weapons and equipment are added.

The MiG-29M (and two seat MiG-29M2) is an improved version of the MiG-29 featuring longer range due to increased internal fuel, a lighter airframe, slightly more powerful and improved RD-33MK engines, an in-flight refuelling probe, multi-function displays in the cockpit and improved avionics.

This article was published by defenceWeb on November 2, 2020.