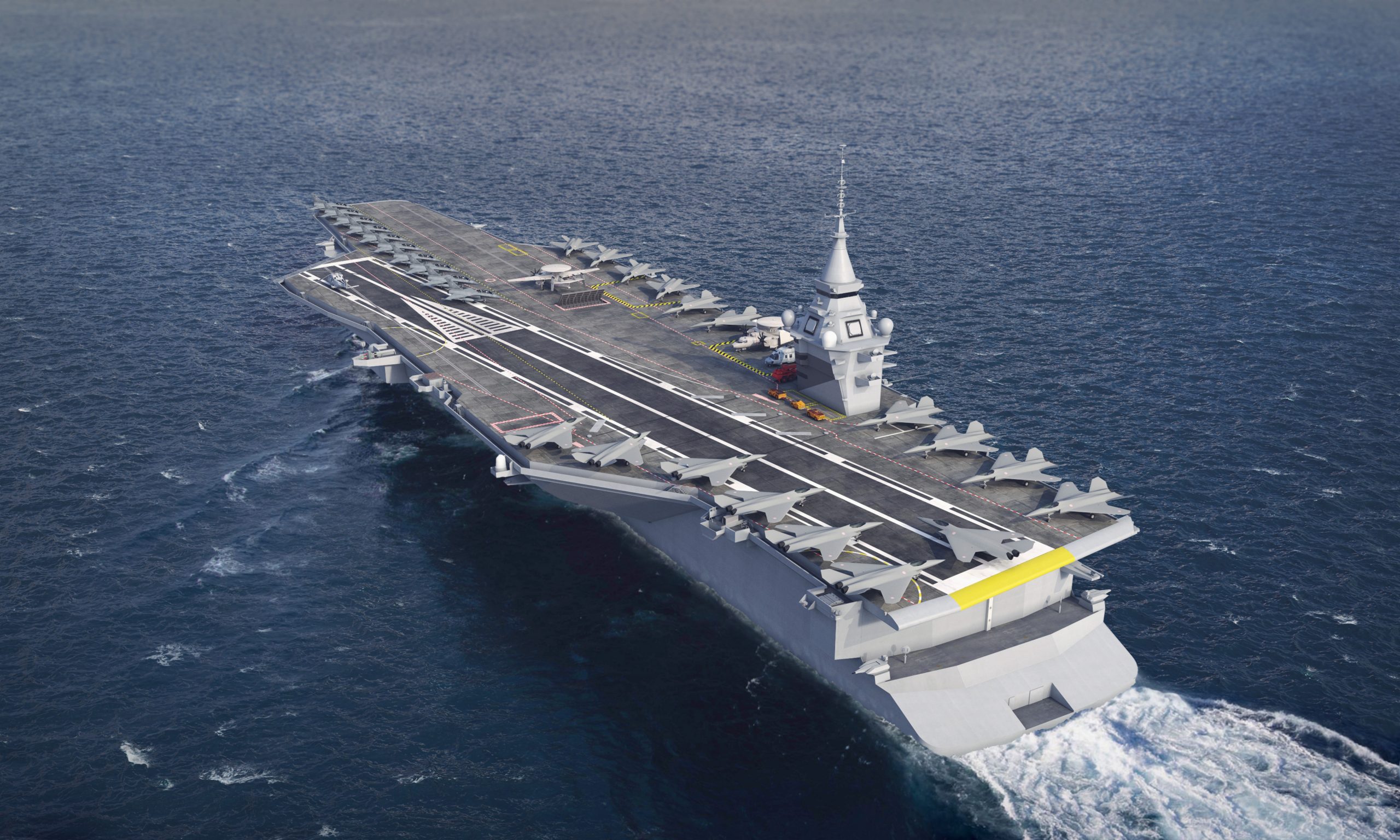 Macron made that long-awaited announcement of nuclear over conventional diesel-powered vessel on a visit to nuclear energy company Framatome, in Le Creusot, central France.

“Our strategic future, our status as a great power rests on the nuclear sector,” he said. “Nuclear remains the cornerstone of our strategic autonomy.”

The budget for that naval project was estimated at €7 billion ($8.5 billion), afternoon daily Le Monde reported, while business website La Tribune reported the program was estimated at €4.5 billion, with the defense ministry setting aside €900 million in 2020-2025, of which €117 million earmarked in 2021.

“The president of the Republic has just announced it: the new generation aircraft carrier will be nuclear propulsion,” Armed Forces minister Florence Parly said on social media.

France proudly proclaims its navy and the U.S. navy  are the only services which sail nuclear carriers, and are capable of full deck take-off rather than ski jump jets..

The planned warship will weigh some 75,000 tons, have a deck of some 300 meters, and a breadth of 80 meters, the ministry said in a statement. The vessel will sail at 27 knots, be equipped with electromagnetic catapults and carry some 30 fighters of the future combat air system. A crew of some 2,000 will sail the capital ship.

The British Queen Elizabeth carrier sailed by the Royal Navy weighs 65,000 tons, is 280 meters long, and a top speed of more than 25 knots, the service website said.

The planned French carrier will be powered by two K22 nuclear-powered boilers, generating a total of some 450 megawatts of power, compared to 300 MW from the two K15 boilers on the Charles de Gaulle, website Mer et Marine reported.

The greater power will be needed to work the General Atomics catapult and arrester gear, the Electromagnetic Aircraft Launch System and Advanced Arrested Gear.

That equipment is expected to cost €1-1.5 billion.

The pick of nuclear power was based on a study of options on naval architecture and power, and further studies would be made to 2025, when building would start on the carrier, the ministry said. After two years of sea trials, the ship will be fully operational in 2038.

The Charles de Gaulle was due to be retired in 2038.

The operational availability will rise as a major overhaul will be needed every 10 years rather than the present seven to eight years.

“And this decision will allow the capability of our nuclear industry to be maintained,” the ministry said.

There was close debate on whether the carrier would be conventional or nuclear, Le Monde reported, as there have been advances in diesel-electric technology.

But there was also concern to maintain nuclear capability in the 2030 decade as work on the third-generation nuclear ballistic missile submarine would wind down then.

The carrier will be built in the concept of collaborative combat, hooked into the communications network, draw on artificial intelligence, and be well armed, including direct energy weapons, the daily reported.

There will be two catapults, one to launch, the other to receive aircraft, a capability lacking on the Charles de Gaulle.

The carrier will be designed for interoperability with the F-35C and the F-35B short take-off and vertical landing version, Mer et Marine reported.

Studies are being made on landing spots for the latter, as the French carrier deck is not adapted to the intense heat from by the F-35B vertical landing.

“We are delighted with the announcement by the president of the French Republic, which will enable France to maintain its position in the very restricted circle of major powers holding a nuclear aircraft carrier,” Pierre Eric Pommellet, executive chairman of Naval Group, said in a statement.

“This project will help develop jobs in the defense industrial and technological base and ensure the continuity of our skills in the current health and economic crisis,” he said.

NG works as system integrator and prime contractor for the French submarines and surface vessels.

France has had close carrier ties to the U.S., with the Foch and Clemenceau flying F-8 Crusaders when they were in service, Mer et Marine reported.

The French navy was ready to ship the F-18 on the Charles de Gaulle until the authorities opted for a Rafale naval version.

There will be debate on what to christen the new carrier, with talk of naming the vessel Giscard d’Estaing, the former president who died Dec. 2 at the age of 94, the website reported.

D’Estaing opted for a nuclear carrier when he was head of state 40 years ago, and his successor, the then president François Mitterrand, endorsed that by launching the program in 1986.

The adoption of the Charles de Gaulle name was a highly political statement and helped to maintain the costly program through governments of the right and left.