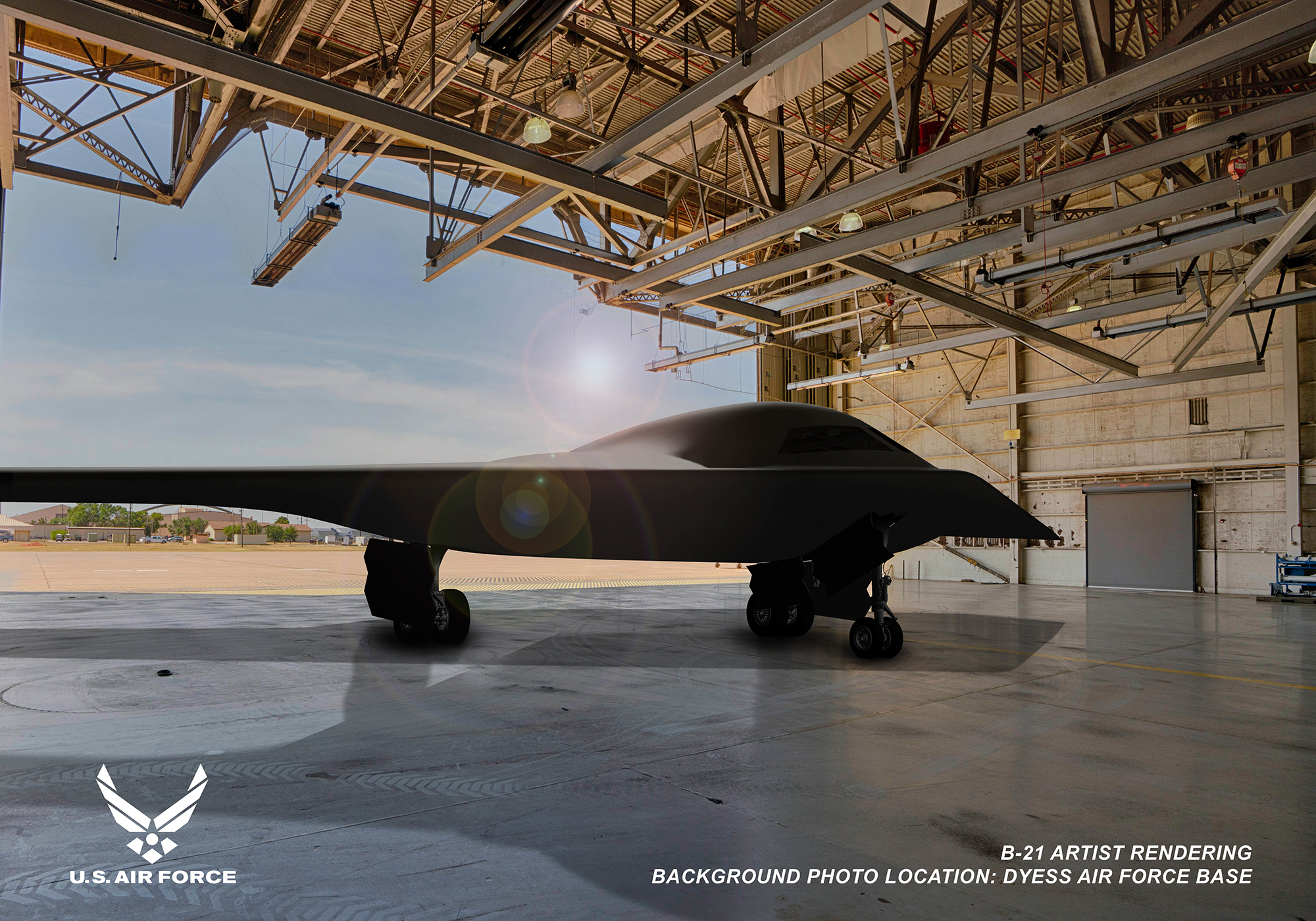 The Department of Defence appears to be in the early stages of identifying a ship-launched land-attack missile for acquisition. The government assessed in its 2020 defence strategic update that it is ‘essential that the ADF grow its self-reliant ability to deliver deterrent effects’. A recent government announcement hints at acquiring a weapon like the Tomahawk land-attack missile, or TLAM. Could it provide a deterrent? Or, if it failed as a deterrent, could it provide a robust strike option?

The TLAM or a similar weapon might appear to be a boost for the ADF. It would be a new capability in an area where the ADF sorely needs more tools. The Royal Australian Navy currently doesn’t have a land-strike capability, beyond the very limited effect provided by its guns and the Harpoon anti-ship missile. Even the Royal Australian Air Force has very few arrows in its strike quiver. The land-strike role was performed for a long time by its F-111s. When they were retired, the government acquired the JASSM strike missile and integrated it into the air force’s F/A-18 A/B ‘classic’ Hornet fleet as a partial replacement. Since the JASSM hasn’t been integrated into any other RAAF aircraft, the question mark over the ADF’s long-range strike capability is getting larger as the classic Hornets are retired.

But something like the TLAM probably isn’t the answer. That’s because the navy’s planned fleet isn’t going to have anywhere near the capacity to carry the number of missiles that would be necessary to make a difference in a conflict.

Let’s look at how the TLAM has been used. There are two broad scenarios. The first is as part of a large air campaign in which weapons such as the Tomahawk have been used to ‘kick down the door’—disabling command and control networks and air defence systems at the start of the campaign to allow sustained sorties by manned aircraft.

For example, in 1999, in an effort to persuade Serbia to stop ethnic cleansing in Kosovo and remove its forces from there, NATO bombed Serbia. During the campaign, NATO launched 218 Tomahawks, less than 1% of the 28,108 munitions delivered. TLAM strikes were followed up by 38,004 aircraft sorties, of which 10,484 were strike sorties. Ultimately, it took something like old-fashioned carpet bombing by heavy bombers to induce the Serbs to leave Kosovo.

Four years later, in Operation Iraqi Freedom in 2003, the US and its allies expended 29,199 munitions, of which two-thirds were guided. That included 802 sea-launched Tomahawks. Put another way, a huge number of long-range missiles made up only 2.7% of the total number of weapons used.

The problem for Australia in this kind of scenario is that, even if Tomahawks kicked in the door, we don’t have the air force with the size and range needed to follow up. I’ve discussed this challenge previously, and my colleague David Millar has discussed the lack of concrete in the Pacific necessary to support air combat operations.

The second use has been as a way for the US to send a signal without getting involved in a prolonged campaign. An example of this was Operation Infinite Reach in 1998, in which the US launched 79 Tomahawks against several al-Qaeda targets. Another was the 2017 strike on Syria’s Shayrat air base using 59 Tomahawks in response to the Assad regime’s use of chemical weapons.

The effectiveness of such strikes is debatable—al-Qaeda was still able to conduct the 9/11 attacks, and Shayrat was back conducting air operations within hours of the US strikes. The signal such strikes seem to send is ‘We aren’t willing to commit the resources that are needed to stop you.’

Just as importantly, the RAN will find it difficult to mount even those numbers of weapons. At the moment, its only surface ship capable of carrying the Tomahawk is its main air defence platform—the Hobart-class destroyer. The three destroyers have 48 vertical launch cells each, a number dwarfed by the capacity of both allies (the US Navy’s Arleigh Burke destroyers have 96) and potential adversaries (the Chinese Type 055 destroyer has 112). Once they’ve been loaded up for their air defence role, there’s likely to be little capacity left for land-strike weapons. The Hunter-class frigate will have only 32 cells, and the first ship won’t arrive for another decade.

This is one of the outcomes of the exponentially upwards spiralling cost of our ships. The head of the US Navy, Admiral Michael Gilday, said ‘we cannot afford to wrap two billion dollars’ worth of ship around 96 missile tubes’. Unfortunately, Australia is wrapping $2–3 billion worth of ship around one-third that number of tubes. And despite the government’s planned $575 billion spend on defence in the next decade, the navy won’t get an additional vertical launch cell to sea in that time.

The submarine force is unlikely to add much. While the US Navy is adding modules with vertical launch cells to future tranches of its Virginia-class submarines, the first of our Attack-class boats won’t have them, so any potential strike missiles would have to compete for very limited space with the torpedoes or anti-ship missiles being launched through their torpedo tubes.

It’s hard to see how a RAN taskforce could carry more than a dozen or so land-strike missiles without sacrificing its air defence capability and, through the government’s shipbuilding plan, that’s essentially baked into the navy’s force structure over the next three decades.

Even if we go up against an adversary with no anti-ship capability, allowing the navy to increase the number of land-strike missiles its ships carry, there are probably vanishingly few scenarios in which they’ll make much of a difference. If al-Qaeda and Syria can ignore a strike, then any local adversary could too.

But suppose an adversary established a forward operating base in our region that threatened our interests. It’s conceivable, for example, that in time of conflict the ADF could use ship-launched TLAMs against it to degrade its force-projection facilities or destroy aircraft on the ground. But once the taskforce’s small number of missiles had been delivered, it would take several weeks to rearm in southern Australia, giving the adversary time to regroup, reinforce and get ready for round two. That load-out also couldn’t be changed at sea should the nature of the fight change from land strike to maritime strike or air defence or anti-submarine warfare.

Another use could be to contribute to a U.S.-led coalition, much as the UK has employed submarine-launched TLAMs. It’s true that as the US Navy’s vessels age out, its numbers of vertical launch cells are likely to fall.

But again, it’s unlikely that any number Australia could provide would make much of a difference.

Moreover, the defence strategic update states clearly that the ADF needs to increase its self-reliant ability to deliver deterrent effects. Therefore, niche contributions to the U.S. should not be the primary lens through which to assess the potential capability.

In short, the opportunity cost of ship-launched land-strike weapons in both dollars and competition for limited space on our ships seems to outweigh the benefits.

There are, however, other potential ways to provide a credible land-strike deterrent. Land-based missiles, for example, are an approach that Defence is also exploring and which has a funding line in the force structure plan. They come with their own calculus of cost and risk.

A large number of missiles could be based in Australia and they would be difficult to detect and destroy, but they might not have sufficient range to reach potential targets. And deploying them overseas would require a large, costly overhead in other capabilities needed to transport and protect them.

There are, then, many possible strike options to evaluate. But there’s one that so far doesn’t seem to have received much attention. The number of strike missiles that a naval taskforce could carry is roughly equivalent to the number that a bomber could carry in a single sortie.

Plus, a bomber can rearm and return the next day. It can also both kick in the door with long-range weapons and follow up with direct attacks using cheaper, more plentiful short-range weapons (potentially in the same mission). It can adjust its load-out every day for different missions.

And a bomber has a human crew of only two who are in danger, in contrast to the 500 or more in a maritime taskforce.

Most of the cost of maritime platforms is due to the integrated systems needed to defend them, not their offensive capabilities.

Why not put some of that investment into more cost-effective ways of striking an adversary?

The B-21 bomber is certainly not cheap, but, in deterring an enemy and altering their cost and risk calculus, it may be a far more cost-effective strike platform than a ship.