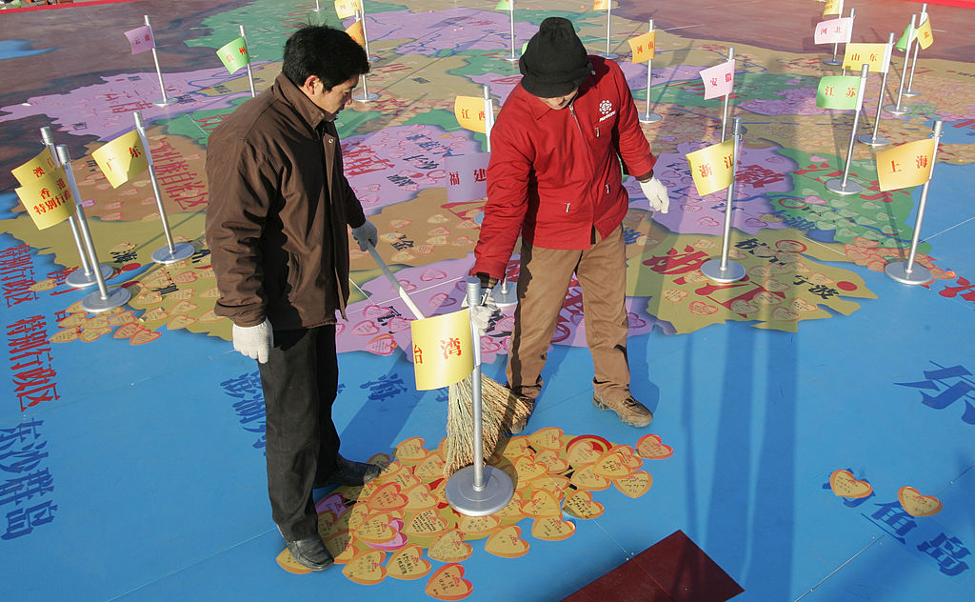 Recently, an editorial in the Chinese state-run newspaper the Global Times alleged that the almost 80-year-old Five Eyes alliance of Australia, Canada, New Zealand, the United Kingdom and the United States is an ‘axis of white supremacy’.

Such blatantly ridiculous statements beggar belief and most certainly do not warrant a response. More interestingly, though, the editorial is symptomatic of four critical flaws in the Chinese Communist Party’s strategic thinking about China’s future.

The first is a fundamental confusion over hegemony. When discussing the Five Eyes, the Global Times argues, ‘We cannot allow their selfishness to masquerade as the common morality of the world, and they cannot set the agenda of mankind.’

That kind of thinking conflates dominance and leadership. While it is, of course, possible to be dominant, real power comes from leadership.

Domestically, the CCP prefers to exercise its power to assert constrictive control over its population. Exercising this kind of absolute control or power in international relations is neither possible nor desirable.

The global powerhouses in international relations are reliant not on coercion, threats or control but on leadership and influence. Attempts to challenge the rules-based order with soft power or coercive and divisive threats will not result in CCP hegemony and are not a zero-sum game. When it operates within the rules-based order, the CCP’s penchant for division and dominance does little for maintaining peace, security and economic prosperity.

Second, international relations is not an activity that lends itself to binary choices or generalisations.

There’s a strange irony to the Global Times’ invoking of concepts of ‘Anglo-Saxon civilization’. Like the CCP’s broader strategic thinking, this perspective has more in common with dated biblical questions like, ‘Are you for us or for our enemies?’—an attitude largely abandoned in Western culture, let alone international relations. Let’s not forget that US President George W. Bush tried a similar turn of phrase in 2001, and it fell flat.

Engagement in the rules-based order is not concerned with a series of simplistic black-and-white questions or a matrix consisting of shades of grey; it is a rich and complex endeavour more akin to a Jackson Pollock painting than a Mark Rothko. As argued by Czeslaw Milosz, ‘The true enemy of man [humanity] is generalisation.’

Third, thinly veiled threats and coercive actions, economic or otherwise, are having less and less success. China’s constriction of rare-earth supplies to Japan, and later the US, has led them to initiate all-new strategies to secure their supply chains. More than a year of the CCP’s economic sanctions against Australia has hardened Canberra’s resolve and tarnished Beijing’s global reputation.

Finally, and most importantly, divisive wedge strategies and identity politics, whether at the national, bilateral or regional level, do not create power.

While the CCP’s identity politics may have some traction domestically, it falls flat internationally.

Stoking the fires of identity politics is by its very nature harmful. Narrative gestures that seek to link the governments of the Five Eyes countries with the increased ‘transnational threat’ of white-supremacist movements and pit their ‘tiny’ populations against the rest of the world along this fictional battleline are a homogenising tool that is counterproductive to the international diversity the CCP claims to champion.

In 2018, Victorian Premier Daniel Andrews’s memorandum of understanding with the CCP to be part of the Belt and Road Initiative surprised Canberra. Australia’s federation makes foreign affairs a matter for the Commonwealth government. The BRI agreement is an egregiously manipulative CCP endeavour likely designed to force a divisive wedge between the Commonwealth and the states. But the federation is strong enough to survive this.

Perhaps fear of Chinese economic retribution was behind recent ministerial suggestion from New Zealand that Australia should ‘show respect’ to China. Little wonder that this latest Global Times editorial tries to drive a wedge between the Five Eyes members. Australia and New Zealand have strong cultural and historical roots. And small New Zealand has expended blood and treasure for its allies.

The CCP is anxious about effective multilateralism, as its advantages come from dealing bilaterally. It’s much easier to exert control when you’re the much bigger party in a two-way relationship.

The Chinese state uses a divisive approach to multilateralism. Even the most casual observer can see this strategy playing out in the way the it engages with the Association of Southeast Asian Nations and its member states.

For decades, the economic development of ASEAN members was hindered by persistent shortages in high-quality infrastructure. The issue wasn’t a lack of desire but a lack of access to equity and investment.

Chinese direct investment was already flowing into the region before President Xi Jinping announced the BRI in 2013. Nonetheless, the introduction of the program was a watershed moment in ASEAN infrastructure development. It has also made most ASEAN members increasingly economically reliant on China.

This investment, especially in Laos and Cambodia, has influenced not only these countries but also ASEAN’s collective responses. Intense reactions to the CCP’s actions in the South China Sea seem unlikely to be forthcoming.

There is, however, an awakening across the region to the dependency that Chinese investment brings. This realisation is driving all new connections within and with the region. Symbolic projects like the Australia–Vietnam friendship bridge in Dong Thap Province and the Vietnam–Japan friendship bridge in Hanoi show that there are alternatives.

The Global Times’ comical analysis is reminiscent of the 1950’s propaganda produced by the Soviet Union.

The editorial also illustrates that one of the essential strategies for responding to the CCP’s attacks on multilateralism is a continued commitment to a rules-based order and the myriad possibilities it holds.

Editor’s Note: This article came under attack by the Chinese, according to a recent article in The Australian.

Chinese state-owned media has accused Australia of doing the US’s bidding and trying to “suppress China”.

The take-down came in response to an Australian Strategic Policy Institute article that declared the Chinese Communist Party had four critical flaws in its strategic thinking about China’s future….

An opinion piece published by the Global Times on Sunday said this described global power the US and not China.

“All these accusations can be applied to the US’s practices and are slaps in the Five Eyes’ own face,” Li Qingqing wrote.

“ASPI’s blaming of China for ‘threats and coercive actions’ is completely groundless.

“China has never required other countries to pick sides between China and the US, let alone imposing threats.

“The US coerces other countries to follow Washington’s policies, including suppressing Huawei and confronting China on the Hong Kong and Xinjiang affairs.”