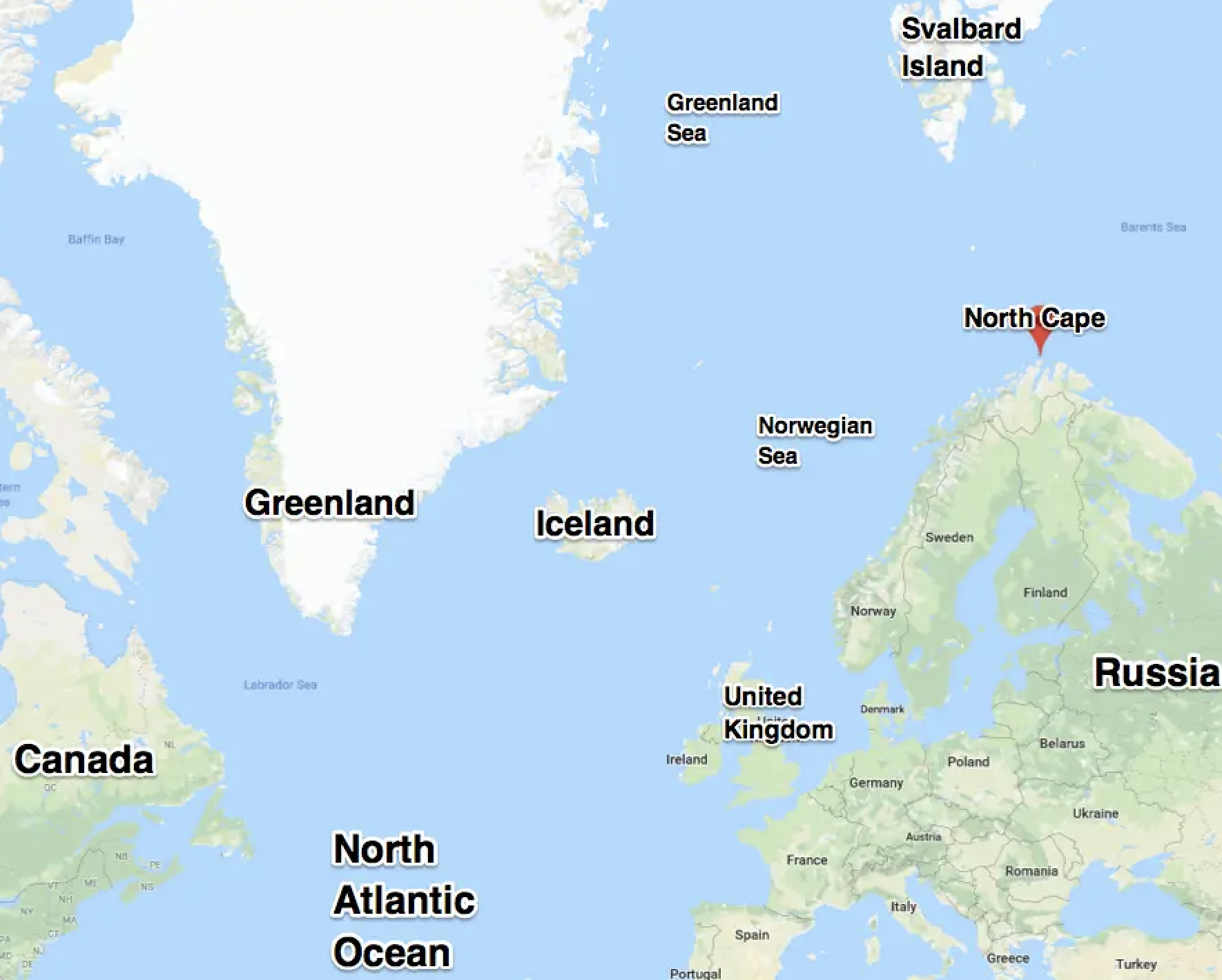 With the standing up of the U.S. Navy’s 2nd Fleet then CNO Admiral Richardson and the plank owner Fleet Commander Vice-Admiral Lewis demonstrated to the world and, especially the Russians and PRC, that the USN and a Joint Command of nations (JFC Norfolk) directly threatened are organizationally fully combat committed if necessary to address a deadly emerging  strategic threat from Russia emanating both from and over the sea.

The WW II German mostly U-Boat -ead Battle of the Atlantic, it should be noted they did early on try to engage with surface combatants including Battleship Bismarck, was a strategic naval campaign to isolate England and alter the course of the ultimate final Allied victory.

The seriousness of the German Naval high Command in this strategic endeavor can be captured by the gruesome statistic that of the 36,000 U-Boat sailors who went to sea only 3000 survived the war. Another strategic campaign was the U.S. Army Air Corps Mighty 8th and UK Bomber Command’s strategic bombing campaign over the skies of Europe. Sadly, in that fight the Mighty 8th lost 200,000 airmen KIA.

The geography of the Atlantic is the same but the technology and war-fighting campaign con-ops is way different.

The WW II Battle of the Atlantic was to keep the sea lanes of communication open to an isolated Island nation; England standing alone. Consequently, the U-Boat command guidance was essentially focused on stopping one way sea lift across the Atlantic.

Now with the 2nd Fleet and the fully engaged naval and air forces committed by our allies, the sea lines of communication to support dispersed geographic fighting locations such as ports, land supply depots, and battle-damage repair yards are fully disaggregated. Thus, a strategic campaign focused on killing sea lane commerce is not as predictable for the German sub-based WW II undersea “choke point’ campaign.  The bottlenecks sand chokepoints still exist, the infamous Greenland Iceland Gap,  but the demand function of time before depletion of resources is not as severe as it was in 1943 in the must succeed at all cost crossings west to east across the North Atlantic to resupply Britain and the Soviet Union.

An agile Fleet with the ability to mass and concentrate maneuver fire power over great distances at the commanders choosing is a hugely significant difference between the WWII Battle of The Atlantic and a 21st Century Naval and Air Campaign in the Atlantic.

However, today’s potential Battle of the Atlantic has a very nasty and dangerous dimension of combat.  Tragically because the complexity of successful disbursed targeting requirements defended by an  agile well-integrated air and sea combat force attack by the Russian Navy and Air Force, if Putin so orders. has an element of maximum danger that did not exist in WW II which is his threat of his using nuclear payloads.

Russian leadership nuclear saber rattling is one of the most significant combat challenges in the world today. I highlighted that approach in an article published in 2019: A real doomsday bomb from President Putin.

Is President Putin diabolically smart or simply a psychopath?  Perhaps he is both, because by his direct action, the world is now a much more dangerous place as the former KGB officer creates a nuclear doomsday scenario backed by real Russian naval capabilities:

Russia is said to have built a new 100-megaton underwater nuclear doomsday device, and it has threatened the US with it.

The device goes beyond traditional ideas of nuclear war fighting and poses a direct threat to the future of humanity or life on Earth.

Nobody has ever built a weapon like this before, because there’s almost no military utility in so badly destroying the world.

“The weapon is said to use a warhead, perhaps the strongest ever, designed to come into direct contact with water, marine animals, and the ocean floor, kicking up a radioactive tsunami that could spread deadly radiation over hundreds of thousands of miles of land and sea, and render them uninhabitable for decades.

“Malcolm Davis, a senior analyst at the Australian Strategic Policy Institute, previously told Business Insider that rather than a first- or second-strike weapon, he sees Russia’s new torpedo as a “third-strike vengeance weapon” designed to shatter NATO.”

In “Reagan One,” there was an early concept guiding our now emerging Space Command.  It was called the Strategic Defense Initiative (SDI), often mocked as “Star Wars.”  High Frontier was a plan initiated by the late Army General Dan Graham, which became SDI and was focused on defending against ICBMs with nuclear warheads inbound to strike America.

During the Cold War, there was an intellectual school of thought that became our strategic doctrine, called MAD, or Mutually Assured Destruction.  It was a doctrine focused on a nuclear exchange action/reaction cycle, looking at surviving a first strike to then launch a devastating retaliatory second strike.

The great image in those days between the U.S. and the allies on one side and the USSR on the other was “two scorpions in a bottle.”  Each side could destroy the other.  MAD was the guiding principle of the scientist who ran the U.S. WWII Manhattan Project that developed the atomic bombs that ended the war against Japan. “We may be likened to two scorpions in a bottle, each capable of killing the other, but only at the risk of his own life.” —J. Robert Oppenheimer

But a very smart Army officer, the late Lt. Gen. Danny Graham, USA (ret.), took real issue with the” MAD deterrence” concept and made a significant intellectual step in advocating for a “High Frontier,” which eventually became the U.S. Ballistic Missile Defense Organization. Lt. Gen. Graham nailed his quest to defend all Americans by making it family-personal and based his logic on his extensive military combat experience.

No better compliment to his life’s work could be captured by President Reagan. “As you know, Dan, you and I were talking about missile defense before you set up High Frontier in September of ’81…. You and a small group of dedicated, determined people helped us move the SDI concept over all the roadblocks put up by people of less vision and belief in American capacity.  God bless you!” —President Ronald Reagan, March 1993

Lt. Gen. Graham’s strategic war-fighting brilliance was taking the next step away from MAD, and his vision shines through in a paper he delivered to then-CIA director William Casey in the early first term of President Reagan.  It was approved for release by the CIA in 2009.

“We adopted this doctrine (MAD) in the mid-sixties and followed it in both our force structure and arms-control efforts.  The Soviets did not.

As for their nuclear offensive systems, the Soviets have shown their disdain for the MAD theorists’ insistence on “second strike” forces only.  They have concentrated enormous energies to create first and third strike forces instead.”

This was written almost four decades ago.  Note his emphasis on “third strike forces.”

Ironically, with real life imitating art, the fantastic movie Dr. Strangelove telegraphed the idea of a “Doomsday Gap.”  The movie was great fun but had an important point, made by the late actor Peter Sellers playing Dr. Strangelove, who commented on the Russian Premier’s creation of a “Doomsday Bomb” designed to destroy the world: “The whole point is lost if you keep it a secret.”

Today, right now, President Putin is not keeping the possible end-of-life nuclear-armed sub force secret.  In fact, just the opposite: He is bragging about that capability and stating his intention to use it as needed.

In addition to the U.S.’s current robust debate about looking to the heavens in the creation of Space Command, more resources should be immediately given to the United States Navy Anti-Submarine forces (ASW).  Nuclear-tipped ending-all-life torpedoes launched from the deep are now the most pressing clear and present danger facing America, full stop.

The strategic consequences of standing up the 2nd Fleet is one of the most important decisions made since the end of the Cold war.

Simply stated, Putin would be nuts with his current military doctrine and threats against America to pick a fight. But a great quote is that, “if someone says they can and will kill you believe him.”

Vladimir Putin is not a stupid man however nor are CNO Richardson and Vice-Admiral Lewis and the Joint Command Allied Admirals. Consequently, so far advantage to USN and Allies in standing up 2nd Fleet and the Joint Forces Command.