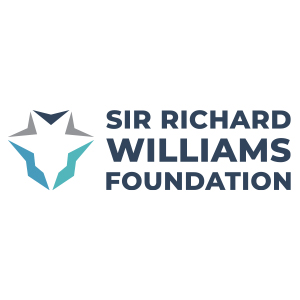 The Williams Foundation is holding its latest seminar on April 9, 2021 in Canberra.

The concept of the Unmanned Air System (UAS), or Unmanned Aerial Vehicle (UAV), is nothing new nor is their use in missions which traditionally challenge human performance, fragility, and endurance. Ongoing operational experience confirms unmanned systems on their own are not the panacea and trusted autonomy in manned and unmanned teaming arrangements in each environmental domain is emerging as a key operational requirement.

The narrative has progressed the argument for greater numbers of unmanned systems in a far more mature and balanced way than hitherto. The manned-unmanned narrative is now sensibly shifting towards ‘and’, rather than ‘or’. Manned and unmanned teaming leverages the strengths and mitigates the weakness of each platform and concentrates the mind on the important operational aspects, such as imaginative new roles, and the challenges of integration to generate the desired overwhelming firepower.

This capability will require a complex web of advanced data links and communication systems to make it operate as a combat system. Designing and building the ‘kill web’ so that it can enable the delivery of manned-unmanned firepower across domains will be a huge challenge not least due to the laws of physics. However, the ability to train, test, evaluate and validate tactics and procedures will add a whole new level of complexity to generate the ‘trusted autonomy’ required for warfighting.

The aim of the April 2021 conference is to promote discussion about the future implications of autonomous systems. It will investigate potential roles for autonomous systems set within the context of each environmental domain, providing Service Chiefs with an opportunity to present their personal perspective on the effect it will have on their Service.

The conference will also explore the operational aspects of autonomous systems, including command and control and the legal and social implications that affect their employment. And finally the conference will examine the current research agenda and allow industry an opportunity to provide their perspective on recent developments in unmanned air, land, surface and sub-surface combatants

Arthur H. Barber III provided an insightful paper which provides, in effect, an introduction to the seminar and can be found on The Williams Foundation homepage.

The next generation of military force design is moving rapidly toward increased use of vessels, vehicles, and aircraft that have no humans onboard. This change is driven by military necessity; large military platforms with humans onboard are increasingly expensive and increasingly at risk to adversary precision targeting and weapon systems. A wider distribution of force capability across more numerous, more risk-worthy, and less costly platforms is clearly an operational imperative of the future.

While referred to as “unmanned”, many of the systems in use today are more accurately characterized as “remotely operated” as human operators still remain directly involved in their control and sustainment. Emerging technologies are reducing the degree of this involvement, but many challenges remain to be dealt with in order for such systems to reach the full potential attributed to them by military visionaries.

Military platforms have typically brought together in one place a set of sensors and payloads that humans onboard directed toward military missions, whether conducting a sensor search for specific things, delivering logistics, or completing a full effects chain against an adversary. Human crews interpret data and provide tactical direction for these actions, and most such platforms are multi-mission.

The level of detail of this human direction determines the amount of networked connectivity that must be provided for the unmanned system. Connectivity, especially across ranges beyond direct line of sight, will be heavily contested by modern adversaries. Technologies that employ techniques of machine learning (ML) and artificial intelligence (AI) to reduce the amount of data that must be transported to support human direction and thereby lighten the demand on connectivity will be critical to the future warfighting potential of unmanned systems.

Military unmanned systems can be thought of as providing capability in three broad categories of missions: delivering sensors; delivering payloads; and conducting engagements. Each of these drives specific types of technical, operational, and doctrinal issues that must be addressed to achieve mission success.

Today’s generation of unmanned sensor-carrying platforms generally stream sensor data back, sometimes non-real-time, to a place where humans interpret it to identify contacts of military interest. Doing this real-time requires large amounts of bandwidth that will be difficult to sustain against modern adversaries, particularly at ranges beyond line of sight or under the water. New developments in ML/AI are required to distill this sensor data onboard the vehicle down to highly trustworthy and concise contact reports that can be delivered promptly within limited bandwidth.

The specific requirements for doing this for military missions cannot solely rely on the ML/AI technologies that the commercial sector is developing for their purposes; the military’s requirements are different and the historical data needed to “teach” the ML/AI for wartime missions is generally not available today. This is by no means an easy or solved technical problem, but it is one where substantial developmental work is occurring.

Unmanned systems permit military payloads such as weapons or logistics, to be positioned and moved in a more widely distributed manner, and in smaller, more risk-worthy packages than would generally be possible with manned platforms. The end-state of actual delivery of these payloads – whether the firing of a weapon or the transfer of logistic items – still requires human action, as does periodic replenishment of the platform’s energy supply and maintenance of its systems. Autonomous safe navigation of unmanned platforms in a complex, often ambiguous military operational space that may change rapidly in wartime from peacetime norms is a rapidly advancing technology.

Much work remains to be done to achieve the degree of reliable performance and endurance required for this unmanned mission to reach its full military potential. While unmanned systems are certainly more risk-worthy than manned platforms, they and their payloads are still valuable and sensitive and they will be targeted. Their susceptibility to adversary destruction, or to capture and exploitation, in peacetime or war, is also a key doctrinal concern.

An often-stated vision for unmanned systems is employment for autonomous application of effects against an adversary, operating at decision speeds that are more rapid than that of humans, and thereby achieving operational dominance. The decision to apply lethal or irreversible effects, kinetic or otherwise, is one that under most conditions today requires a decision by an accountable human, at least in free-world militaries. This decision may be “man in the loop” with the human operator directly integrating data and applying judgement to make the decision, or it may be “man on the loop” with the human reviewing a machine proposal with the capability to reject it.

Either form of such “manned-unmanned teaming” can be reconciled with current legal and military doctrine, but there must be enough connectivity, information flow, and time for the human to exercise this role. The degree of trustworthy, transparent AI required to turn this decision over entirely to an unmanned system and thereby greatly accelerate tactical speed of action will require very significant technical development and doctrinal or policy changes, particularly for missions beyond immediate self-defense.

The development and fielding of unmanned military systems is proceeding rapidly at the technical level, often at rates that outpace the organizational processes for determining their appropriate integration into the military force. That is where the vision of the future encounters the reality of what these systems can actually do and are trusted to do today.

Today’s systems largely still rely heavily on high-bandwidth long-distance connectivity that will not be assured against modern adversaries, or that in the case of undersea systems may not be achievable at all. With the exception of some air systems, today’s unmanned systems also lack the mechanical and software reliability and endurance to sustain mission operations across a sufficient period of time and range of conditions to be tactically useful, particularly in the vast expanses of the Pacific theater.

Much technical work remains to be done in order to get unmanned systems to the level of capability needed for them to assume their envisioned role in the future military force.

Additional and accelerated development is required in four technical areas to deliver the full future operational promise of unmanned military systems a timeline that is needed to respond to the pressing threat challenges to which their use is an appropriate response:

Technical developments alone are insufficient, however; these must be accompanied by development of the new operational employment concepts and doctrine needed to employ these unmanned systems to best effect. By the time the technologies are in place that permit fielding unmanned systems in numbers that could deliver an effective operational capability in a mission area, the necessary changes in supporting structure, policy, and doctrine must be in place as well.

Exercises and experimentation with early prototypes must aggressively explore and resolve these types of issues before full-scale fielding of an unmanned element of the force. Key issues that must be addressed in parallel with technical developments include:

Unmanned military systems are a rapidly-developing area of the future military force. A force that has capable unmanned systems and employs them effectively will have distinct operational advantages in future conflict. The difficult technical, doctrinal, and logistic challenges that must be addressed to bring this to fruition must be clearly recognized and addressed in parallel to fully deliver this result. The military that does this best and fastest across a wide range of missions will put itself in a position of great strategic advantage.

Arthur H. (Trip) Barber III is a retired US Navy captain and civilian senior executive who was the Navy’s chief analyst for 12 years. He is now the chief analyst at Systems Planning and Analysis, Inc.

As published on the Williams Foundation website on February 19, 2021.