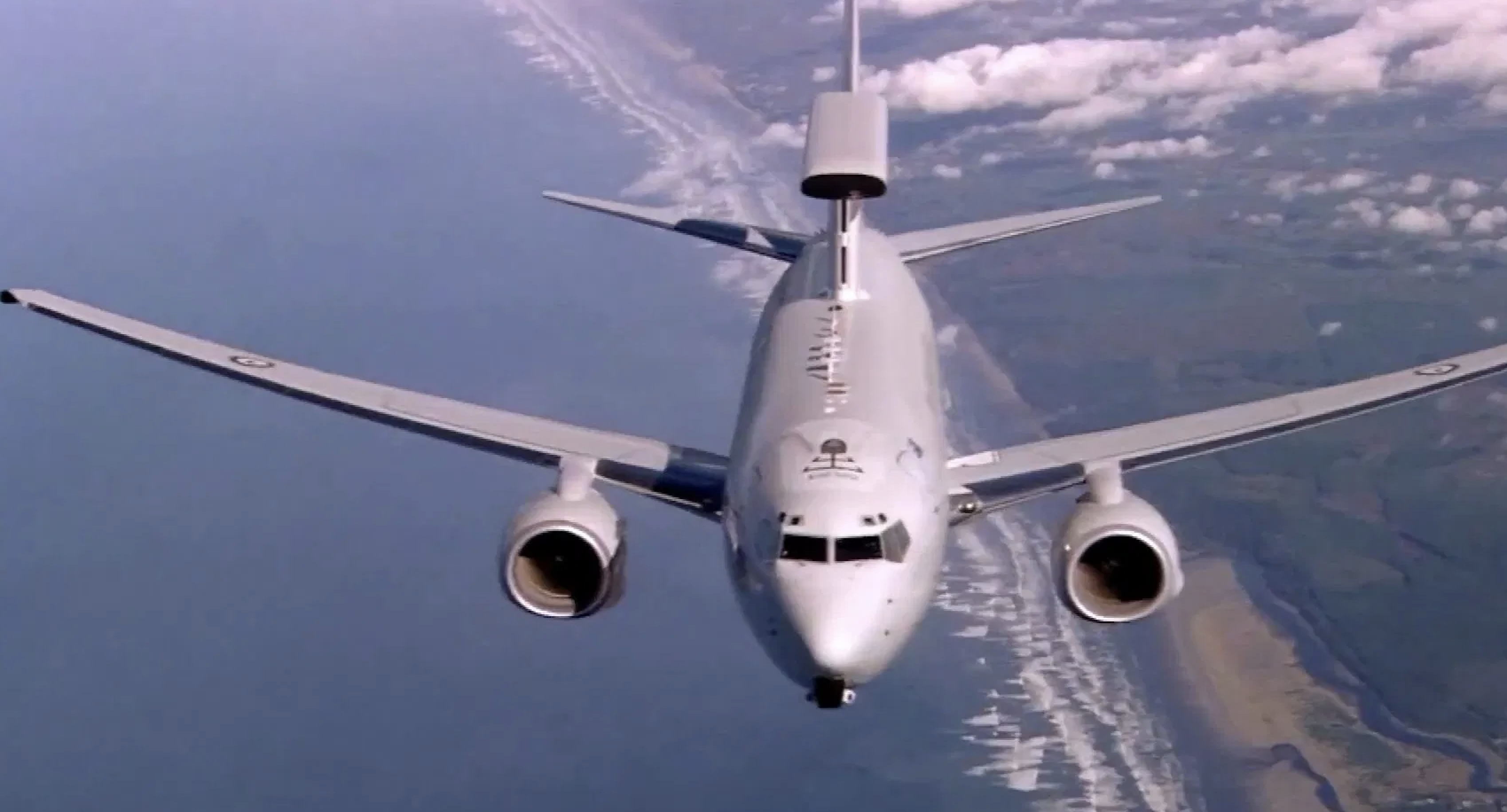 At a time of increasing strategic tension in the Indo-Pacific, the United States sees the Royal Australian Air Force as an extremely capable partner in the region.

Interviewed by The Strategist, the commander of the US Pacific Air Forces and of the air component of US Indo-Pacific Command, General Kenneth S. Wilsbach, says he’s flown and operated with the RAAF throughout his career and it’s an ‘absolutely top-notch’ air force. ‘There really is none better from the professional wisdom standpoint,’ he says.

‘Now you’re leading the world in many aspects of putting together airpower in a way that can create effects across a wide spectrum of capabilities. That’s impressive and we’re watching and following, frankly, from the US Air Force standpoint in many ways.’

One platform that has deeply impressed Wilsbach is the E-7A Wedgetail command and control aircraft based on Boeing’s 737 airliner and developed for the RAAF—which turns 100 today.

The Wedgetail proved highly successful on missions over Iraq and Syria during the war on the Islamic State terror group and Wilsbach saw it at close quarters when he was director of operations for US Central Command. ‘They did a fantastic job.’

He sees the Wedgetail as an ideal contender to replace the ageing E-3 Sentry airborne warning and control system aircraft, or AWACS, used by the US. ‘I’ve been a huge fan of the E-7, from the standpoint of reliability, but it’s got a lot of capabilities that the E-3 does not have,’ Wilsbach says.

PACAF is responsible for a vast region—about half the world’s surface—much of it covered by water. There aren’t a lot of ground-based radars, says Wilsbach. ‘We certainly can get some situational awareness from space, but the fact is, is that we need to have an airborne moving target indicator, some kind of aircraft that has a radar on it or a sensor on it that can detect flying objects and then network that information back to the air operations centre and shooters, for that matter.’

Wilsbach has also been extensively briefed on Boeing Australia’s ‘loyal wingman’ program and saw the uncrewed aircraft take its first flight at the Woomera testing range in February. He says the USAF is very interested in the wingman and in manned–unmanned teaming and unmanned platforms generally.

Attacking a well-defended target, an aircraft with a highly trained pilot might not come back. But if the wingman gets shot down, there’s not the worry that you’ve ‘lost a buddy,’ Wilsbach says. ‘We’re certainly watching it very closely and evaluating how we want to implement this as we go into the future.’

He says it’s remarkable that the wingman took just three years to develop to its first flight. ‘And I’m really thankful for the leadership that the RAAF has shown.

‘We’re in follow mode right now and we’re quite happy about that because the RAAF has been a leader a number of times throughout history.’

He says he’s impressed at the effectiveness with which the RAAF is assembling a fifth-generation air force. ‘That’s another area of leadership that’s very impressive.’

Australia’s 2020 defence strategic update indicated that the security situation in the Indo-Pacific was deteriorating and raised the possibility of a major conflict arising with much less than the 10 years’ warning time previously considered likely. So, how seriously does the PACAF commander view the situation and how important is it for his nation to have allies in the region?

Wilsbach says he’s concerned about developments in the region, including what China is doing in Hong Kong.

Previously, the Chinese Communist Party, not necessarily the Chinese people themselves, he says, had promised the people of Hong Kong that they could exercise democratic principles. Now they’ve gone back on that promise.

Then there’s friction on China’s land border with India, where China has taken over land that India claims.

‘We feel like that’s not in accordance with international law and certainly is abrasive to one of their neighbours. We’ve seen them in the South China Sea and the East China Sea, either taking over islands that didn’t belong to them or building new ones from reefs or sand bars or whatever. That’s certainly not in accordance with international law. We’ve seen them exercising economic coercion. When they don’t like something that a country has done, they impose pretty aggressive economic measures to place costs on that country.’

When Seoul agreed to allow the US to put the THAAD missile defence system on the peninsula, China imposed economic measures that cost South Korea millions and perhaps billions of dollars.

‘And then the predatory lending processes that we’ve seen around the region, where they lend a bunch of money to nations that need help with one thing or another, knowing that they can’t pay them back, and then use that as leverage to get something that they want. And I call that buyer’s remorse.

‘All of these things lead me to be concerned about a lack of a rule of law and a respect for other nations by complying with international law and norms. That has me worried.’

The situation demonstrates the importance of allies, says Wilsbach.

‘We can take advantage of that because when China looks at the US or if they look at Australia, they’re not just looking at Australia or the US, they’re looking at our entire team and they’ve got to put that into their calculus.

‘If they want to take it to the next level and create a conflict or a crisis, they have to calculate through what that’s going to mean for them, if we’re relatively unified. And I think that’s the strength of having allies and partners that are like-minded and are working toward objectives together.’

Joint training on intense exercises such as Australia’s Talisman Sabre and the US’s Cope North and Red Flag is vital to give the allies an edge, Wilsbach says.

‘We intend for those types of training to stress the force and to present difficult problems for the tacticians to solve … because they’ll improve their performance. They’ll increase their capability over time and then they’ll learn and they’ll actually develop new tactics, new techniques, new procedures to be able to win in a very difficult environment.

‘Potential adversaries are also doing this and they’re getting better as well. We absolutely need to make this difficult because our adversaries will try to make it difficult if we ever get into a conflict. That’s why it’s so important to do this on a high end, as well as frequently, because these are skills that are perishable oftentimes and we want to make sure that we’re proficient at these events as well.’

Australia refers to contested areas short of conflict as the ‘grey zone’ and it’s strongly focused on competing effectively there with potential adversaries.

‘We have different terminology, but it means the same thing,’ says Wilsbach. ‘We call it competition. I think it’s very, very similar.’

He says dealings with a potential opponent can’t be limited to military activity. ‘In the US, we’re counting on other parts of our government to help us out with this competition.’ That’s likely to involve the State Department, Treasury, Commerce and more. A whole-of-government effort is likely to be much more effective than military action alone.

‘All of those things will be important to perhaps avoid a crisis or a conflict.

‘We’re competing every single day in our operations, not just in the air force but … the navy and the marines and the army and the space force are conducting operations to compete with our adversaries around the globe. In my area of responsibility, that means China. It means Russia. It means North Korea and other parts of the globe. It means Iran. Those are the main competitors for us at the moment.’

RAAF chief Air Marshal Mel Hupfeld told The Strategist recently that technology was developing so fast that there has to be very careful examination of what could replace traditional aircraft or other platforms. It might not even be aircraft, but space-based sensors linked to weapon systems on the land or oceans.

The US military is advancing a concept it calls joint all-domain command and control, or JADC2, designed to connect information-gathering systems from all of the services into a single network.

‘The point of JADC2 is to create dilemmas for your adversary at a volume and a pace that makes a coherent response impossible,’ says Wilsbach.

Once a force knows what’s happening in the environment, awareness of all of those domains, along with the ability to instruct those deployed to create effects synchronised with the other effects, is a combination that’s very difficult for an opponent to respond to, Wilsbach says. ‘You’ll be creating those effects so fast that your adversary will not be able to respond in a way that will be effective for them.’

The technology to pull it all together is evolving rapidly. ‘We’ve got to be really careful because the technology that we’re acquiring today is incredibly expensive, and you don’t want to buy something that’s going to be obsolete in a few years or even next year. We have to be very wise and cautious as we go forward, to pick technologies that will be worth their weight.’

Wilsbach says the enduring ties that bind the Australian and US air forces are the same ties that bind the two nations and other allies. ‘And that is like-mindedness from the standpoint of our national objectives of freedom and democracy and the rule of law.’ Certainly, he says, Australia and the US share the objective of a free and open Indo-Pacific in a rules-based order.

He says he has prepared a video to be sent to the RAAF to mark its anniversary.

‘And the other message that we’ll have is, “Thank you for the incredible friendship”, because it’s not lost on me that every time I have been in harm’s way, I’ve been either shoulder to shoulder or in very close proximity to an Aussie. And what that says to me is that we share values and we’re willing to commit our nations’ treasures, which are really our young people, to further peace and stability and freedom around the world.